Get the app Get the app
AOPA Members DO more LEARN more SAVE more - Get MORE out of being a pilot - CLICK HERE
News & Media Foundation Focus: An aviation ecosystem

We've never given up-and we're not about to quit now

We've never given up-and we're not about to quit now 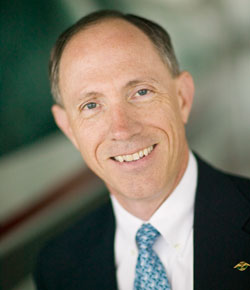 Think back to grade-school science classes when you first learned that all of life is interdependent—that we’re all in this together, for better or worse. Earth’s largest creatures—blue whales—are completely dependent on some of Earth’s smallest: plankton.

So it is with general aviation. Most people begin their flying careers in small, simple aircraft. It doesn’t much matter what an individual’s ultimate flying goals might be; a single-engine, piston-powered airplane or a glider is where the journey begins. Most career pilots get their first experience in exactly the same types of small aircraft as those who choose to fly exclusively for fun or personal transportation. And while there’s a lot of focus on career aviators, remember that their numbers are not nearly enough to support the survival of the GA ecosystem. The freedom of personal flight is something that should be aspirational and available to many more people. Bear with me; we’ll get to cost and complexity in a bit.

From that humble starting point, if the pilot’s skills, confidence, and dreams expand, increasingly capable aircraft may follow. It’s a natural progression—light single-engine piston, high-performance and complex piston aircraft, light twin, turboprop, and maybe jets. (And don’t forget the wonderful opportunities available with gliders, helicopters, seaplanes, balloons, and more.) Many of us stay in basic aircraft, just enjoying the wonder of flight.

Without that first step—pilots learning in small and simple aircraft—there can be no further steps. If we let the bottom of general aviation die out, eventually there will be few with the skills and qualifications to fly the jets, and much of the infrastructure that supports the GA jets will go away. When the plankton go, so does the blue whale.

And it’s not just lack of pilots that will hasten the collapse of the system. With fewer pilots, we lose GA manufacturers, innovation grinds to a halt, and airports close because there aren’t enough users to justify their existence—especially when developers are waiting in the wings with promises of big revenues for cash-starved cities and states. When pilot numbers become so small as to be irrelevant, we lose general aviation altogether. This has already played out in most countries around the globe—usually courtesy of an overreaching bureaucracy that drives cost and complexity beyond the means of the average citizen, often under the guise of safety and security.

There’s a saying from World War II that my father used: The difficult we do immediately, the impossible takes a little longer. That attitude would serve us well. Some say that GA can’t be saved. But, you didn’t become a pilot by quitting when things got tough. The Wright brothers didn’t listen to skeptics who said powered flight was impossible and that humans should keep their feet firmly planted on the ground. And Lindbergh didn’t cross the Atlantic by deciding it was impossible and staying home. We didn’t get to the moon by giving up when the things didn’t pan out the way someone thought they should.

The AOPA Foundation is committed to changing the course that general aviation is on, by working together with AOPA. We are two affiliated but different organizations. By working in four specific areas—growing the pilot population, promoting safety through the Air Safety Institute, supporting airports, and improving GA’s image—we can start the recovery from this graveyard spiral.

The AOPA Foundation has proudly provided funding to explore the reasons behind the appalling dropout rates among student pilots and is working collaboratively with the flight training community to improve the training experience. The goal is to help more students complete their training and become full-fledged members of the GA community. It’s a critical first step.

That’s only the beginning. GA has been in decline for years, and climbing back to altitude will take time and commitment. But this isn’t the first time we’ve been here. Just as in 1939 when AOPA was founded, major threats require decisive action and that tenacity has paid off in our freedom to fly. We’ve never given up, and we’re not about to quit now. Neither should you! Do your part to encourage the aviation enthusiasts in your life to live their dreams of flying—and support the efforts of AOPA and the AOPA Foundation, both financially and by volunteering to fly and educate the community. It’s up to us to make sure that the aviation ecosystem survives and thrives. The difficult we do immediately, the impossible takes a little longer.