Get the app Get the app
AOPA Members DO more LEARN more SAVE more - Get MORE out of being a pilot - CLICK HERE
News & Media Technique: Water, water everywhere 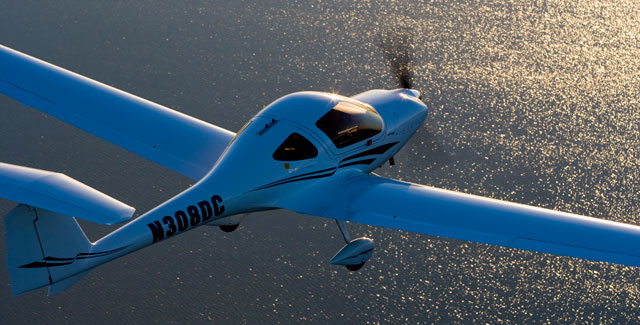 What pilot hasn’t thought of an overwater flying adventure? Not many, I’d wager. What better way to tackle a new challenge; visit places not easily accessible by any other means than general aviation; and maybe even save some time, fuel, and effort in getting there? We’re not talking about crossing the pond here—that’s a subject in itself. But what about taking a shortcut across the Great Lakes, or flying from the East Coast to the nearby Bahamas?

It’s all quite doable if you’re prepared. First you should examine your attitude toward flying across open water. Some nervousness is understandable when flying out of sight of land, but does the mere thought ramp up the approach/avoidance conflict? Then consider taking along someone with experience in overwater crossings—someone who can teach you the ropes, help you find your comfort level, and keep you company.

Of course, the airplane is another consideration. It goes without saying that the engine(s) should be well-maintained, and given a thorough inspection by a qualified mechanic before launching overwater. That goes for the avionics, databases, and other systems as well. An emergency locator transmitter (ELT) is a must; consider also taking an emergency position indicating radio beacon (EPIRB), which broadcasts vastly more accurate position reports via satellite over 406 MHz. Having an accurate fuel totalizer aboard is another very wise move.

And speaking of fuel, do your tanks have enough capacity to allow for comfortable fuel reserves? While 45-minute (IFR and night VFR) and 30-minute (day VFR) fuel reserves are the law, those are slim reserves when flying over water. On longer overwater flights I like to land with at least a two-hour fuel reserve, just in case of unexpected wind or weather conditions. Any auxiliary and/or fuel transfer pumps must be in good working order. You don’t want to be mid-leg and unable to use fuel in a tank with a malfunctioning transfer pump.

For longer overwater legs, installing a ferry tank can make a great deal of sense—just make sure the job is done properly and is approved under a supplemental type certificate. For transatlantic flights, I’ve flown with as much as 143 gallons (85 in ferry tanks) in a Cessna 172. That’s overkill for a Great Lakes or a Bahamas trip, but it’s still a reminder of a general rule for any overwater flying: You can’t have too much fuel.

Remember: You may have to divert for weather, turn around and go back, divert to an alternate airport, be unable to transfer fuel, or land at an airport that doesn’t have fuel—in spite of information to the contrary. Hey, it’s happened! It happened to me, in fact. I once landed at the Great Inagua Airport (MYIG) in the Bahamas only to be told there was no avgas. I had to fly to South Caicos—75 nm away—to fill up. Good thing I kept to my rule and landed at Great Inagua with plenty of fuel still in the tanks.

Tactics. Overwater flying procedures could be the subject of a book, but here are some essential points to bear in mind:

Weather. For your first few trips, make sure it’s good VFR. That goes double if you plan to cross the Great Lakes or any other large body of water when icing conditions are forecast. You do not want to ice up over the Great Lakes or any other body of water; these are places where the worst icing conditions can prevail. Save IFR flying for later. Icing is certainly not a problem in the Bahamas, but tropical storms and hurricanes could be. Once again, this happened to me on a couple of occasions when tropical storms chased me around the islands until I could land and tie down at an unaffected airport. Did I mention that there’s no such thing as too much gas?

Route. Most of the time VFR flights can be flown direct, which is a big advantage of overwater flying. But sometimes military operating areas (MOAs) and other special-use airspace can be factors, and you may have to circumnavigate them. By the way, look for ships as you fly. If you have to ditch, do it near them.

Flight plan filing. In the United States, filing flight plans is no big deal, but for flights involving Canadian, Bahamian, and other foreign airspace you’ll have to use the ICAO flight plan format. It can be daunting at first, but with practice you can fill one out in short order. The main thing is to file a flight plan, ICAO or otherwise. Obviously, you don’t want to be out there without anyone knowing where you’re going or when you plan on arriving. Besides, it’s the law when flying into foreign airspace, and of special import when flying to and from the Bahamas.

eAPIS (Electronic Advance Passenger Information System) and Bahamian procedures. It used to be that all you needed to fly to and from the Bahamas was a driver’s license and a willingness to have fun. But in today’s security environment some extra procedures are needed. This is another subject unto itself and there is inadequate space to fully discuss eAPIS here. Let’s just summarize it here by saying that you must register for eAPIS services, submit your and your passengers’ names and background information, file an eAPIS form (this is mandatory), and provide accurate estimates of your landing times at U.S. airports of entry (AOEs). Go online to sign up, learn more, and begin filing. Another Bahamian issue is the sparse radio and radar coverage over the Out Islands. It can be a challenge to file an eAPIS form for your return flight from the more remote islands—because filing must be done over the Internet, and Internet connections can be poor to nonexistent. Private service providers such as Easy AirJourney can help by activating your eAPIS via a telephone call. Another good practice is to contact U.S. ATC and/or Miami International Flight Service Station frequencies for a transponder code prior to crossing the air defense identification zone (ADIZ) boundary. This serves as a double check on your location and progress as you make your way back to a U.S. AOE.

Communications. It’s always a good idea to be in radio and radar contact with ATC, whether through VFR traffic advisories (aka flight following) or as part of IFR en route procedures. Have a problem or question? An answer is quick in coming if you’re already communicating. Certain flight service stations provide reporting services for those flying over Long Island, New York; Block Island, Massachusetts; the Great Lakes; and the Florida Everglades. When using these you must make position reports over selected frequencies at designated intervals.

Altitude. This one’s easy. Fly as high as practicable, taking winds aloft into consideration. The idea is to be able to maximize your glide distance should you lose power, and be able to communicate over longer distances.

Survival gear. The regulations are silent about life vests for nonturbine airplanes less than 12,500 pounds MGTOW, but having them aboard—and even wearing them while en route—can make sense when flying piston singles over water. So is having a high-quality life raft (preferably one with two-cell gunwales, entry ladders, water-making gear, a ballast system, and bailing pumps), signaling devices, flashlights, and a handheld VHF radio. A satphone is even better. As for survival suits, water temperatures in the Great Lakes may call for them, but they definitely won’t be needed for those flights to the Bahamas.

Even little things can turn out to have a big impact on the outcome of a ditching. Carry a knife; you’ll need it to deflate a raft that accidentally inflates while in the cabin. Carry a signal mirror, and know how to use it. To those in a search airplane your raft may be an indistinguishable speck, but the glint off a signal mirror is a surefire way to attract attention. A flare gun and marker dye also can help make you more conspicuous.

Ditching. Sorry to end on a glum note, but any discussion of overwater flying needs to include a mention of ditching. While rare, engine failures over water do happen (see “Ditching at Sea,” August 2012 AOPA Pilot, for an example). Luckily, most warm-water ditchings have happy endings. Again, this is a topic that is best addressed in a water survival course. I’ve attended the one offered by Survival Systems USA in Groton, Connecticut ( www.survivalsystemsinc.com), which features class sessions, a dunker, and even practice being extracted by a helicopter sling. I recommend it highly. Because luck favors the prepared, here’s a bare-bones checklist for piston singles in case the worst happens:

Concern about a ditching is definitely a part of overwater flying, but don’t let that ruin your fun. To me, overwater flying is one of the most satisfying experiences a pilot can have. And the odds of safely completing a flight far outweigh any risks. There’s nothing quite like seeing your destination shore coming into view, on time and with fixes right where they should be, after miles of open water.