Get the app Get the app
AOPA Members DO more LEARN more SAVE more - Get MORE out of being a pilot - CLICK HERE
News & Media &lsquo;It just couldn&rsquo;t be so&rsquo; 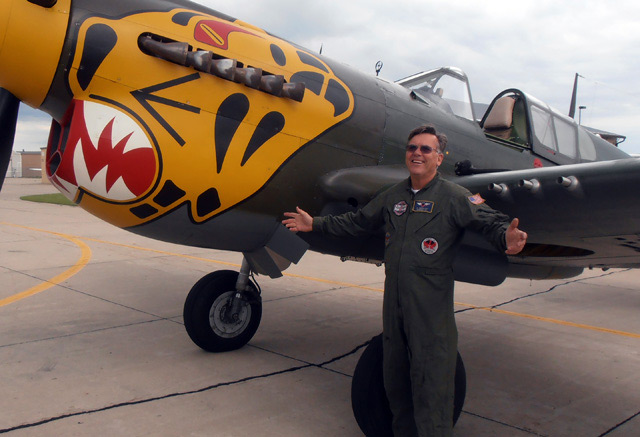 A legend in both airshow and vintage warbird circles, Robert Odegaard died Sept. 7 preparing for a show near his North Dakota home. Odegaard, 66, was at the controls of the second F2G Super Corsair he had painstakingly restored, one of the most powerful (and rare) aircraft of World War II, when it crashed during a maneuver at Barnes County Airport in Valley City, N.D.

The airshow was canceled as pilots mourned the loss.

Witnesses told the Grand Forks Herald that it appeared Odegaard was unable to pull out of a loop, and that he may have attempted to bail out. The NTSB is investigating the crash.

Odegaard told AOPA Pilot in 2008 that he was “infatuated with airplanes since I was really, really little,” though poor eyesight almost kept him out of the cockpit. He went to school to become an airframe and powerplant mechanic, and learned that a medical waiver could allow him to pursue a dream of flying kindled when he was a boy watching crop dusters work the farmland surrounding his home. Odegaard would go on to establish himself as a skilled restorer of vintage warbirds, and a pilot who could fly just about anything with wings. 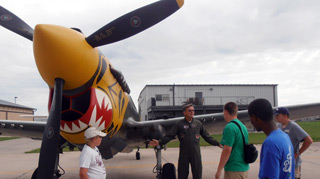 “There was not a person that Robert met that did not instantly like him, respect him, and want to be around a man so in love with airplanes, the idea of flight,” said Fran Brummund, executive director of the Fargo Air Musuem that Odegaard helped to create. The museum joined in celebrating Odegaard’s life, coordinating events around a Sept. 11 memorial service including a pancake breakfast fly-in. “Dear friends of his were on their knees upon hearing the news … it just couldn’t be so.”

Odegaard is survived by his wife, Donna, sons Brady and Casey, and daughter, Halley. Brummund said the family is extraordinarily close-knit, and united in passion for aviation.

“Bob Odegaard once told his family that if he ever died in a plane crash, we shouldn’t say it was fitting that he died doing something he loved,” his obituary states. “According to Bob, ‘Sure, I love flying, but I’m pretty sure I wouldn’t have loved crashing.’”

Odegard had recently completed the restoration of his second F2G; friends told local media he was a “careful” and “cautious” pilot. He ran a crop dusting business for 31 years without an accident, according to his obituary, and invented the airfoil spray boom, still marketed today as the Superboom. He began restoring warbirds with a P-51 project in 1989 that he named after his wife, “Dazzling Donna.” Odegaard also restored—and flew—a vintage DC-3 that was painted yellow, with a big smile, dubbed “Duggy” and given a mission to inspire love of aviation at airshows around the country.

“Robert was the human Duggy, the smile in the sky,” said Brummund. “He was happy every single day. He danced with airplanes, on the ground and in the air.”
Odegaard was inducted into the North Dakota Aviation Hall of Fame in 2011, among many awards and honors bestowed during his life.

“There aren’t enough words to describe what this man meant to so many men and women and children,” Brummund said.