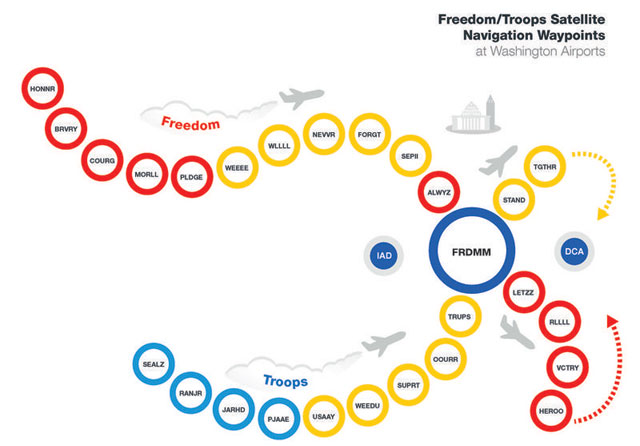 As airline passengers near Ronald Reagan Washington National Airport on this eleventh anniversary of the Sept. 11, 2001, terrorist attacks, their aircraft will navigate along some interesting waypoints.

After FRDMM, depending on the winds at Reagan, the aircraft might cross STAND TGTHR, or LETZZ RLLLL, which leads to HEROO.

It’s possible that aircraft will instead use the TRUPS One Arrival that includes these waypoints: USAAY WEEDU SUPRT OOURR TRUPS.

The waypoints were named by the FAA’s Washington Metroplex Design and Implementation Team last year to commemorate the tenth anniversary of the attacks.