Get the app Get the app
Already a member? Please login below for an enhanced experience. Not a member? Join today
News & Media Flight Design pitches transatlantic adventure 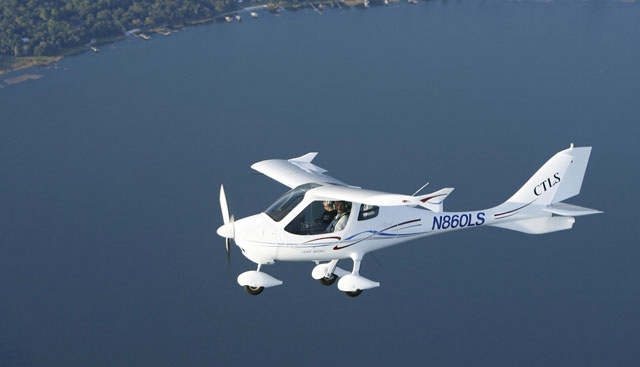 Flight Design has lined up briefing and planning resources for buyers interested in taking a European tour in their brand-new CTLSi. The promotion, announced this month, also presents the option of flying home to North America for pilots with an “extra measure of adventurous spirit.”

The company is booking production and delivery slots for 2013. Crossing the Atlantic Ocean in an LSA is not as farfetched as some might think: Flight Design boasts three successful circumnavigations to date. An Indian Air Force crew completed a 2007 circumnavigation in a Flight Design CTSW, making it around the world in 80 days. A pair of Swiss pilots circled the globe in 2010, flying two Flight Design CTLS equipped with extra fuel.

Flight Design is offering expert guidance and pilot briefing services for new owners who opt to take delivery in Germany, and embark from the factory on a European tour in their new LSA.

"We believe we've created a new and incredibly exciting way of delivering added value to our customers," Flight Design USA President Tom Peghiny said in a company news release, offering to “treat our newest owners to a unique and special level of service in another part of the world."

For those whose spirit of adventure stops short of crossing oceans, the company will arrange to have the new aircraft shipped across the Atlantic.