Get the app Get the app
News & Media Finding flamingos

A bird's-eye view for conservation

Have you ever had one of these days? You’re flying above a thousand brilliant pink flamingos, over a deserted white sand beach. On one side are the azure tropical waters of Mexico’s Campeche Bank; on the other, vibrant green coastal wetlands. A refreshing blast of warm air blows through where the cargo doors usually sit.

No? Well, neither had Chris Boyer, a Montana pilot and aerial photographer, until he received a call from the conservation aviation group LightHawk. Equally comfortable behind the lens, in the cockpit, or wrangling a herd of goats on his farm, Boyer found himself flying fifth seat in LightHawk’s Cessna 206 soaring over Mexico’s Yucatan Peninsula. His adventure with LightHawk started six years before when he saw his cumulative flight timer roll over from 999.9 to 1,000 hours. At that the moment, Boyer picked up the phone and applied to be a volunteer pilot. Now, he found himself staring out the open cargo door of the 206, photographing a cloud of pink flamingos.

LightHawk was started in 1979 when charismatic bush pilot Michael Stewartt decided that more people needed to experience what pilots see every time they fly. He bet that by putting scientists, legislators, journalists, photographers, community members—and other interested, influential, and effective people—in the air, conservation efforts would benefit.

His gamble paid off. Since those early days of one borrowed airplane and one pilot, LightHawk conducts about 1,000 flights annually. More than 200 private, commercial, and ATP-rated pilots fly missions throughout the United States, Canada, Mexico, and Central America. All volunteers, LightHawk pilots reach into their wallets to make these flights happen.

In the United States and Canada, most missions are conducted in the volunteer pilots’ aircraft. The fleet of aircraft used ranges from Super Cubs and Huskys to Pilatus PC–12s and Quest Kodiaks, with a few rotary-wing and jet aircraft thrown in to keep things interesting.

But in Mexico and Central America, LightHawk is a different animal. There, most flights are conducted in LightHawk’s Cessna 206 and flown by volunteer pilots who commit to two-week stints at the controls. Between January and June, when weather conditions are most predictable, they fly missions for more than 80 organizations in Belize, Guatemala, Costa Rica, Panama, Honduras, and Mexico. 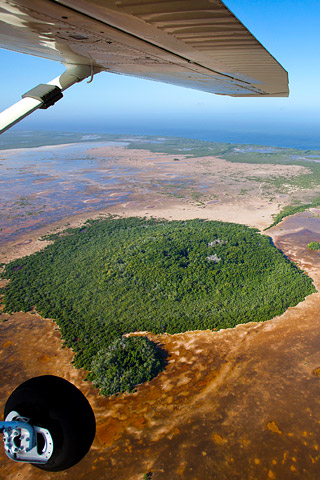 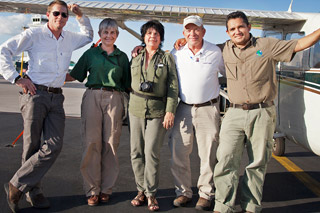 Preparing LightHawk’s workhorse for its annual run is no small task. Preflighting the 1974 Cessna 206 involves loading the airplane for six months of intensive survey flights over jungles, swamps, bays, and oceans. What to include is a hotly debated topic. Some advocate for a substantial payload of tools and aircraft parts for maintenance—and rafts, life jackets, communications equipment, and groceries for survival. Others find the weight and bulk of the equipment to be a challenge, given the frequently short airstrips and full passenger loads. These Spartan souls would be happy with a kit consisting of duct tape for field repairs and bourbon for survival.

The man with the final say is Will Worthington. A semiretired engineer, Worthington acts as crew chief of LightHawk’s 206 based out of Deer Valley Airport, north of Phoenix, Arizona. His task in January 2012 was to deliver the airplane to Merida, a city with both colonial and cosmopolitan tendencies located in the middle of Mexico’s Yucatan Peninsula. Worthington also would conduct the first week of program flights with fellow pilots Chris Boyer and Kitty Houghton, a former Foreign Service officer looking to freshen up her experience in the 206.

Worthington, Houghton, and Boyer are typical of LightHawk volunteer pilots: distinguished by the experience that they bring to the organization, and their willingness as volunteers to plan and execute some of the most interesting flights to remote areas. LightHawk volunteers are a diverse bunch, including bush pilots, combat pilots, corporate pilots, survey pilots, U–2 pilots, airline captains, and dedicated private pilots.

With Houghton at the controls, the team departed Phoenix en route to Brownsville, Texas, on their way to Merida. As the stark and beautiful landscape of the desert southwest slid underneath, Worthington reviewed the operational aspects of the Cessna’s navigation, communication, and engine features—including a Garmin 430 GPS coupled to an S-Tec 50 autopilot, GAMIjectors, and a JPI EDM 730 engine monitor.

The Cessna departed Brownsville for Veracruz. Although only about 411 nm over water, the team chose to arc around the coast so they could remain within gliding distance of shore. This extended the trip to 460 nm but reduced the chances of an unscheduled water landing.

After a quiet ride for most of the trip, the group passed the oil refining and shipping hub of Tampico. The radio crackled back to life, and they made their first call to Mexican ATC. A heavily accented voice replied, “Stand by”—and what seemed like a lifetime later, a courteous controller delivered advisories in excellent English. This would be the case with ATC throughout the remainder of the journey to Merida.

While English may be the official language of the ICAO and Spanish proficiency completely optional in the air, this is not the case with military and civilian authorities that greet aircraft on the ground. The arrival process began with a brief and courteous inspection of aircraft contents and paperwork by several soldiers accessorized with a combination of dogs, guns, and clipboards. After the military inspection, the pilots reported to the airport commander to review paperwork and close the flight plan. 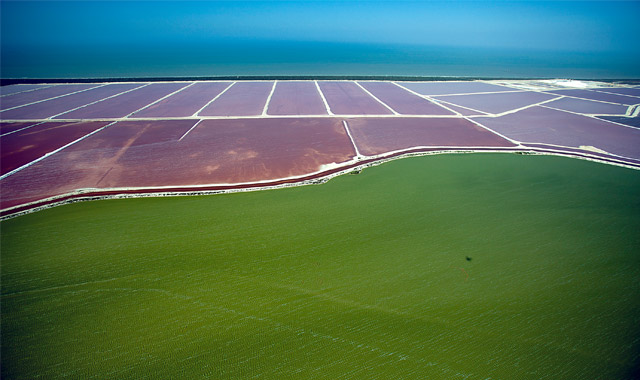 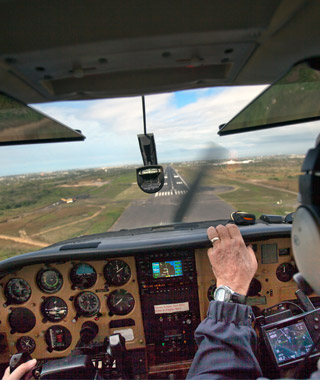 Meeting the pilots at the airport were Dr. Xiomara Aguilera and Leonardo Guerrera of the conservation group Niños y Crias. This organization—whose name translates to “kids and critters”—would utilize the aerial perspective to assess the health of their local flamingos and check up on nesting activity.

The act of flying more than a thousand miles to donate an aerial survey of important wildlife resources, in combination with the inherent social warmth found in this part of Mexico, resulted in a greeting that looked more like a reunion between old friends than an initial meeting of strangers.

At 5:30 the following morning the group was seated at an all-night café studying maps that depicted a complex system of estuaries, tortuous channels through mangrove thickets, and pristine barrier beaches. A flight plan was charted to enable the scientists to find flamingos, their elevated mud nests, and feeding grounds.

Once in the 206 climbing toward the sun, it became clear why aerial observation was the only logical method of scouting the vast stretches of channels, bays, islands, and flats for flamingos. An indeterminate boundary between dry, scrubby brushlands and brackish wetlands stretched along the coastline for miles. This was not country that lent itself to easy ground travel.

The scientists were concerned. The flamingo’s habitat had seen big changes in salinity, and water levels and some birds had abandoned historic nesting sites. As with any ecosystem, a change in one variable influences many others.

As the group flew along 300 miles of coastline, Galvez and Guerrera were delighted to find tens of thousands of flamingos foraging in the shallow waters below. During more than seven hours of flight time, Niños y Crias catalogued the flamingos’ location and numbers, and noted water levels with respect to previous years’ nesting sites. Meanwhile, photographer and volunteer pilot Boyer took nearly a thousand photographs to augment the information captured by Niños y Crias. In the process, he had a day that was unlike any other.