Get the app Get the app
Already a member? Please login below for an enhanced experience. Not a member? Join today
News & Media Quick Look: Global Express

The Global Express BD-700 was the first in the series of Bombardier ultra-long-range corporate jets. 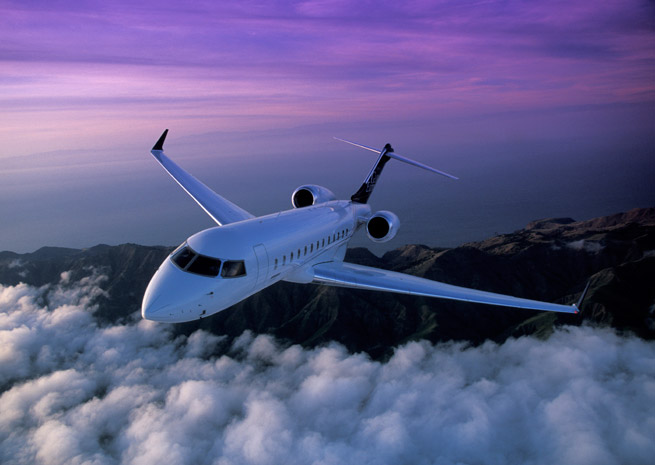 The Global Express BD-700 was the first in the series of Bombardier ultra-long-range corporate jets. Developed to compete with the Gulfstream G-V, the twin-engine, clean-sheet Canadian airplane was designed to fly as far as its American competitor (6,500 nm), featuring a larger, quieter cabin; higher cruise speeds; and superior airport performance. The Global featured an advanced, all-new supercritical wing with winglets and a T-tail. Most of the airplane is metal, but composite materials were used for fairings and flight control surfaces.

The original Global Express was powered by two BMW/Rolls-Royce BR-710 turbofans, and the glass cockpit featured the Honeywell Primus 2000 XP suite, which has six eight-inch by eight-inch CRT displays. Standard cockpit equipment included a variety of top-of-the-line avionics, such as an automatic flight control system, dual flight management systems, TCAS II, and an electronic ground-proximity warning system. A head-up flight display was optional, as were satellite communications and cabin entertainment systems. The Global Express can accommodate up to 19 passengers, but most operators configured their airplanes with 11 to 14 seats in three distinct areas in the main cabin, with the passenger lavatory and baggage compartment located aft.

The Global Express was announced in October 1991 and formally launched in December 1993. The design configuration was frozen during the summer of 1994, rollout took place in August 1996, and first flight occurred on October 13, 1996. Canadian certification was achieved in July 1998, followed by FAA approval in November of that year, with European certification and initial deliveries occurring in mid-1999.

Bombardier designed the Global Express and manufactured the nose, but other divisions of the company were involved, too. Short Brothers designed and produced the engine nacelles, horizontal stabilizer, and forward fuselage; de Havilland Canada built the rear fuselage and vertical tail, and was responsible for final assembly. Interior completions were performed initially in Bombardier’s Tucson, Arizona, facility and later in Montreal. A number of risk- and revenue-sharing partners helped develop the aircraft, including Japan’s Mitsubishi Heavy Industries, which built the wing and center fuselage section.

A total of 148 BD-700s were delivered from 1999 to 2005 before being superseded by the Global Express XRS (now known as the Global 6000). Some advanced systems developed for other models in the Global Express series have been made available for retrofit on the BD-700, such as Bombardier’s enhanced vision system. Other notable retrofits include Honeywell’s Primus Elite flight deck upgrade to liquid crystal displays and Lufthansa Technik’s cabin management and inflight entertainment system.

The Global Express has been flown by several military services, including the United Kingdom’s Royal Air Force, which operated five Sentinel R1/ASTOR airborne surveillance platforms in Afghanistan. Four U.S. Air Force E–11A aircraft have been utilized to coordinate command and control in Afghanistan. Other government operators include the Japanese Civil Aviation Bureau, which uses its Globals for airways calibration.