Get the app Get the app
AOPA Members DO more LEARN more SAVE more - Get MORE out of being a pilot - CLICK HERE
News & Media Training Tip: A windy debate 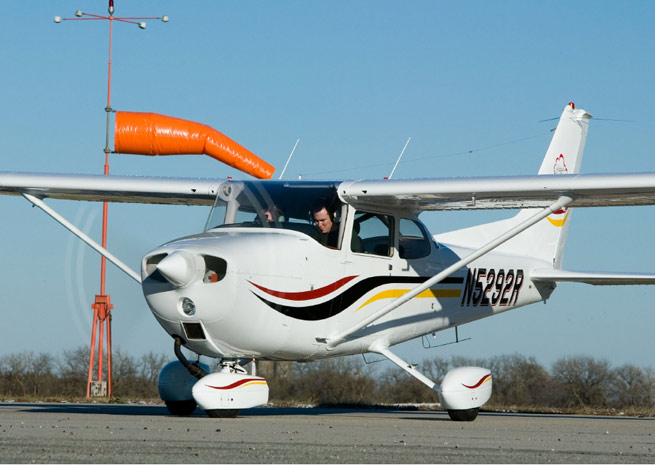 A pilot returns to the two-runway home airport after a local-area flight to find the wind blowing at eight knots, but almost a direct crosswind to the runway in use. For reasons unknown to the pilot, the airport’s other runway—a much better match for the surface wind—has not been offered for use.

The pilot is a little out of practice with crosswind landings, and executes a go-around after being unable to maintain directional control close in. The second approach goes better, and the pilot completes a safe, directionally stable landing. Still, the pilot is left wondering why arrivals were being assigned to that runway when the other was aligned almost directly into the wind.

As it turned out, a similar debate had been taking place in the tower.

"They asked me after I landed what the winds were like, because they were debating on whether to change runways," the pilot said in an email. "I said I was debating whether to ask them to let me land on the other runway. They said next time that happened, I should go ahead and ask."

"Go ahead and ask" is a pretty simple formula, yet many pilots hesitate. Others pass up opportunities already available to use the most favorable runway, as accident reports reveal.

The exchange between controllers and the private pilot occurred at a general aviation airport. A slightly different scenario could develop under similar circumstances at a commercial-service airport where larger aircraft may be unable to use runways available to the trainer fleet.

Approaching a large airport on a cross-country, you may hear an automated terminal information broadcast advise that a particular runway is in use for landings, but that an alternative runway is available. If the other runway’s availability is not mentioned, go ahead and ask!

Making the request promptly after establishing radio communications will make it easier for the approach controller to accommodate your request, especially under high-workload conditions.

It's not unusual for a new pilot to experience self-doubt when debating whether to request handling that goes against the flow, especially if doing so calls attention to lack of recent practice or inexperience. Let the radio exchange described here between the pilot and the tower staff serve as a reminder that safety is the first priority for all parties, and teamwork makes it happen.

Dan Namowitz has been writing for AOPA in a variety of capacities since 1991. He has been a flight instructor since 1990 and is a 35-year AOPA member.
Go to Dan Namowitz's Profile
Topics: Navigation, Training and Safety, Takeoffs and Landings