Icon gets weight limit increase for up to 250 pounds 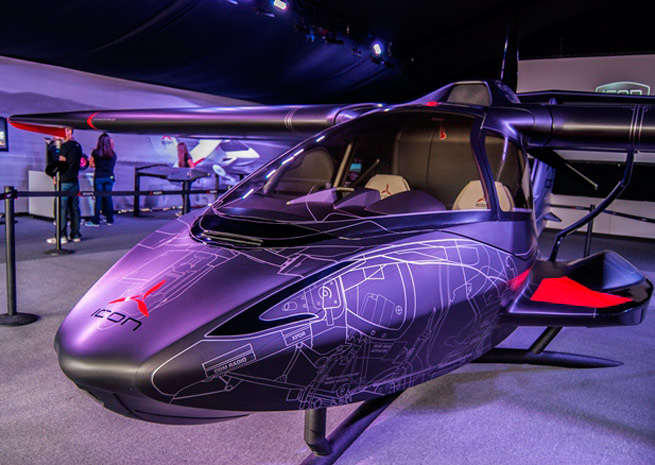 The FAA granted Icon Aircraft a long-sought exemption from strict light sport aircraft weight limits to incorporate a spin-resistant design for its amphibious A5 that the agency says is "in the public interest."

"Spin resistance is a significant safety advancement that directly addresses the leading cause of GA fatal accidents—loss of control," the FAA said in a 17-page document granting the waiver. "From 2001 through 2011 there were over 1,300 fatal general aviation accidents involving loss of control in flight. The stall-spin scenario usually happens in the landing pattern at low altitude and is a major contributor to loss-of-control accidents."

The California firm can now add up to 250 pounds to the existing LSA weight limit of 1,430 pounds for amphibians—but Icon officials say their A5 will have a gross weight of 1,510 pounds, or 80 more than the current maximum.

Icon Founder and CEO Kirk Hawkins praised the FAA decision and the reasoning behind it.

“The FAA put safety first by allowing us to incorporate a spin-resistant design that will help avoid stall/spin accidents,”  Hawkins said. “It allows us to move forward with clarity, and it bolsters the principle that adding weight shouldn’t be a barrier to safety technology.”

Hawkins said the production A5 will have a larger wing, bigger tail, and additional structure to support them. The aircraft will still meet LSA performance standards such as a stall speed of 45 knots or less, and a top speed in level flight of no more than 120 knots.

“The modifications we made for a spin-resistant design permeate the entire airframe,” Hawkins said. “We couldn’t make it spin resistant without adding significant weight. In turn, airplanes then need even more structure to carry that additional weight.”

At a press conference on July 29 at EAA AirVenture, Hawkins acknowledged that the weight increase will affect the A5’s performance. He did not cite specific numbers, but said, “When weight goes up, performance always goes down—that’s just the law of physics.” Icon had to make some tradeoffs, he said, but in the context of sport flying, “it’s not about speed, altitude, or range—it’s about the fun you will be having.”

The FAA received 103 written comments about Icon's waiver application, and 54 opposed the move. Of those, a dozen said a waiver would give Icon an unfair advantage in the market. The FAA took no position on this claim and said other manufacturers are free to apply for their own waivers.

Several commenters suggested doing away entirely with LSA weight limits. The FAA dismissed those suggestions as beyond the scope of the Icon waiver application.

Hawkins, a mechanical engineer and former U.S. Air Force pilot, said that achieving spin resistance requires preventing the  outboard wing from fully stalling. Since that portion of the wing never achieves its maximum lift potential, A5 designers had to add wing area to meet the regulatory requirement for a maximum 45-knot stall.

Hawkins said the 100-horsepower Rotax 912 engine planned for the A5 is still suitable even with the additional 80 pounds.

Icon has taken deposits to build more than 950 aircraft. The company plans to fly its first production airplane next spring and begin customer deliveries later in 2014. Icon plans “low-rate initial production” at an assembly plant in Tehachapi, Calif., and the company is in the final stages of selecting the location for its main factory.

The FAA’s weight-limit exemption only applies to Icon, but Hawkins said he would be an advocate for allowing other LSA manufacturers who can prove meaningful safety benefits the same kind of design flexibility. The exemption “is very good news, not just for us but for all of general aviation,” he said.

“We see no correlation between weight limits and increased safety,” Hawkins said. “We shouldn’t let arbitrary weight limits stand in the way of innovation and improved safety.”

The A5 base price has increased from $139,000 to $189,000. The price increase reflects the additional cost of design improvements such as the spin-resistance technology, Hawkins said. He also cited the Rotax 912 iS, which he called a “better engine,” and the addition of a Garmin 796 to the avionics package. Buyers can put down a $2,000 deposit on a production slot during EAA AirVenture; that offer is valid for orders placed at the show or online.

Now that the FAA has granted the weight exemption, Icon “for the most part” is entirely focused on production, Hawkins said. The prototype has been flying more than 600 hours, he said. The company recently received $60 million in financing, according to a news release.