Get the app Get the app
Already a member? Please login below for an enhanced experience. Not a member? Join today
News & Media David Clark changes course for comfort 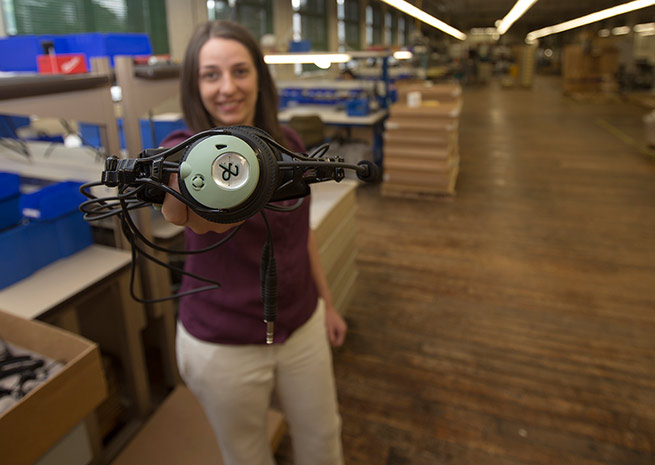 The din of a full-power climb is no match for the new technology, subdued to a distant thrum by a dual-channel system that samples noise inside and outside the ear cup, and the newest headset by David Clark Co. offers another kind of departure: comfort.

Even after hours in the air, the DC PRO-X (and its strictly passive cousin, the DC PRO) remains unobtrusive to the point it can be all but forgotten, the pressure and heat of older models (such as the reliable but clampy H10-13X) a distant memory.

Two years of design and development have gone into making a headset like no other by David Clark, announced this year at the Sun 'n Fun International Fly-In and Expo in Lakeland, Fla., including six months of flight testing—the longest such effort in the company's history—to confirm that the real-world performance lives up to the promise of an on-the-ear design with a soft touch (less than half a pound of clamping force) that leaves room for eyeglass frames and improved air circulation while effectively blocking (or canceling) cockpit noise.

The DC PRO-X ($637 direct from the factory) uses microphones inside and outside the ear cup to create a “hybrid” noise canceling signal, reducing noise by 30 decibels.

That, said David Clark Co. Executive Vice President Richard M. Urella, is about the limit of what is possible.

“Your body will actually bring noise to your inner ear at 30 dB,” Urella said. “So there’s only so much you can do.”

David Clark’s test pilots reported to Urella and the engineering team that they forgot they had the headset on, and that was also the case in testing done by AOPA, and a pair of flight instructors recruited to sample the new design. Flying various aircraft models over a period of several days, Terry Keller Jr., chief instructor at Premier Flight Center in Hartford, Conn., and fellow CFI Tim Chase both reported effective noise reduction—even with the electronic module powered off—and the highest degree of wearability. Both instructors are fans of older David Clark models, and both reported no reluctance to abandon those old favorites in favor of the new.

“I was surprised at how light these feel,” Keller said. “The active noise canceling side of it is extremely impressive. Anyone who’s used a noise canceling headset knows that it cuts out the low rumbling noise, and this seems to be superior to everything that I’ve used from even other manufacturers.”

Chase, like Keller, started the test with some skepticism that such a compact design could deliver effective, passive noise reduction, but both were quickly convinced that even without the electronic noise cancellation (the DC PRO version, $347 direct from the factory, relies on the passive noise protection inherent in the design), the headset's performance matches or exceeds the older David Clark models they use daily.

“The ear pads are soft enough to fill the contours of my ears without squeezing them against my head,” Chase said in his written report. “I found just enough pressure from the springs to keep a seal for noise cancelling to work but not so much it hurts my ears.”

The Bluetooth wireless interface (another first for David Clark) available on the DC PRO-X relayed music with perfect clarity, instantly cutting music volume whenever the radio or intercom activated, then slowly fading back in after those prioritized transmissions ended.

Cellphone calls were a slightly different story, albeit in a very small sample of attempts: Some, though not all, of those called (using a Motorola DROID RAZR M) reported a degree of distortion or interference, though the pilot (safely stopped) was consistently understandable. By design, sound from the other end of the call takes about three seconds to fade back in after the pilot stops speaking, a cut in volume on the Bluetooth connection triggered by intercom activation. That led to missing a few words when the person on the other end of the line picked up speaking where the pilot left off.

Chase reported occasional “pops” during ground operations with doors and windows open and electronic noise canceling active, a phenomenon he said was identical to his David Clark X11. Turning off the electronic canceling solved this, and Chase reported no such issues in the air.

Smaller ear cups allow more air to circulate, and the ear seals remain clear of eyeglass frames as well. Weighing about 7.5 ounces, with 0.4 pounds of clamping force from the well-padded magnesium head band, the DC PRO-X has a way of disappearing.

“That’s really what drove us to this platform,” Urella said: “How comfortable can we make a headset?”

Eyeing both general aviation and air transport markets, the company has secured technical standard order approval, aiming to produce a headset pilots can use—and enjoy—from first flight to wherever wings may take them.