Mark Lenz has the rest of his life to wonder what might have been, to ponder a crash that claimed the lives of his former wife and daughter, though they both survived the crash itself. 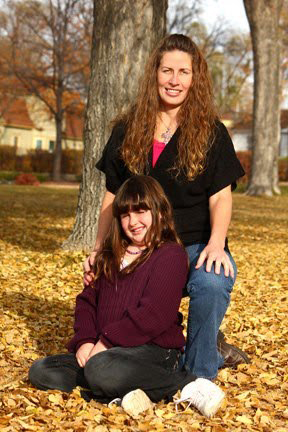 The medical examiner told Lenz that his daughter, Shyann, 9, may well have survived as long as five days before succumbing to hypothermia in the Pavant Range, just east of Fillmore, Utah. Shyann’s tracks covered the area where a Piper Archer crashed 11 miles from the airport on Nov. 25, 2012, minutes after a fuel stop on the way to Gillette, Wyo.

Lenz’s former wife (and Shyann’s mother) Trista Meyer also survived the crash, Lenz was told by the medical examiner, but likely succumbed within hours, her injuries including two broken legs and burns over 30 percent of her body. Shyann, who survived the crash with cuts and bruises but died of hypothermia, according to her death certificate, may have helped her mother escape the burning wreckage. Lenz said he was told that the pilot, Matthew Ahrens, succumbed quickly after the crash, leaving his passengers to fend for themselves as best they could.

With no flight plan filed, and no contact with air traffic control, the search-and-rescue effort began with very little to go on. Ahrens, Meyer, and Lenz had originally departed Bakersfield, Calif., and the search-and-rescue crews began their effort with no idea where along that long route the Archer had gone down. A fuel receipt tipped them off the flight had made it as far as Fillmore, though the crash site remained elusive. Capt. Bill Schroeder, a search-and-rescue expert who serves as check pilot examiner for the Nevada Wing of the U.S. Air Force Auxiliary Civil Air Patrol, was called to consult with Lenz, and to help explain to the grief-stricken father why it took until Dec. 2 to find Lenz’s daughter, perhaps only a few hours too late.

“Without a flight plan, the fact that it was found in five days is very good,” Schroeder told AOPA. “We searched for Steve Fossett for over a month, here in Nevada.”

‘You’ve got something to start with’

Ahrens, like many general aviation pilots, relied on his 121.5 MHz emergency locator transmitter to report his position in case he was unable to do so himself. Lenz said he was told by NTSB lead investigator Thomas Little that there is no way to know if the 121.5 MHz ELT found at the scene transmitted any signal after the crash, given the extensive damage caused by the impact and post-crash fire.

In this particular case, a 406 MHz ELT may not have been able to transmit a signal, either – there’s no way to know, highlighting the importance of not relying on any single procedure or technology. Many GPS tracking devices (available at significantly lower cost than a 406 MHz ELT) function very differently, issuing regular position reports and triggering an alarm if  the unit ceases to transmit, rather than relying on activation in a crash. There is no evidence that Ahrens was carrying such a device. A personal locator beacon, being compact and hand-held, might also have made a difference, particularly if it was carried by one or more of the occupants.

Even if an ELT is able to function after a crash, Schroeder said that in mountainous terrain, a 121.5 MHz ELT has another significant limitation: That radio frequency is no longer monitored by satellites, leaving search-and-rescue operators to hone in on the signal using radio direction-finding equipment.

“We get what we refer to as bounce signals off of the ELT in the mountains,” Schroeder said, adding that he has participated in searches where the signal from a 121.5 MHz ELT was strongest at a point 30 miles from where the aircraft had come to rest.

AOPA has opposed an FCC-proposed ban on 121.5 MHz ELTs, a move that would lead to a mandate to equip all GA aircraft with newer 406 MHz ELTs, citing both cost and absence of objective evidence that a 406 MHz ELT is more effective than hand-held personal locator beacons, GPS-based tracking devices, and similar devices that are widely available at a fraction of the price.

Any installed unit is vulnerable to damage, and neither a 121.5 MHz ELT nor a 406 MHz ELT is guaranteed to transmit when needed. AOPA Vice President of Regulatory Affairs Rob Hackman noted in March that aircraft owners operate on limited budgets, and that forcing them to spend $2,000 or more installing a 406 MHz ELT might preclude the purchase of more effective devices and technologies, and hinder rather than enhance safety.

“In reality, the ban would do just the opposite of what the FCC claims,” Hackman said. "For that same $2,000, you could buy a personal locator beacon with plenty left over for in-flight weather capability, and a survival kit."

Schroeder said he was not in a position to endorse any particular product or technology, but that anything that can communicate directly with a satellite will be far more effective than an emergency radio broadcast alone.

“There’s a lot of technology out there that we can use today that we didn’t have in the 1970s,” Schroeder said. “As one who has been involved in mountain searching, the more you can get the better off you’re going to be.”

Any device able to transmit directly to a satellite allows rescue crews to make a beeline for the scene of the crash, Schroeder noted: “The chances of the mission turning into a rescue versus a search and recovery, there’s no comparison.”

Schroeder said flight plans are mandatory for all CAP flights, and flight following is used when available. In intermountain areas where ATC coverage is precluded by terrain, CAP crews give regular position reports to flight service, all in the interest of narrowing the size of the initial search area, if it comes to that.

“You’ve got something to start with,” Schroeder said. “A lot of pilots don’t do that.”

For Lenz, the nightmare that began on Nov. 25 continues. Though not a pilot, he has researched the technology and learned the ins and outs of search and rescue. Lenz said a flight plan alone might have made a difference.

“At one point the search grid was 2,400 square miles,” Lenz said. “They even took the advice of a psychic and a psychic reading … they had no idea where to look.” 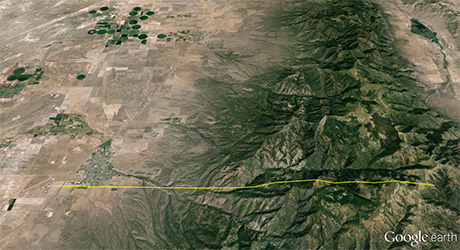 A preliminary NTSB report offers no insight as to what may have caused the accident. The crash site was finally located at an elevation of 8,992 feet, 11 miles east of Fillmore, where a weather station recorded clear skies, a temperature of 53.6 degrees Fahrenheit, and a steady 4-knot west wind around the time of the accident.

Ahrens had taken on 26.87 gallons of fuel in an aircraft that holds 48 (useable) before departing.

Lenz said investigators have told him little more, so far: “The aircraft just couldn’t gain the altitude it needed to clear the treetops.”

While the search was frustrating from the start, and prompted the creation of a Facebook page, Lenz has come to believe everything possible was done to bring his loved ones home alive.

“I don’t blame anyone, I don’t even blame Matt,” Lenz said. “Accidents are what they are … I am sure that Matt did everything that he could. Some things are just beyond our control.”

Lenz has launched an online petition to raise awareness, and reached out to various online pilot groups. He found many pilots resist abandoning (or even supplementing) the 121.5 MHz ELT, at first. After an extended conversation, some have purchased personal locator beacons with satellite communication capability.

“It’s helping, as far as that goes,” Lenz said.

He is also urging pilots to file flight plans and take the time to brief passengers—even children—on how to use whatever devices are on board. AOPA has, at NTSB request, undertaken the same mission, producing a video that covers preflight safety briefing in detail. AOPA Online Managing Editor Alyssa Miller participated in a backcountry survival clinic, writing about lessons learned for AOPA Pilot in April 2012.

Lenz said he was initially seeking a government mandate to require advanced locator technology, but conversations with aviators have helped him understand the importance of freedom to fly, and how government mandates—even well-intentioned mandates—can limit that freedom without necessarily achieving the goal of improving safety.

“I don’t think legislation is the answer. I think if we could get the knowledge out there, that would be enough,” Lenz said, adding that pilots are in the best position to protect the safety and lives of their passengers, with decisions that are made in advance of departure: equipment selection, flight plan filing, flight following, and effective passenger briefing.

“If we can make changes that would bring someone else’s little girl home,” Lenz said, “it would save another family what I’m going through right now. With this crash, the hopes and dreams of so many people have been affected, and forever changed and lost.”