Get the app Get the app
News & Media Aspen&rsquo;s new ADS-B solutions

Aspen Avionics announced a series of new ADS-B products that bring subscription-free weather and traffic to the company’s flagship Evolution PFDs and MFDs.

“The architecture behind ADS-B is complicated,” said Brad Hayden, vice president for marketing at the firm based in Albuquerque, N.M. “But we can make it easy for our customers to get the benefits they want from the system.”

For pilots who want to connect and control their avionics via an iPad or other tablets, Aspen’s Connected Panel CG100 adds a feature that allows pilots to display graphical weather from portable ADS-B receivers (such as a Stratus or Garmin GDL-39) on Evolution PFDs and MFDs.

For customers who only want to display weather from a portable ADS-B receiver on Evolution PFDs and MFDs, Aspen has developed a Wi-Fi receiver (called a CG50) that attaches to the Evolution for that purpose.

For pilots who already comply with the FAA’s coming ADS-B Out mandate and want subscription-free weather and traffic, Aspen has developed a dual-band, remote-mount ADS-B receiver (called an ARX100) that can be used above or below 18,000 feet.

For pilots who don’t yet comply with the 2020 mandate, have a Mode A or C transponder, and want subscription-free weather and traffic, Aspen offers a dual-band, remote-mount ADS-B transceiver (the ATX200) that gets position information from other WAAS-equipped avionics (such as a Garmin 430W NAV/COM). It can only be used below 18,000 feet.

And for pilots who don’t yet comply with the mandate and don’t have an onboard WAAS GPS source, Aspen offers a dual-band, remote-mount ADS-B transceiver (the ATX200G) with its own built-in GPS WAAS chip. It, too, can only be used below 18,000 feet.

Aspen has long focused on the retrofit market, and about 6,000 general aviation aircraft are fitted with the company’s PFDs or MFDs. 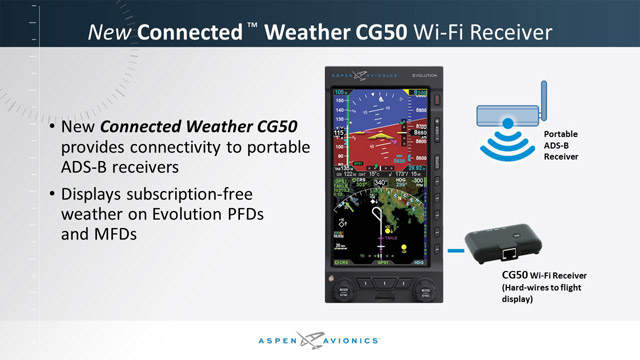 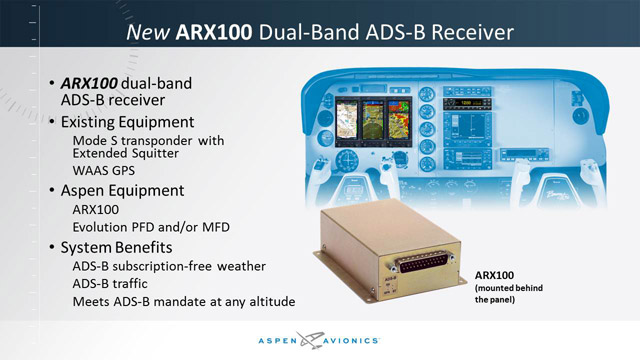 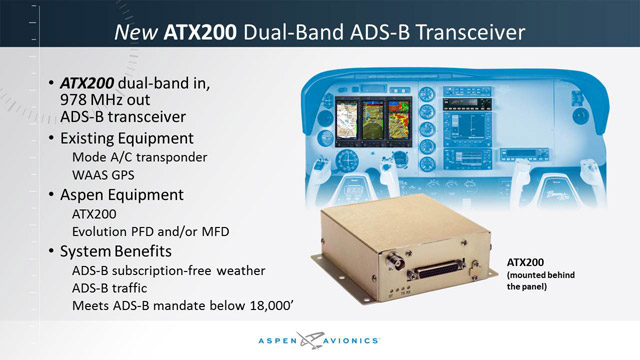 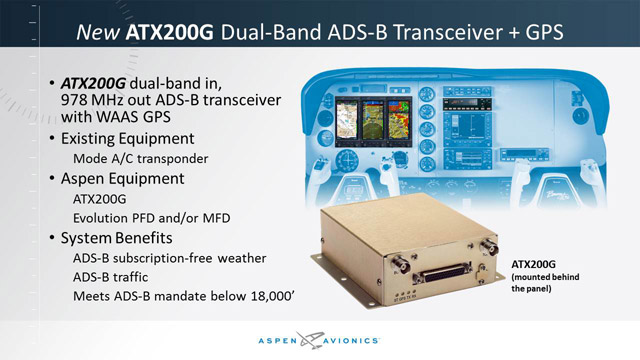