Get the app Get the app
AOPA Members DO more LEARN more SAVE more - Get MORE out of being a pilot - CLICK HERE
News & Media Quick Look: Socata TBM 700 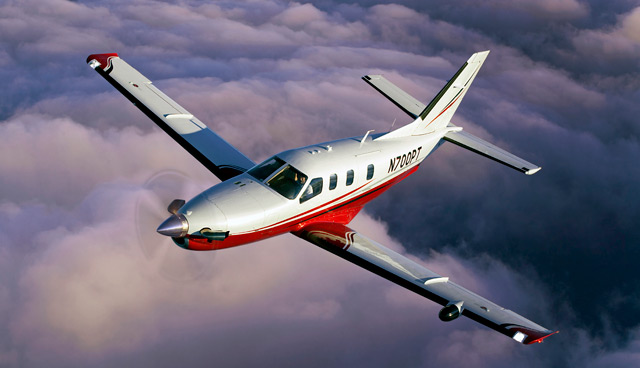 The TBM 700, powered by a 700-shaft-horsepower Pratt & Whitney PT6A-6, is an outgrowth of the Mooney 301—a 360-horsepower, six-seat, pressurized, piston-engined airplane that made its initial flight in April 1983. After a French consortium purchased Kerrville, Texas-based Mooney Aircraft Corporation in 1985, the U.S. company and France’s Socata (Aerospatiale’s general aviation division) formed a joint venture—TBM International—which began development of a larger, faster, and more powerful turboprop derivative of the Mooney 301.

The first of three TBM 700 prototypes initially flew in July 1988. French certification was achieved in January 1990, followed by FAA approval in August of that year. Two production lines were planned—one in Texas at the Mooney factory to serve the U.S. market, and the other in Tarbes, France, to build aircraft for the rest of the world. Interesting factoid: “TBM” stands for “Tarbes-Mooney.” Shortly after delivery of the first production TBM 700A in late 1990, however, Mooney withdrew from the program.

Initially, the only competitor to the high-speed TBM 700 (capable of cruising at 300 knots at 31,000 feet) was the much slower Cessna Caravan I, which was designed primarily for utility operations. Eventually the more powerful Pilatus PC–12 and smaller Piper Meridian entered this market as well, although the TBM 700 remained the fastest of the single-engine turboprops.

The TBM 700A, which featured Bendix/King avionics, was replaced in 1999 by the 700B, which offered a larger, wider rear door; an optional forward pilot door; increased maximum zero-fuel weight; and other improvements. The TBM 700C1—which included a reinforced structure, new air-conditioning system, and other enhancements—was certificated in 2003. The TBM 700C2, which featured new avionics (including dual Garmin GNS 530s) and a substantial increase in maximum takeoff weight (to 7,394 pounds), was the production model until it was superseded in 2006 by the TBM 850, powered by a 850-shp Pratt & Whitney PT6A-66D. Since 2009, TBMs have been built by Daher-Socata, a company created when French manufacturer Daher bought a controlling interest in Socata.

While most TBM 700s are owner-flown, more than two dozen were delivered to the French army and air force for use as personnel transports. In 2010, intelligence, surveillance, and reconnaissance versions of the TBM 700 and 850 were certified by the European Aviation Safety Agency.

In 2009 Daher-Socata announced that a Garmin G1000 integrated glass-panel avionics retrofit package would be offered for TBM 700s. The first such G1000-equipped aircraft was delivered in mid-2011 to the French Ministry of Defense.

Robert A. Searles is a writer and editor specializing in aviation.