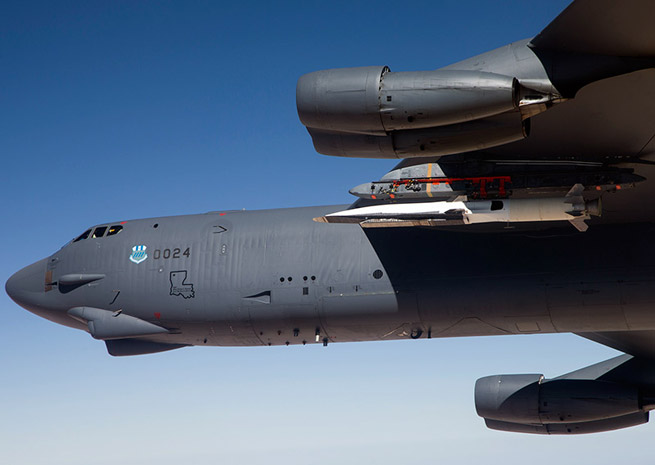 A U.S. Air Force project to demonstrate the feasibility of hypersonic flight powered by an air-breathing, hydrocarbon-powered engine logged a new record May 1, with 3.5 minutes flown at Mach 5.1.

The X-51A Waverider, built by Boeing and powered by Pratt & Whitney Rocketdyne, was designed for the U.S. Air Force and the Defense Advanced Research Projects Agency to demonstrate that an engine burning JP-7 jet fuel is capable of sustained hypersonic flight (a speed threshold that begins at Mach 5). The May 1 test flight was pronounced a success, with the missile-like test vehicle covering 230 nautical miles in just more than six minutes before splashing into the Pacific Ocean as planned off the Southern California coast.

The fourth and final flight of the X-51A program was the most successful, avoiding the pitfalls including a loss of control that had bedeviled previous attempts.

Likened to lighting a match in a hurricane, the engine ignites a mixture of compressed air (moving at supersonic or hypersonic speed) and jet fuel within milliseconds; keeping that flame burning has proved a significant engineering challenge.

“This demonstration of a practical hypersonic scramjet engine is a historic achievement that has been years in the making,” said Boeing Phantom Works President Darryl Davis in a news release. “This test proves the technology has matured to the point that it opens the door to practical applications, such as advanced defense systems and more cost-effective access to space.”