Get the app Get the app
Already a member? Please login below for an enhanced experience. Not a member? Join today
News & Media IFR Fix: ‘Tasks and iterations’

An IFR-rated pilot who mostly flies VFR completes an instrument proficiency check on May 2, stopping to pick up a brand-new sectional chart on the way out of the terminal. A week before the chart expires, the pilot tracks courses, flies three or four instrument approaches, holds, and performs other required IFR “tasks and iterations” to prepare for flying off on a two-week vacation six days later. The forecast suggests that the vacation will dawn with a murky morning. Is IFR currency an issue?

Pencils down—and no looking at the paper of the person sitting next to you. We won’t be grading this exam. Whatever you think is the correct answer, complying with the regulation isn’t the entirety of a rationale for making the flight.

Instrument pilots agonize over whether they are “current,” ponder ways to remain current, and debate whether noncurrency requires this or that remedy. They parse proficiency parameters and propose plenitudes of prescriptions.

At a recent refresher clinic for flight instructors—another regulatory redux requiring careful calendar coordination—someone noted that IFR proficiency has been easier for pilots to preserve since the elimination of an the old rule requiring six hours of instrument time, along with the six approaches. That catch was the currency spoiler for many pilots.

One might ponder the case of a Beech Baron pilot who launched an IFR flight with the requisite six approaches in six months logged, including two the morning of the flight. Facing low weather at the destination, the pilot diverted to a nearby alternate, where the twin crashed; radar appeared to show a missed approach in progress.

The National Transportation Safety Board found probable cause as “spatial disorientation due to a somatogravic illusion.” After reviewing flight records, the board said the pilot had “minimal instrument flying proficiency,” concluding that it was “difficult to determine the pilot’s level of instrument flying proficiency based solely on recency of experience and the number of instrument approaches conducted in the accident airplane type.”

A flight-training professional wisely noted that some pilots train until they get it right; others keep at it “until they don’t get it wrong.”

How many hours, or approaches, would that mean for you? 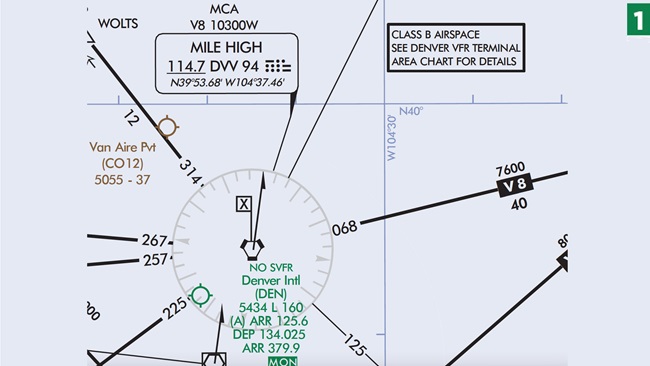