Get the app Get the app
Already a member? Please login below for an enhanced experience. Not a member? Join today
News & Videos Mechanic takes responsibility for Honolulu emergency

There was no sign of trouble before the Robinson R-22 Beta lost power 3,000 feet over Honolulu, and pilot Julia Link had seconds to act. Her successful autorotation and emergency landing earned praise, and so, too, did the mechanic’s decision to take responsibility for the incident long before the investigation is complete, vowing to make good on all losses. 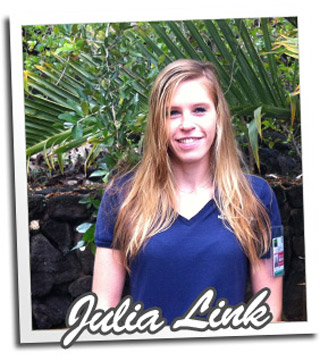 While there was no loss of life or serious injury, Brant Swigart said coming forward, even at risk of legal consequences and the suspension or revocation of his airframe and powerplant mechanic’s certificate, was the only way he could sleep.

“Whatever pressure I’d be under is really nothing compared to the mental pressure I was putting myself under once I realized this was our fault,” Swigart, 46, told AOPA in a telephone interview. “It should have been fatal.”

Pilot Julia Link, 30, who earned her helicopter instructor-instrument certificate after training at Mauna Loa Helicopters, where she is now a staff pilot, made sure it was not. Link was flying a photographer over the city around 3:20 p.m. on May 8, as afternoon traffic began to build and children played outside. After stabilizing the descent at 1,500 feet per minute, she had about a minute to find a safe spot to land in a crowded city.

“I felt pretty calm,” Link recalled in a telephone interview. “Either it’s going to work out or it isn’t.”

Swigart operates Hawaii Air Power Labs, maintaining helicopters with two fellow mechanics, one of them still an apprentice. Swigart had held N5ZK in his shop for a month and a half after completing an overhaul, unable to shake a nagging feeling that something had been missed. One night, he returned after dinner and tried to put his unease to rest with yet another detailed inspection. What he missed then would become painfully clear once he got a close look at the badly damaged helicopter on the street: The mixture control cable, where it attaches to the mixture bell crank, had been improperly installed, with limited freedom of movement that put additional stress on the cable. In addition, a spring designed to force the mixture to the full rich position in case that cable failed had been reversed, and when the cable snapped the flow of fuel was cut off entirely.

“I didn’t catch it,” said Swigart, who signed off on the overhaul, though he had not personally worked on that assembly. He insists that is irrelevant, and that he should have seen it and is solely responsible for the mistake. Swigart took the unusual, if not unprecedented step of contacting local media and speaking publicly about the error.

“I needed to own up to it,” Swigart explained. “That would be my biggest step toward feeling any kind of better about it.” 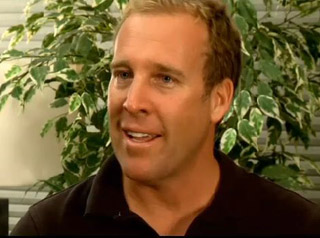 Swigart has vowed to pay for a replacement helicopter, and also to replace the 2012 Mazda 6 that was parked on the street near a curve in the road and badly damaged. One of the skids caught the car as Link brought the stricken helicopter in, spoiling what might otherwise have been a perfect power-off landing.

“I’m not rich, just a mechanic,” Swigart said. He has not figured out exactly how he will come up with the money, but said he will see to it he does, borrowing money as necessary. He has also contacted the city, offering to pay for a parking meter that was destroyed when the still-spinning rotor cut it in half.

“You can’t help but really appreciate somebody who puts his own neck on the line knowing the consequences, but knowing it’s the right thing to do,” said Mauna Loa Helicopters President Benjamin Fouts, owner of the helicopter that is damaged beyond repair, and a longtime friend. “He’s just a quality guy.”

Fouts also had high praise for his pilot, who flew with him over the precise spot where the trouble started a few days after the forced landing.

“Her knowledge of downtown Honolulu was really critical,” Fouts said, noting that there was only one option available: a one-way street that would at least offer protection from traffic in one direction. Unlike most local roads, it was also clear of power lines. Link avoided a more inviting field nearby because children were playing there.

Link has logged 390 hours, and demonstrated skill and decision-making that were equal to “the worst of the worst scenarios.”

“She had one shot at it,” Fouts said, noting it was next to impossible to land in the middle of a crowded city without causing serious injury or loss of life. “That was a hole in one.”

Link said there was little time to think when the engine quit, knowing that the rotors would slow dangerously within a second or two. The RPM alarm was sounding as she initiated autorotation and worked to trim the falling helicopter.

“It was not a good situation to be in,” Link said.

She scanned for a spot free of wires and other obstructions, and ruled out a cemetery, fearing that one of the gravestones would catch a skid and cause the helicopter to flip. It was also a place to avoid, under the circumstances, on principle.

“Knowing I would crash land in a graveyard, that was not an option for me,” Link said with a chuckle.

She decided instead on the one-way street, lined up to approach, and concentrated on managing airspeed, RPM, and timing the flare. She also contacted ATC.

“I got a little lonely in that minute,” Link said of the helicopter’s final plunge. She reported the engine failure and requested an ambulance to respond, not yet aware she would come to rest a stone’s throw from a fire station.

At 200 feet, she completed a final checklist and prepared to flare, having banished from her mind thoughts that the situation could end “very, very badly.” The road clear ahead, a successful outcome was also beginning to become clear.

At 40 feet, she began to flare, skids following the one-way street that began to curve as she approached the parked Mazda. There was no avoiding it, no power to change course or energy to spare. The skid’s impact with the car spun the helicopter 180 degrees, but both pilot and passenger were safe.

‘I want to make good’

The NTSB and FAA are investigating, and a preliminary report has not yet been released. Swigart said he expects the FAA will at least suspend his mechanic’s certificate, if not worse, and he’s prepared for whatever comes.

“I don’t know how I’m going to do it, but I want to make good,” Swigart said. He worries the insurance companies will raise the rates of the policy holders, and still collect every dime spent on vehicle repairs or replacement, in addition to court costs.

“What if everybody just came forward and said, ‘Hey, I’ll pay?’” Swigart wonders. He is uneasy with the praise he has received for his decision to publicly claim responsibility for negligence, but hopes one good thing might come from the episode: inspiring others to do the same.

“I think that more people might think about doing the right thing, which is fessing up if you do something wrong,” Swigart said.