Get the app Get the app
AOPA Members DO more LEARN more SAVE more - Get MORE out of being a pilot - CLICK HERE
News & Media Fresh reports of aircraft searches, CBP has little to say

Fresh reports of aircraft searches, CBP has little to say 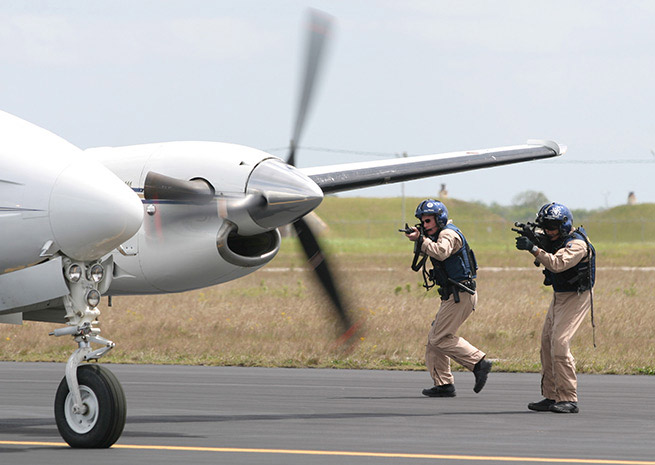 Fresh reports from pilots subjected to ramp checks and aircraft searches suggest a pattern, though federal officials remain, essentially, mute on the details.

A spokesman for the Department of Homeland Security, Customs and Border Protection (CBP) declined to provide details about aircraft searches and ramp checks conducted by CBP agents, citing “the Privacy Act among other legal and policy considerations” that preclude the agency from discussing specific cases.

“CBP does not release information to the public about individuals who may be encountered by Air Interdiction Agents,” the May 22 statement said. It was the federal government’s first response to questions submitted May 14 requesting information on policies and practices, and the limits of the agency’s authority.

AOPA coverage of New York pilot Gabriel Silverstein’s recent experience—the real estate investment banker who was stopped and searched twice by CBP officers on a cross-country trip in a Cirrus—drew about half a dozen new reports from other pilots who had similar experiences, and dozens of comments from others concerned about the possible violation of constitutional rights.

The new reports follow a pattern similar to Silverstein’s experience: CBP agents approach pilots, request aviation paperwork, and conduct an extensive search of the aircraft, often including removal of all contents. Agents have declined to provide identification, and the reason for these searches (which uncover no evidence of contraband or other wrongdoing) is unclear.

The Atlantic published additional accounts from law-abiding pilots detained in similar fashion. Among those responding to a request for reports by AOPA was an FBO operator who said he has been asked by federal agents on half a dozen occasions to investigate arriving aircraft for drug smuggling (a step that the FBO operator is reluctant to take).

AOPA legal and aviation security staff continue to investigate the practice, and AOPA is assisting Silverstein and other pilots with Freedom of Information Act requests to agencies involved. CBP has, according to its website, expanded its capability to track aircraft movements electronically in recent years. The agency’s Air and Marine Operations Center (AMOC) has been granted access to FAA and military radar systems, along with various databases and unspecified communications networks, to facilitate a mission expanded since 9/11 to include drug interdiction. The AMOC is able to track 24,000 individual targets at a time, the agency states online.

Several pilots responding to AOPA coverage of Silverstein’s experience expressed concern that the balance between freedom and security has shifted too far. AOPA continues to press involved agencies for explanation and clarification of policies that appear, based on accounts provided by pilots, to be directed toward drug interdiction, with several reported searches involving aircraft that had operated in California.

AOPA submitted to the Department of Homeland Security, Customs and Border Protection (CBP), a list of questions about practices, policies, and legalities involved in the search of general aviation aircraft. Federal officials were asked on May 14 to explain their legal authority to search an aircraft, whether a warrant is required, whether agents are required to present official identification, whether agents are obligated to follow federal aviation regulations when removing attached parts or disassembling an aircraft during a search, and whether federal agents have an obligation to return the aircraft in airworthy condition following a search that uncovers no evidence of wrongdoing by the operator.

The following is CBP’s statement, provided on May 22, in its entirety:

“As a law enforcement component of U.S. Customs and Border Protection, the Office of Air and Marine is charged with protecting the United States against threats in the air and sea environments primarily along the border and in the drug source and transit zones used by transnational smuggling organizations. Additionally, Air and Marine conducts other law enforcement and search and rescue efforts, such as responding to tips regarding suspicious activity in the air or marine environment to protect against threats to the American people and the nation's infrastructure.

“In accordance with the Privacy Act among other legal and policy considerations, CBP does not release information to the public about individuals who may be encountered by Air Interdiction Agents. Although we regret any inconvenience that these activities may have, we welcome an open dialogue with the general aviation community as we work together to maintain civil liberties and protect against threats to the U.S.”