Get the app Get the app
Already a member? Please login below for an enhanced experience. Not a member? Join today
News & Media Wounded veteran earns wings

On the ground, there are limitations: stairs, curbs, doors too narrow for a wheelchair. But in the air, Andrew Kinard finds total freedom.

“Flying to me is the ultimate expression of freedom,” said Kinard, who lost both legs above the knee in an improvised explosive device blast in Iraq in 2006. The retired Marine first lieutenant, now in his final semester at Harvard Business School, earned his sport pilot certificate with an AOPA/Able Flight scholarship in the summer. He spends all day encountering physical obstacles in his wheelchair, he said, “but up in the air there’s nothing that gets in my way. I can go anywhere I want to.”

AOPA President Mark Baker presented Kinard with his wings during a keynote session at AOPA Aviation Summit in Fort Worth, Texas, Oct. 10.

Able Flight announced Oct. 6 that it had received a grant from the nonprofit veteran service organization Wounded Warrior Project for $45,000. The grant will support five new scholarships that will be offered to veterans wounded in service since Sept. 11, 2001.

“We are honored that Able Flight was selected to receive funding from Wounded Warrior Project to provide life-changing opportunities for those who have served and sacrificed,” said Charles Stites, executive director of Able Flight, in a news release. He said the program has so far trained six wounded veterans to become pilots, and provided aviation job training to another.

In his senior year at the Naval Academy, Kinard was preparing for a career in Marine aviation. But U.S. troops were facing the insurgency in Iraq, and he reconsidered: Rather than pursuing a career as a pilot, he chose to lead ground troops in the infantry. He deployed to Iraq in 2006 as a platoon commander, leading about 35 men in day-to-day combat operations.

During his deployment, Kinard was critically wounded by an improvised explosive device. In a video aired at the keynote, he credited his survival to divine intervention and explained that his father, a surgeon, couldn’t explain how Kinard survived with the injuries he had sustained. He spent about 18 months in the hospital, he said.

Kinard pushed himself after the injuries just as he had pushed himself before: He has hand-cycled marathons, is in the final stretch of earning Juris Doctor and Master of Business Administration degrees through a JD/MBA program at Harvard Business School, and earned his sport pilot certificate at the end of an intensive Able Flight training program at Purdue University in the summer. He said the drive to challenge himself is part and parcel of who he is. “I think about notwithstanding my injury, is this something that I would have done anyway? If the answer is yes, then I’m going to do it.” 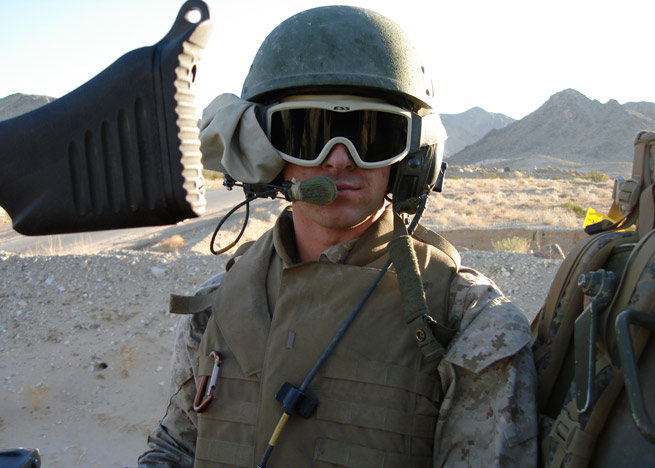 Kinard first heard about the Able Flight program from a fellow veteran who had recently completed his Able Flight training. The new pilot recommended Kinard pursue his certificate through Able Flight, too.

It sounded fantastic, Kinard said, but maybe later; going through rehab for his injuries and working at the Pentagon, he just didn’t have the time. In 2013, though, an opportunity presented itself. Kinard had extensive surgery in the spring that kept him from finishing his degree that semester. That left his summer available to train for his pilot certificate.

Kinard traveled to Purdue University for the flight training program offered in partnership with Able Flight, an organization that grants flight training scholarships to people with physical disabilities. About a quarter of scholarships in the Able Flight program are allotted to wounded veterans, according to executive director Charles Stites. 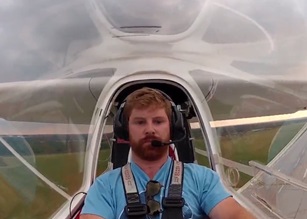 Students in the summer program had ground school in the heat of the day, Kinard said, and flew in early morning or evening in a Sky Arrow light sport aircraft with hand controls. By the end of June he had his sport pilot certificate.

Flying as a newly certificated pilot had its own challenges: Kinard spent the rest of the summer in the Washington, D.C., area, and flew out of Bay Bridge Airport in Stevensville, Md., where he had to adjust to the unfamiliar cockpit of a Flight Design CTLS. Some pilots balk at adjusting from low wing to high wing airplanes, but he said the locations of hand controls in the CTLS—control stick, throttle, and rudder—are switched from those of the Sky Arrow. Particularly for crosswind landings, he needed to reprogram his brain.

After a little time with an instructor, he had mastered the CTLS—and even felt comfortable transiting the Washington, D.C., Special Flight Rules Area, airspace that intimidates many pilots, for the first time without an instructor accompanying him.

He said he is drawn to two main things about flying: the freedom, and the challenge.

“I love rising to a challenge, and flying is certainly a challenge,” Kinard said. “Every day is different. There are external factors like traffic and weather that really make flying a pleasure when you meet those challenges." 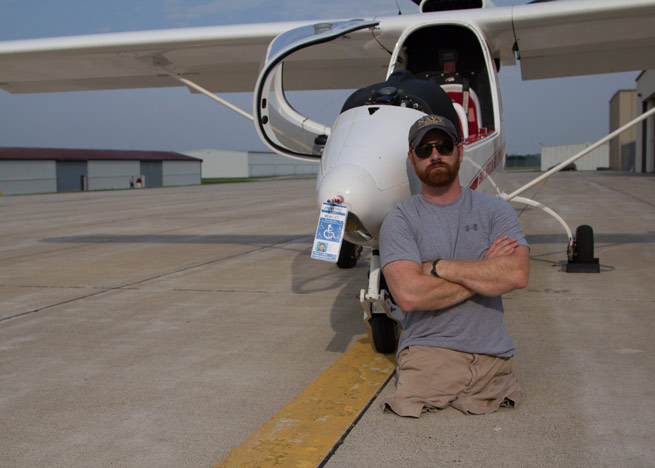