Get the app Get the app
Already a member? Please login below for an enhanced experience. Not a member? Join today
We will be performing maintenance on our systems Sunday, 5/22/2021, beginning at 12:00 A.M. ET and ending at 6:00 A.M. ET. During this time, you may experience intermittent service outages. We appreciate your patience.
News & Media FAA finalizes Minneapolis-St. Paul Class B 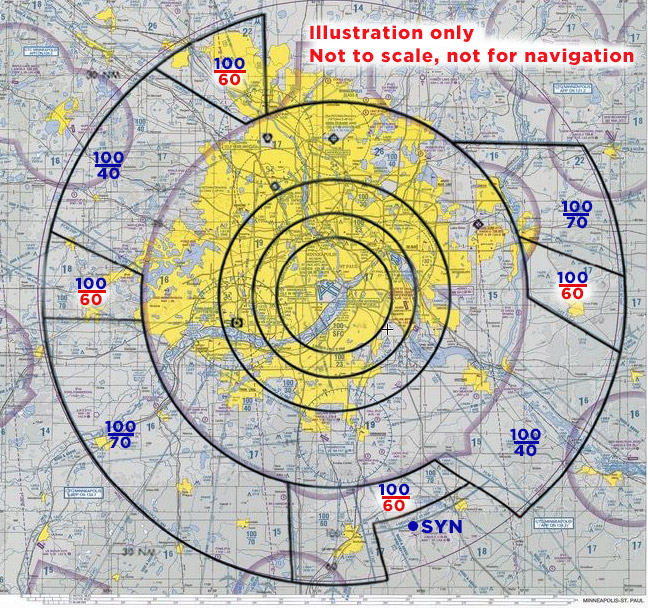 The FAA gave Stanton Airfield a little elbow room, though the floor of the Minneapolis-St. Paul Class B airspace will be 1,000 feet lower just to the north when a new airspace configuration takes effect in January.

AOPA expressed concern about some features of the redesign, which reduces the Class B floor from 7,000 to 6,000 feet in four sectors, including the reconfigured sector that is now just north of the airport that is home to the Minnesota Soaring Club, the largest of its kind in the upper Midwest.

AOPA noted during public information sessions on the redesign that the lower Class B floor would constrain soaring, and that the presence of an adjacent sector with a 4,000-foot floor made the airspace needlessly complex.

The FAA shifted the Class B boundaries to give Stanton Airfield, which previously straddled a boundary on the southern edge of the airspace (24 nautical miles from Minneapolis-St. Paul International), a little more room to maneuver: the lower shelf now begins roughly a mile north of the airport’s edge.

The current Class B configuration will expire when the Jan. 9, 2014, charting cycle begins. Pilots should take note of the lower Class B floors west, north, and east of Minneapolis-St. Paul as well.