Get the app Get the app
Get the latest news on coronavirus impacts on general aviation, including what AOPA is doing to protect GA, event cancellations, advice for pilots to protect themselves, and more. Read More
Already a member? Please login below for an enhanced experience. Not a member? Join today
News & Videos Stars will shine at AOPA Aviation Summit 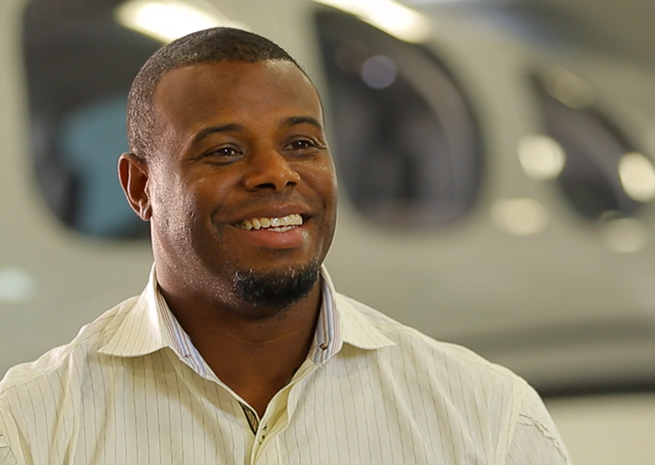 This year’s AOPA Aviation Summit will have star power as celebrities come to Fort Worth to interact with members. “We look for celebrities who have a passion for aviation, who have served aviation in some way, or who have a unique connection to the local community where Summit is held,” said Chris Eads, AOPA director of outreach and events.

This year’s celebrity appearances include Major League Baseball star Ken Griffey Jr., country-western singer Aaron Tippin, and legendary football player Ed “Too Tall” Jones. Griffey and Tippin are both pilots, and Jones is a local to the Texas area.

Griffey, a spokesman for Cirrus Aircraft, played for Major League Baseball for 22 years for the Seattle Mariners, the Cincinnati Reds, and the Chicago White Sox. The center fielder appeared in 12 All-Star games, earned 10 Gold Gloves, and is sixth on the all-time home run leaders list, with 630. He will speak at the keynote address on Friday, Oct. 11.

Tippin, who flies a T-6 Texan, has been a long-time supporter of AOPA. “I am just like any other aviator. I’m always looking for organizations that are going to look out for the interest of pilots, aircraft owners, and mechanics,” he said in an interview with AOPA Online Dec. 3. “I am very passionate about aviation and the importance of preserving community airports and encouraging folks to learn to fly.”

Tippin will do a free concert for Summit attendees at the Flying Saucer restaurant on Thursday, Oct. 10, from 5:30 p.m. to 9 p.m. The first 450 attendees to register via the Summit website will receive a free ticket. There will be no waiting list once the 450 tickets are released.

Dallas football legend Jones is being brought to Summit by AOPA Pilot Protection Services. A Super Bowl champion who played for 15 years, he will appear at the Interactive Pavilion in the Exhibit Hall on Thursday, Oct. 10, at 11 a.m. for an interactive Q&A with members who can ask him about his football career, his favorite memories, and what he’s been up to since retiring.