Get the app Get the app
Already a member? Please login below for an enhanced experience. Not a member? Join today
We will be performing maintenance on our systems Sunday, 5/22/2021, beginning at 12:00 A.M. ET and ending at 6:00 A.M. ET. During this time, you may experience intermittent service outages. We appreciate your patience.
News & Media Arctic quest

Two Quest Kodiaks headed for Yellowknife, Northwest Territories, Canada, on July 8, a daylong journey from Driggs, Idaho. Still short of the Arctic Circle, the expedition had already provided an opportunity to contemplate survival in the bush: Northbound from Lethbridge, Alberta, Canada, where the heavily laden aircraft cleared customs and took on fuel, Richard Spencer’s fuel gauge began to drop, quickly, reaching zero in one tank while still an hour away from Slave Lake.

“You’ve got four fuel caps,” said Dr. Richard Sugden, who had been cleared by ATC to approach Spencer's blue Kodiak for a look at the wings. Spencer betrayed few outward sign of stress, though he frequently cycled through Garmin G1000 pages, watching the estimated range ring shrink on the map, then returning to the page showing engine gauges—including an allegedly empty tank in blinking red.

North of Edmonton, there was thick forest below, and no airports within gliding distance. Prospects of finding a suitable place to put down were bleak, though there was no reason to believe there was any lack of fuel, based on the amount purchased in Lethbridge. 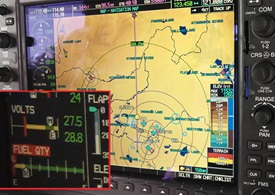 “It was disconcerting,” Spencer said after landing in Slave Lake, and confirming the gauge error—which had happened, he said, twice before since he bought the Kodiak in from Quest Aircraft Co. in 2011 and had confounded factory support—was the culprit, rather than a fueling error in Lethbridge, or a massive leak.

“I was looking at roads. I had plans,” Spencer said. “There’s nothing worse than staring at a red, blinking empty fuel indicator.”

Sugden and Spencer volunteered their time and aircraft to deliver suppplies to the Flashline Mars Arctic Research Station on Devon Island, 500 miles north of the Arcitc Circle. The Mars Society, a nonprofit organization dedicated to landing astronauts on the Red Planet, raised $1.3 million more than a decade ago to build and deliver to the uninhabited island a simulated Martian habitat. Measuring 27 feet in diameter and 25 feet tall, the Hab, dubbed the “Flashline Arctic Mars Research Station” after a now-defunct Internet company that chipped in $175,000 toward construction, is a living quarters modeled on society founder Robert Zubrin’s vision for a (comparatively) low-cost vehicle to house the first Martian astronauts.

Once in Yellowknife, capital and largest city of Canada’s Northwest Territories, the crew would spend the night and awake to spend hours scrambling to gather additional supplies, and equipment including an Arctic Cat quad ATV (some disassembly required to make it fit inside the Kodiak). They were quickly forced to reckon with the limits of what could be carried on the first trip north to Resolute Bay. 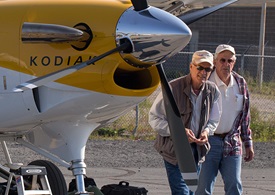 While the Kodiak can carry nearly its own empty weight, a payload of about 3,500 pounds, leaping skyward after a few hundred feet of ground roll even toward the heavy end of its 3.5-ton maximum takeoff weight (Spencer planned flights with a maximum of 7,255 pounds), it demands frugal loading when the cargo is measured in tons. The ATV and a 470-pound diesel generator used to power heaters, kitchen appliances, and computers on Devon Island were deemed must-haves, leaving three crew members and a sizeable pile of gear and food to wait (four days, as it turned out) for the Kodiaks to return to Yellowknife.

In the afternoon of July 9, hours of sitting and waiting for volunteers who were gathering supplies and equipment in town turned suddenly into a flurry of packing. Pilots, wary of launching too late in the day with an expected five hours of flying to go, had long since grown impatient. In the midst of a sudden rush to pack and depart, there was debate about whether to bring a high-powered rifle and two smaller rifles. A Matrix Aviation Solutions staffer driving a forklift stopped for a moment and settled that.

“Have any of you had bear training?” asked Jason Brown, who had spent six years as a “bush rat” working Arctic camps, and knows about polar bears, which, according to National Geographic, can weigh up to 1,600 pounds. 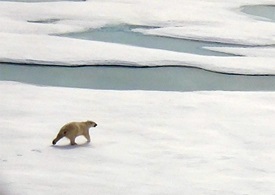 “Polar bears are attractive and appealing, but they are powerful predators that do not typically fear humans, which can make them dangerous,” National Geographic notes on its website.

The occupants of Spencer’s blue and white Kodiak had not, as a matter of fact, had formal “bear training.” A look of concern crossing Brown’s face, he offered the following crash course:

“If you see a bear, and then you don’t see it, arm yourself. He’s stalking you.”

Particular care was taken to ensure the bullets were on board, and at least one rifle per airplane. Food purchased to bolster the four-year-old supply waiting (one hoped) on Devon Island, was left for a future trip. The first to arrive would make do with leftovers.

Trees disappeared not far north of Yellowknife, the Kodiaks cruising over the aptly named Barren Grounds on the way to Cambridge Bay, a final fuel stop before Resolute Bay.

The absence of trees farther north prompts most Arctic pilots to carry camp stoves. It’s all well and good to know how to build a fire, but that requires something to burn.

“I was in the Marine Corps. I always think the worst is going to happen,” Spencer said back in Slave Lake, wondering how pilots can fly care-free anywhere. Anticipating what can go wrong prepares a pilot to act if it does, he explained. “It’s not pessimism.” 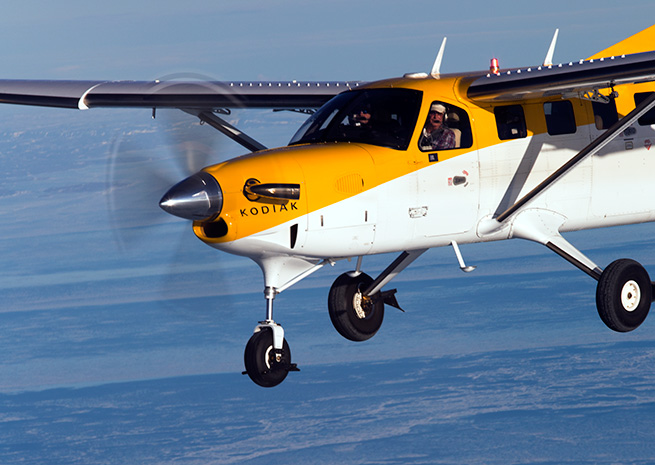 On a lesser scale of emergency, satellite radio service, a welcome source of background music for these long legs in the Kodiaks, which cruised a little under 160 knots on this trip, drops out even before reaching the Arctic Circle, and there are slim pickings when it comes to airport restaurants or vending machines in the high latitudes. A reporter made it from Yellowknife to Resolute Bay on four ginger snaps and a canteen of water (still half full on arrival). There was no vending machine offering hoped-for candy or crackers in Cambridge Bay.

Lesson learned. (The reporter did have a week’s worth of freeze-dried food in a survival kit, but never got desperate enough to try it dry thanks to timely arrival in Resolute Bay.)

Pilots of a Summit Air Short SC.7 Skyvan paid a visit after dropping off snowmobiles as the Kodiaks were being loaded in Yellowknife and offered several useful tips, including what proved to be a scenic gem: Wilberforce Gorge, where the Hood River makes a final tumble through falls nearly 200 feet high on the way north to the Beaufort Sea, was just six miles off the direct route to Cambridge Bay, and well worth the diversion. Spencer would later say he was “gobsmacked” by the beauty of the Arctic landscape. “Even barrenness has its beauty.”

Bryan Czirjak, copilot of the Short, said he has been on the job three and a half years, and found Arctic flying “a lot of fun. There’s just a lot of stuff you’ll never see” anywhere else. 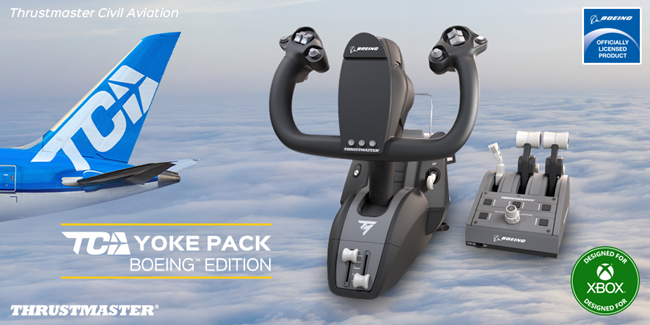 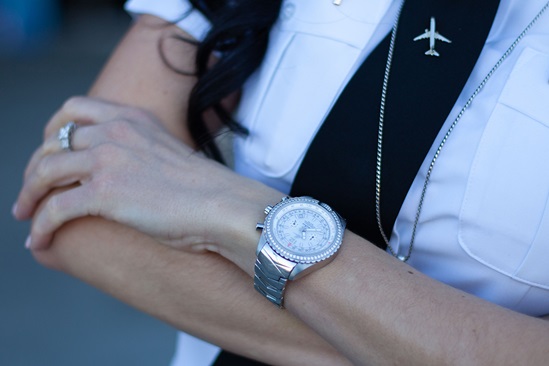