Get the app Get the app
AOPA will be closed July 4th, in observance of the Independence Day holiday. We will reopen at 8:30 am ET on Tuesday, July 5.
News & Media AeroShell's Able Flight scholarship honors Alan Henley 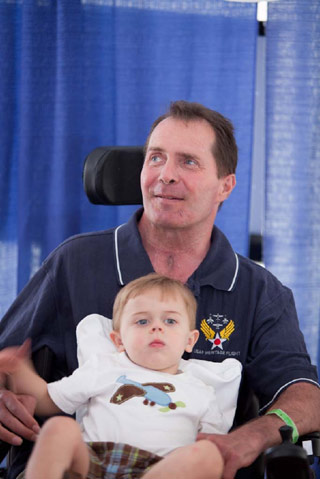 The AeroShell sponsorship will allow three disabled people to become sport pilots at Purdue University during the next three years.

“We thought there was no better way to honor a great aviator than to start an aviation scholarship in his name,” said Luke Byerly of AeroShell, a company that has long been an Able Flight sponsor. “Alan was one of the founding members of the AeroShell Aerobatic Team, and he’s done so much to help others get started in aviation over the years. He’s given a great deal back to aviation, and he continues to do so.”

Henley was injured in a nonaviation-related accident in 2008 and became a quadriplegic.

About 33 scholarship recipients have become sport pilots through Able Flight, and the company expects that number to reach 40 by the end of this year.

Able Flight Founder Charles Stites said the group will send six student pilots to Purdue University this summer for an intensive program that provides up to 40 hours of flight training per student.

“I got to call six people in the last two weeks and inform them that they are Able Flight scholarship winners,” Stites said. “Their lives are about to change.”