Get the app Get the app
AOPA will be closing at 2:30pm ET Wednesday, November 23rd, and will remain closed Thursday and Friday in observance of the Thanksgiving holiday. We will reopen Monday November 28th at 8:30am ET.
AOPA Members DO more LEARN more SAVE more - Get MORE out of being a pilot - CLICK HERE
News & Media Experimental avionics in Flight Design C4

Flight Designs and Garmin will pioneer the use of experimental avionics in FAA Part 23 aircraft with the C4, a four-seat, 180-horsepower aircraft the company plans to start flying this summer.

The instrument panel for the high-wing, composite aircraft with a retail price target of $250,000 includes a pair of Garmin G3X Touch displays with synthetic vision as well as traditional analog instruments.

“Affordable new technology is the goal of the (FAA) Part 23 rewrite,” said Tom Peghiny, president of Flight Design USA. “That’s what we’re doing with the C4.”

Flight Design has built a prototype aircraft and another for destructive load testing. The first certification flights are scheduled to take place in Germany this summer.

European regulators have already given preliminary approval to the concept of using experimental Garmin avionics, and Flight Design plans to seek FAA approval through reciprocal agreements.

“This resets the bar for getting great avionics capability into a very affordable aircraft,” said Jim Alpiser of Garmin.

Flight Design USA is building a 50,000-square-foot assembly plant for up to 100 employees in Newport, Vt., and a training and delivery facility in Windham, Conn. About 60 percent of the C4 will be built from parts manufactured in the United States, Flight Design officials said.

Flight Design has a production facility in Ukraine, and company officials said the firm has been unaffected by the Russian annexation of Crimea or economic sanctions. 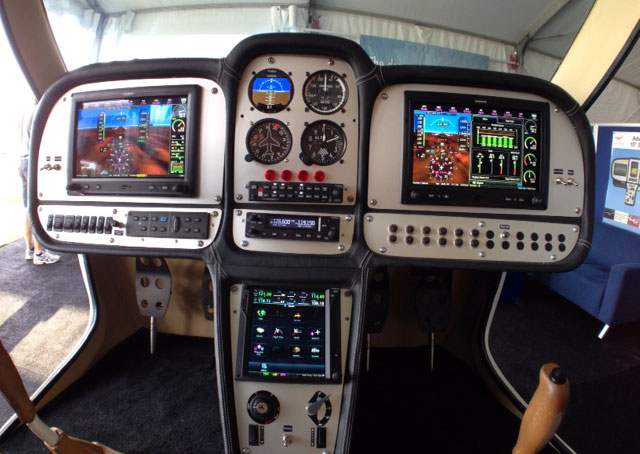