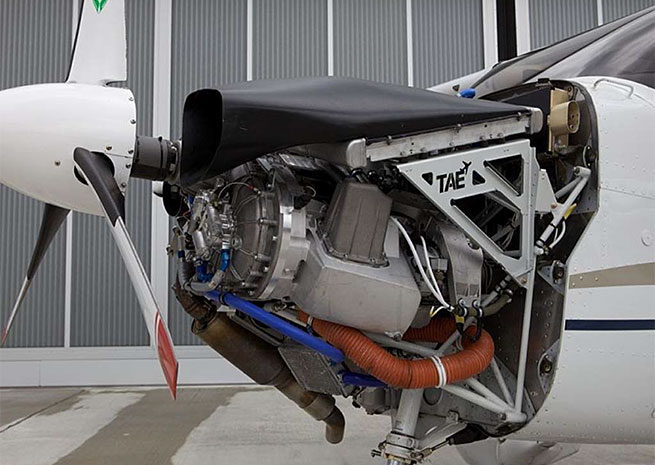 The first Premier Edition 172 is nearing completion in Fort Lauderdale, Fla., and should be finished within two to three weeks, Art Spengler, Premier Aircraft Sales’ vice president for operations, said at Sun ’n Fun on April 1.

Spengler also said the project was transitioning from the original MT composite propeller to a new Hartzell three-blade composite propeller, because the new Hartzell prop will deliver better performance. “It was just yesterday that I got the data on the Hartzell propeller,” he said. It is expected to climb 50 to 75 feet per minute faster, resulting in a quicker time to altitude; cruise should be 5 to 7 knots faster; and the airplane will burn 0.3 to 0.5 fewer gallons of fuel per hour.

Because the new engine is about 40 pounds heavier, the battery is being relocated to the airplane’s tail to offset that weight. In addition, the cowling must be modified to better cool the new engine. The first one completed will be used as a demonstrator. “The aircraft should and hopefully will be finished within the next two to three weeks,” he said.

Premier will find an airframe for customers desiring the modification, or modify a customer’s existing airframe. “Our demonstrator is basically a soup-to-nuts package,” currently priced at $289,500—including the airframe, the Centurion 2.0 engine, new propeller, Garmin avionics, and a Bendix/King KAP 140 autopilot. 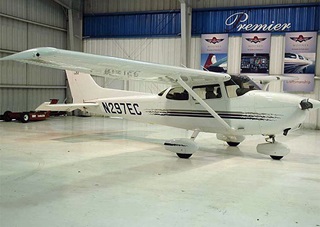 Customers providing their own airframe can choose from a cafeteria approach, purchasing only the upgrades they want. In round numbers, Spengler said the engine conversion, including the new propeller, will be priced at $95,000; because many components come from Europe, the exact price will vary depending on current Euro conversion rates and other factors.

“We’re introducing the Premier Edition 172 to give our customers the opportunity to upgrade their 172s with an advanced engine and avionics package that will improve the efficiency, value, and safety of these popular aircraft,” Spengler said. “This program is a direct response to what our customers have been asking for.”

Cruising at 75-percent power, the Centurion-powered 172 will burn about 5.2 gallons of Jet A-1 fuel per hour, compared to a Lycoming-powered 172’s typical consumption of about 9.2 gph at the same power setting, he said. “While the Centurion 2.0’s ability to run on less-expensive Jet A-1 fuel is what everyone wants to focus on, the upgrade also gives owner/operators a number of other benefits,” including single-lever power control, Spengler said. “Power, mixture, and propeller settings are all done with one lever. No more worrying over fine power/fuel adjustments.”

Centurion obtained the first type certificate for a diesel aircraft engine in 2001. It has been part of the Continental Motors Group since July 2013.

“Another huge advantage of the Premier Edition 172 is that it is amazingly smooth and quiet—actually 24 percent quieter compared to a Lycoming-powered aircraft,” he added. “The smoothness of the engine not only makes the cabin more comfortable and quiet, it also puts much less strain on the avionics and airframe. It makes a really good airplane into a truly great personal traveling machine.”

“We know the Centurion engine, we know the 172, and we know that together, they’re a combination that will be hard to beat,” Spengler said. “We’re receiving inquiries from around the world. One of the first calls I received was from a flight school in the Caribbean. They are paying $9 a gallon for avgas there and Jet A-1 is available for just over $4 a gallon. When you add in the fact that the Centurion engine burns about half the fuel, their fuel costs are likely to be reduced by around 55 percent. Multiply that by the number of flight hours a busy flight school/aerial tour operator generates in a month, and you’re going to see huge yearly savings on fuel alone.” Savings like that could pay for the upgrade in just a couple of years, he added.

“We expect to start a production line or a conversion line,” Spengler said. Once the Cessna 172 program is established, he said the company will begin converting Piper Warrior II and Warrior III aircraft.

For more information on the upgrade, visit the Premier Aircraft Sales website or call 954/610-4144.

Technical Editor
Mike Collins, AOPA technical editor and director of business development, died at age 59 on February 25, 2021. He was an integral part of the AOPA Media team for nearly 30 years, and held many key editorial roles at AOPA Pilot, Flight Training, and AOPA Online. He was a gifted writer, editor, photographer, audio storyteller, and videographer, and was an instrument-rated pilot and drone pilot.
Go to Mike Collins's Profile
Topics: Aircraft Systems, Gear, Avionics