Get the app Get the app
AOPA will be closing at 2:30pm ET Wednesday, November 23rd, and will remain closed Thursday and Friday in observance of the Thanksgiving holiday. We will reopen Monday November 28th at 8:30am ET.
AOPA Members DO more LEARN more SAVE more - Get MORE out of being a pilot - CLICK HERE
News & Media FreeFlight cuts ADS-B prices 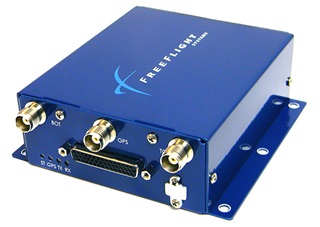 FreeFlight Systems on April 1 announced limited-time promotional pricing for its RANGR FDL-978-XVR ADS-B Universal Access Transceiver (UAT). The price for orders placed and delivered by Dec. 31, 2014, is $3,995—a savings of more than $1,500 compared to the regular system price of $5,495, because the offer also includes FreeFlight’s optional $350 serial-to-Wi-Fi module, which allows data to be displayed on an iPad. The UAT comes with an internal WAAS GPS.

“We did this based off of feedback from our dealer network,” said Pete Ring, FreeFlight’s aftermarket sales manager. “If price is really the motivator, it will help people start equipping today. The response we’ve received here has been overwhelming.”

The RANGR FDL-978-XVR provides full ADS-B Out rule compliance when used with an existing Mode A/C or Mode S transponder, and is approved for installation in more than 450 general aviation aircraft. The system also receives ADS-B In, FIS-B graphical weather, TIS-B traffic, and other data for display on multifunction displays or, with the serial-to-Wi-Fi module, on an Apple iPad. FreeFlight said the RANGR FDL-978-XVR is the smallest, lightest, and most affordable system available; is easy to install; and is the first UAT certified for rotorcraft.

The amount of time required to install the UAT can vary. Ring said that as a ballpark number, most installations are taking 20 to 30 hours. “That depends on both familiarity and aircraft-specific needs,” he noted.

“The promotion represents a great opportunity for GA aircraft owners to step up now to the benefits of ADS-B weather and traffic as well as improved flight following and search-and-rescue services,” said Tim Taylor, FreeFlight’s president and CEO. “We also want to help aircraft owners to get ahead of the installation crunch expected at avionics shops across the country approaching the Jan. 1, 2020, deadline. Finally, customers can add value to their aircraft by making it fully ADS-B rule-compliant and NextGen-capable, a big plus on resale.”

Technical Editor
Mike Collins, AOPA technical editor and director of business development, died at age 59 on February 25, 2021. He was an integral part of the AOPA Media team for nearly 30 years, and held many key editorial roles at AOPA Pilot, Flight Training, and AOPA Online. He was a gifted writer, editor, photographer, audio storyteller, and videographer, and was an instrument-rated pilot and drone pilot.
Go to Mike Collins's Profile
Topics: Avionics, Aircraft Modifications, Sun 'n Fun