The Stratus provides subscription-free weather and ADS-B traffic to ForeFlight Mobile, and the enhancements from partners Appareo, ForeFlight, and Sporty’s will be available soon with the release of ForeFlight version 6.0. Stratus 2 owners will be able to add the features as a free update.

Stratus Replay allows pilots to turn off the screen between uses, nearly doubling the effective battery life of an iPad, according to Sporty’s. When the pilot turns the screen on again, Stratus automatically sends the app any ADS-B weather data that was missed so that the pilot won’t miss important weather updates.

With animated radar, pilots can monitor Nexrad radar images as conditions change. Press the play button on the map page in the ForeFlight app, and the previous 30 minutes of regional and national radar will loop. 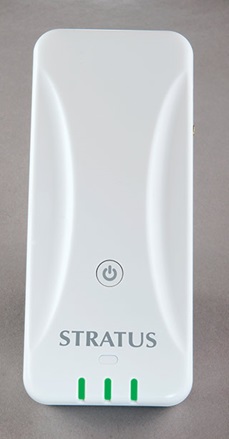 “The goal of all of this is to make it easy to use,” said Sporty’s Vice President John Zimmerman.

The new split-screen view allows pilots to display data from Stratus’ built-in attitude and heading reference system (AHRS) in the app with a glass cockpit-style split-screen view. It can be used in portrait or landscape mode and displays pitch, bank, groundspeed, track, and altitude.

Pilots will be able to access the new features by downloading the newest version of the ForeFlight app when it is available in the App Store. The update includes new Stratus firmware and comes at no charge to Stratus owners. Pilots can purchase a Stratus 2 for $899. Zimmerman said the company plans to continue to add features.

Pilots who shoot in-flight video may use new variable propeller filters for the GoPro or iPhone from Sporty’s and NFlight Technologies. The new filter allows pilots to adjust the darkness of the filter to combat “rolling shutter effect” in different lighting conditions and different airplanes. With the MySolo service, video novices can send their footage to the pros at Sporty’s, who will edit and add music.

Sporty’s also announced the addition of milestones and progress tracking to its Learn to Fly app, as well as an easier way to share accomplishments.

Existing pilots looking to get the rust off or stay proficient can take advantage of other updated offerings from Sporty’s: The Instrument Proficiency Check (IPC) program has been revamped with new video, graphics, and animations on topics including regulations, required instrument inspections, IFR clearances, and aircraft equipment required for IFR flight.

“It’s a great tool for a rusty pilot to get back,” Zimmerman said. The course is now available as a streaming online course for $39.95.

Zimmerman said the IPC program, as well as Sporty’s flight review program, are helpful for pilots who would like to get current again.

“There are tens of thousands of pilots out there who aren’t active, or aren’t as active as they’d like to be,” he said. To support pilots getting back into flying, Sporty’s also will be offering a Rusty Pilots ground school May 29 at its Clermont County, Ohio, headquarters as part of AOPA’s Rusty Pilots initiative to help lapsed pilots return to the air.

The company also gave details on its Partner Program, which includes rebates for flight instructors and flying clubs, and rewards for flight schools and FBOs. 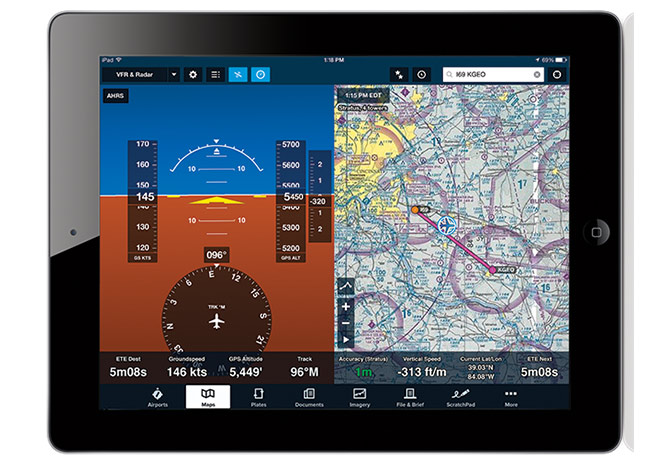