Get the app Get the app
Already a member? Please login below for an enhanced experience. Not a member? Join today
News & Media Bonanza pilot wins King Schools sweepstakes 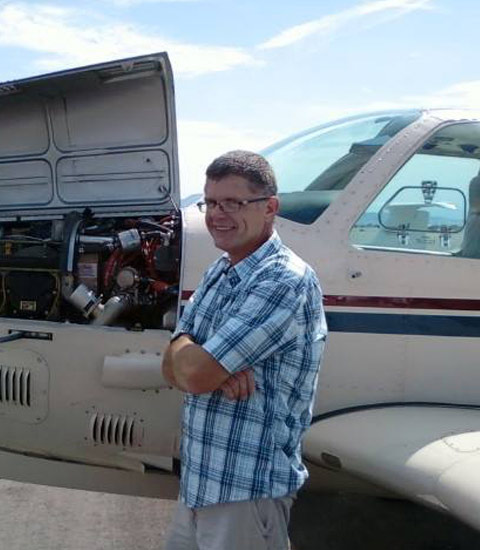 Patrick Timmons, a Beechcraft A36 Bonanza owner from Oklahoma, has won John and Martha King's "Let Us Be Your Mentors" sweepstakes. His purchase of the King Schools Get-It-All Instrument Rating Kit turned out to be the winning entry.

The sweepstakes was launched at EAA AirVenture in Oshkosh, Wis., in 2013, Barry Knuttila, senior vice president of marketing and technology for King Schools, told AOPA. “Patrick is getting a San Diego vacation for 3 days, including air fare, hotel, a rental car, and $1,000 in spending money,” he said. “He also gets to spend a full day with John and Martha, including starring in an aviation video segment.”

Timmons also will fly with the Kings on the King Schools Falcon 10 jet to Palm Springs, Calif., for a first-class dinner and mentoring, said Knuttila.

“When we placed the call to Pat to inform him that that he had won, we first got his voice mail. Pat listened to our message and wondered if we were just trying to sell him something. After hearing us repeat his name twice in the message, he thought, ‘Something must be up,’ and decided he'd better call us back. We are so glad he did!” said John King in a press release.

Timmons said in the press release that he’s “really looking forward to the flight in the Falcon.”