Get the app Get the app
AOPA will be closed July 4th, in observance of the Independence Day holiday. We will reopen at 8:30 am ET on Tuesday, July 5.
News & Media FAA hands out master pilot, mechanic awards at Sun 'n Fun 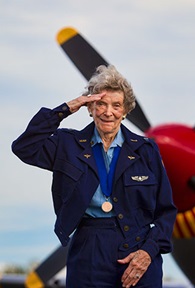 Eleven pilots, one of whom also is a master mechanic, were honored by the FAA at the Sun 'n Fun International Fly-In and Expo April 4 in Lakeland, Fla., for their contributions to safe flight operations for 50 or more years. The Wright Brothers Master Pilot and Charles Taylor Master Mechanic awards are given to pilots and mechanics who have exhibited professionalism, skill, and aviation expertise. They also are the pilots and mechanics who have brought the aviation industry forward for the enjoyment and benefit of their generation as well future generations of men and women.

“Our paths in aviation are widely varied, as pilots and mechanics. But we all share a passion for aviation and making sure things are safe and airworthy,” said Bob Locke, the master of ceremonies, himself a master pilot and mechanic. “These awards recognize those who have been a safe pilot or mechanic for at least 50 years. We're all the descendants of the Wright brothers and mechanics are descendants of Charles Taylor.”

To be eligible for the awards, nominees must be U.S. citizens with 50 years of experience, a clean record, and three letters of recommendation. The awards were presented by Deputy FAA Administrator Michael Whitaker. The winners received plaques signed by the FAA administrator. They also received a copy of their FAA records and will have their name on the roll of honor at FAA’s headquarters in Washington, D.C.