The first Archer DX powered by the 155-horsepower Centurion 2.0S diesel was unveiled at Aero Friedrichshafen, Germany. It will fly throughout Europe this spring and then come to the United States this summer.

The Archer DX will have a constant-speed propeller and a single power lever. It is designed primarily for international and domestic flight training.

"This milestone development by Piper and Continental represents a continuation of Piper's strategy to provide multiple fuel solutions for our customers," said Piper President and CEO Simon Caldecott. "This is the next step in ensuring that future Piper owners and operators have access to more economical and readily available fuel supplies, especially in Europe where traditional leaded avgas is hard to find and expensive." 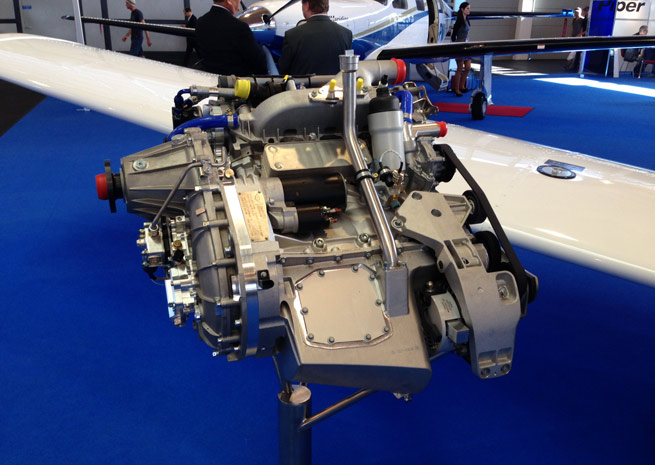 Ground and flight tests on the Piper Archer have been conducted in Germany, and the prototype first flew in February. The Centurion 2.0S engine is certified to use Jet-A, diesel fuel, or any mixture of the two kerosene-based fuels.

The Archer DX will be manufactured at Piper’s main facility in Vero Beach, Fla., and deliveries are expected to begin in early 2015 at a retail price of $399,495. The modified airplane has a 114-knot cruise speed at 70 percent power burning 5.8 gph, and the Garmin G1000 avionics suite is standard.

Piper officials say the diesel prototype is far quieter inside and out than traditional 180-hp Lycoming models, and range and endurance are far greater.

Piper will continue to manufacture Lycoming models side by side with diesels. Piper also plans a retrofit program to install diesels in existing G1000 Archers. 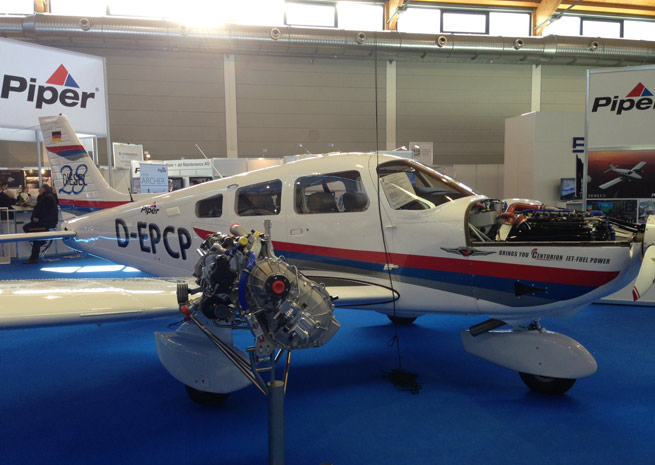