Get the app Get the app
News & Media Changing perceptions, growing numbers 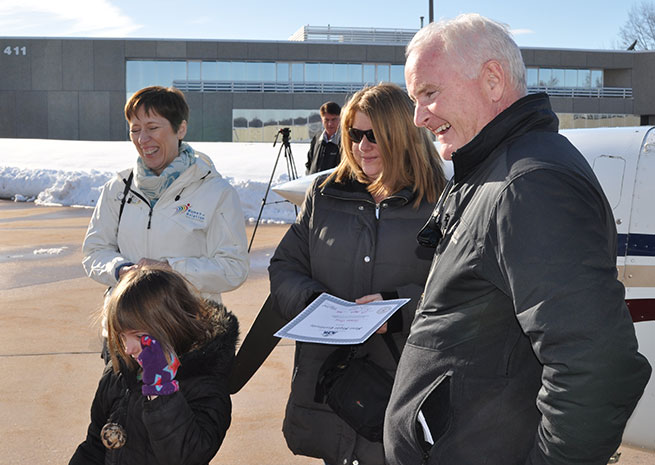 More than 26,000 attended Fly It Forward events held in 96 locations—including AOPA headquarters at Frederick Municipal Airport in Frederick, Md.—and pilots logged more than 1,000 hours in an ongoing effort to change perceptions that aviation is only for men. About 6 percent of all pilots are women, a number that has been stubbornly static for decades, though the efforts of Goyer and the many pilots (men and women) who fly it forward may change that.

AOPA staffer Kristen Seaman said the weeklong event was a wonderful opportunity to share the joy of flight. 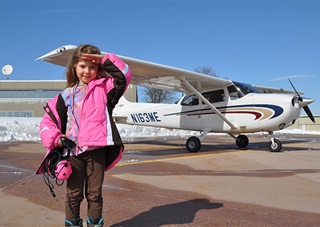 “Here at the local Frederick event, we are able to engage with the community and show them their airport, which they might not have even known was there,” Seaman said. “Seeing the look on someone’s face who has just taken their first flight is one of the most inspiring and moving moments I’ve experienced.”

The Frederick event drew more than 500 attendees on March 8 alone, with nearly 200 women and girls getting their first general aviation experience. Through the week, 22 airplanes from five airports in the region lifted off with women and girls on board (including an open-cockpit biplane, an award-winning homebuilt, and an Air Race Classic top 10 finisher). One helicopter also participated; attendees also had the opportunity to try their hand at a simulator.

The 2015 event is scheduled for March 2 through 8, paying tribute to women in combat. In 1915, Marie Marvingt, the third woman to earn a pilot certificate, flew a bombing mission over Germany and became the first woman to fly in combat.