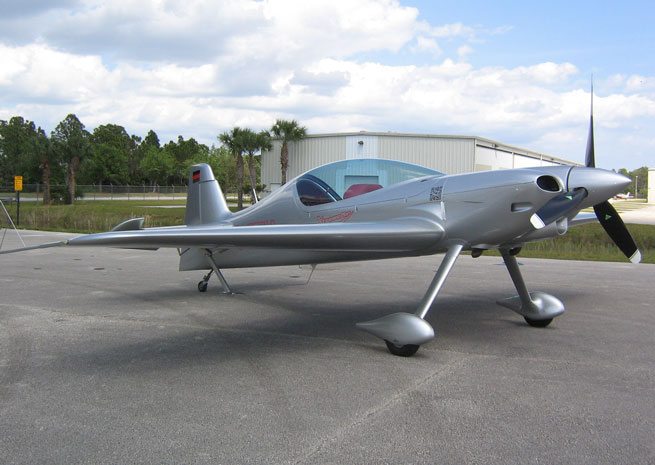 Airline pilot, aerobatic competitor, and flight school owner Joe Brinker had no plans to become an airplane dealer until XtremeAir came along. Brinker, who owns SunQuest Aviation in West Palm Beach, Fla., with his wife, Carol, was helping out at the 2013 World Aerobatic Championships in Texas when a conversation with the German makers of the XtremeAir led to a dealership deal.

By the time Sun 'n Fun rolled around this month, the Brinkers had a brand new XA42 to show off; with final registration approvals expected very soon, they’ve already begun scheduling demonstration flights.

It all came together pretty quickly, Carol Brinker said—even faster than building the aircraft itself, which is typically a six-month process.

The XA42 is the tandem version of the XA41, which has been making a mark in international competition: British pilot Gerald Cooper flew his XA41 to a third-place overall finish at the 2013 World Aerobatic Championship (and a first-place freestyle finish), and the aircraft logged three more of the top 25 overall results. The XA41 has enjoyed similar success at other high-level contests, edging in among Extras, Sukhois, and CAP 232s. Brinker said the designers took inspiration from all three of those well-established aerobats, though the XA41 and XA42 are clean-sheet designs, with all-composite construction that can handle a 10-G pull, roll at 450 degrees per second, and cruise at 200 knots, with aerobatic maneuvering entry speeds up to 225 knots. 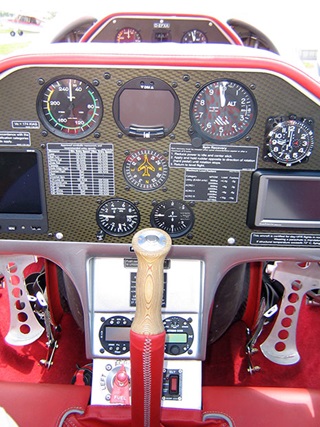 “My husband’s and my mission in life is to keep general aviation alive,” Brinker said, adding that while they had no plans to expand their flight school business, the opportunity proved irresistible.

XtremeAir states on its website that the XA42 is the first two-place aircraft that can compete at the top (Unlimited) level of international competition with both seats occupied. It is powered by the Lycoming AEIO 580 B1A, producing 315 horsepower. The maximum weight for aerobatic flight is 1,875 pounds, and the empty weight is 1,344 pounds. The XA42 also has longer legs than many aerobatic and sport aircraft: 800 nautical miles at 75 percent power, 205 KTAS.

Brinker said the level of enthusiasm from Sun 'n Fun attendees came as a pleasant surprise to all concerned. The XA42 received an FAA type certificate in 2012, though the aircraft now being prepared for demo flights at SunQuest is the first demonstrator to be available in the United States.