Get the app Get the app
AOPA Members DO more LEARN more SAVE more - Get MORE out of being a pilot - CLICK HERE
News & Media Aircraft, hangars damaged in Michigan wind storm 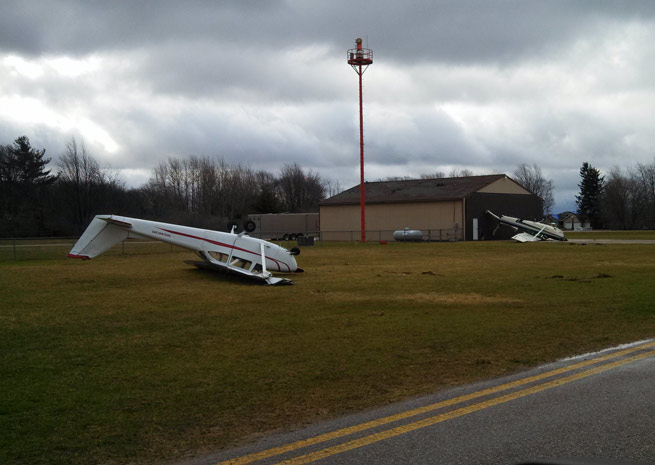 Three privately owned single-engine Cessnas—two Skyhawks and a Cutlass RG—that had been tied down outside at Lakeview Airport-Griffith Field in Lakeview, Mich., were total losses after being ripped free and tossed about, said Roy Matthews, the assistant airport manager, assessing the damage April 14.

Two more aircraft, including a Stearman biplane, were damaged inside hangars "when the doors blew in," Matthews said in a telephone interview. The Stearman took damage to its wings and tail, but the aircraft was probably repairable, he said. 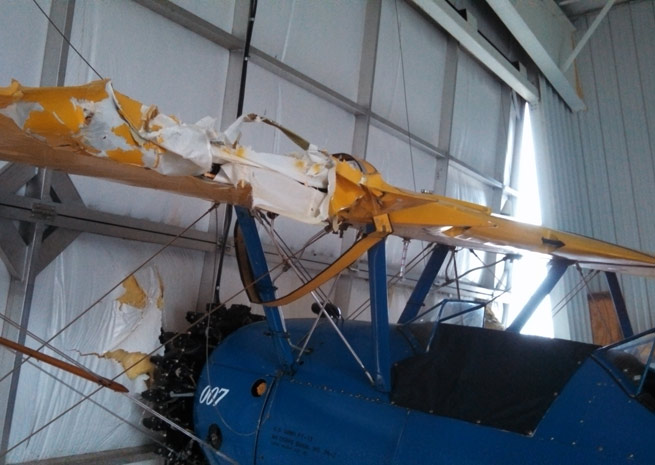 The village manager described damage in the community of Lakeview Village as "immense," reported a local newspaper as cleanup proceeded.

At Detroit’s Coleman A. Young International Airport, a Young Eagles flight program for youth run by the Experimental Aircraft Association, the Tuskegee Airmen National Museum, and Detroit’s Chapter of the Tuskegee was grounded Sunday after only 18 rides because of the strong winds, said a news account. 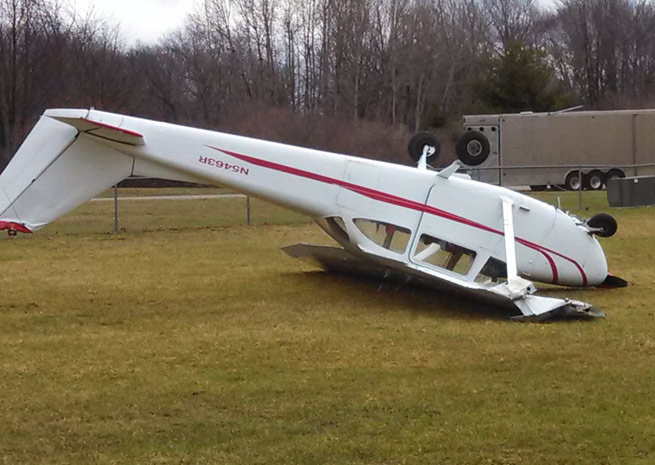