Get the app Get the app
Already a member? Please login below for an enhanced experience. Not a member? Join today
News & Media Hawaii is newest location for OpenAirplane

Hawaii is newest location for OpenAirplane

OpenAirplane has made it easier for pilots who want to fly in Hawaii: Under a new partnership with Barber’s Point Aviation Services, pilots can access the FBO's aircraft for rental and use on the island of Oahu using OpenAirplane’s Universal Pilot Checkout system.

The Universal Pilot Checkout system allows aircraft owners, fixed-base operators, flying clubs, and flight schools across the United States to easily verify a pilot's qualifications in different models of aircraft. Pilots now have access to aircraft across the country without the need for local checkouts.

Barbers Point Aviation Services is a Cessna Pilot Center, located at Kalaeloa Airport (John Rodgers Field), previously Barbers Point Naval Air Station, and will offer a Cessna 172 and a Cessna 150 for use within the OpenAirplane network.

“We’re excited to finally be flying in the islands,” said Rod Rakic, co-founder of OpenAirplane, in a press release. “Hawaii has been one of the top destinations our community has been asking for since we launched. Having flown from Barber's Point, I can tell you it’s definitely a peak experience, and a bucket list-worthy place to fly for any pilot.”

The OpenAirplane network now includes 55 locations across the United States, offering more than 180 aircraft for rent. More than 6,700 pilots have already signed up to fly with OpenAirplane. 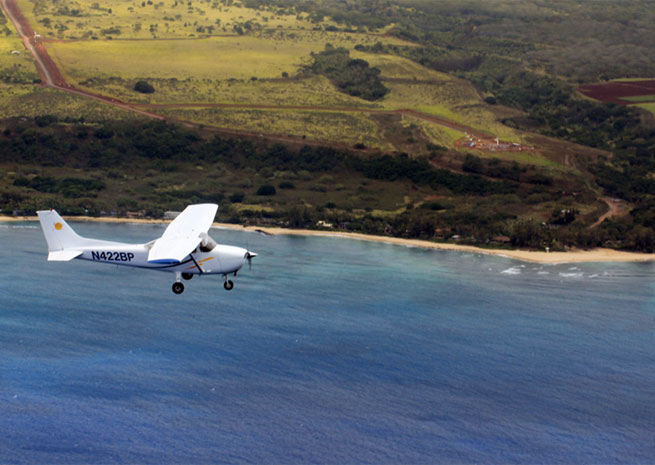