Get the app Get the app
AOPA Members DO more LEARN more SAVE more - Get MORE out of being a pilot - CLICK HERE
News & Media Training Tip: A commanding presence 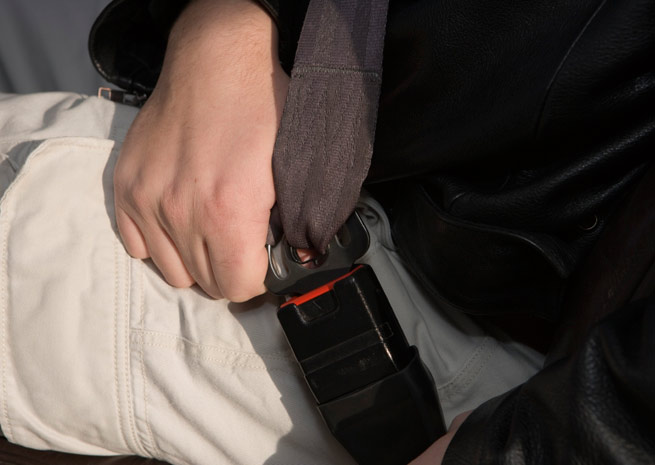 The preflight inspection is complete, and you feel your exhilaration rising as you belt yourself in and begin the "before starting engine" checklist.

Your instructor was running late today. Now rummaging in a flight case, he beckons you to proceed, so for now you skip the seatbelts-and-shoulder-harnesses item and move along to check the fuel-shutoff valve, electrical equipment, brakes, and circuit breakers.

Checklists complete and engine start accomplished, you start rolling toward the taxiway when the flight instructor's upheld hand gives you pause. In his other hand is his unlatched seatbelt.

Two lessons have already been served up even before your aircraft begins to move: One is that a skipped checklist item easily becomes forgotten. The other is that it’s never too early in a pilot’s training to practice supervising passengers, even if the role will be played by your instructor until you pass your checkride. (In the real world, not all passengers will take the seatbelt routine seriously unless you set a good example.)

Passenger supervision is more than a visual check of the aircraft’s occupants’ belts and harnesses. Regulations require that "no pilot take off a U.S.-registered civil aircraft … unless the pilot in command of that aircraft ensures that each person on board is briefed on how to fasten and unfasten that person's safety belt and, if installed, shoulder harness."

That required briefing is something to act out with your CFI—complete with a practice run in which the CFI "passenger" fastens and unfastens the belt and harness to your satisfaction. On your checkride, do the same with your designated examiner, and remember that today’s lesson illustrates how a realistic distraction—perhaps just the kind that could appear on your checkride—could trip you up.

Remember that a pilot may not "cause to be moved on the surface, take off, or land a U.S.-registered civil aircraft” without ensuring “that each person on board has been notified to fasten his or her safety belt and, if installed, his or her shoulder harness."

There’s a third lesson about your readiness to assume command embedded in the unfastened seatbelt scenario: Don’t let yourself be rushed or made to cut corners. Whether your instructor was probing your situational awareness, or just trying to make amends for being late, it’s perfectly acceptable to decline the invitation and wait for him to get settled in for the flight.