The fastest, most advanced TBM ever 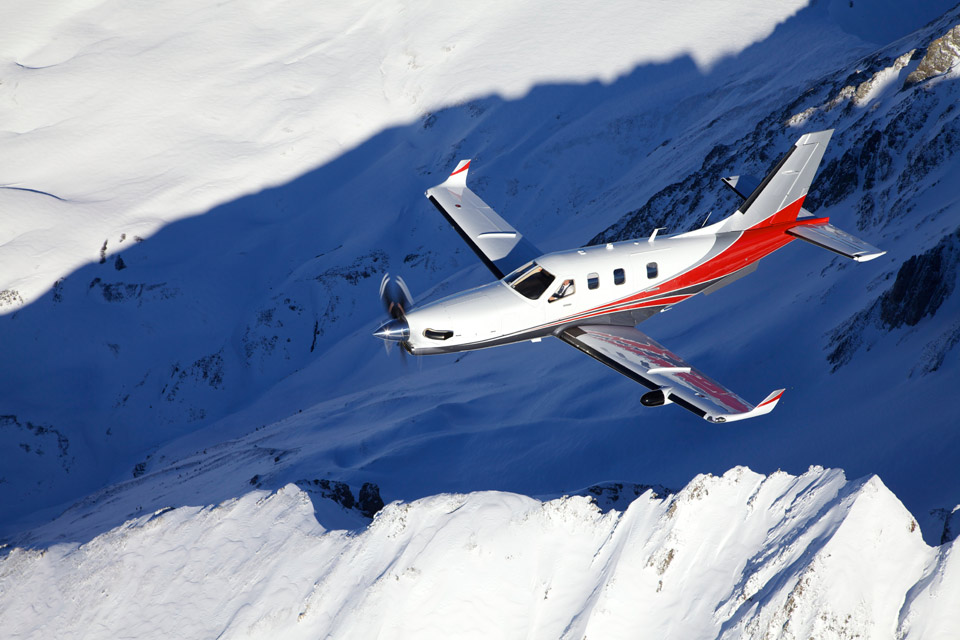 The TBM series of turboprop singles has proven a winner in the marketplace, with more than 684 sales since deliveries began in late 1990. Part of the reason for this success has been a pattern of constant design evolution. First came the “small door” TBM 700s with 700-shaft- horsepower Pratt & Whitney engines, then the “big door” TBM 700C2 variants with higher max takeoff weights, then the 850-shaft-horsepower TBM 850, followed by the Garmin G1000-equipped TBM 850s. But the newest in the TBM series represents more of a revolutionary overhaul of the TBM idea. It’s the brand-new TBM 900.

No, the new airplane doesn’t have a 900-shaft-horsepower PT6A engine— but it might as well, thanks to changes in several key design areas. “We’ve calculated that the TBM 850 would need to have a 934-shaft-horsepower engine in order to realize the performance we’re seeing in the TBM 900,” said Nicolas Chabbert, senior vice president of Daher-Socata’s Airplane Business Unit.

Simply put, the TBM 900 is the fastest, most economical TBM to date, with maximum cruise speeds of 330 to 335 knots (compared to the TBM 850’s advertised 320 knots), the shortest takeoff distances in the fleet (2,380 feet under ISA conditions, a 16-percent reduction over the TBM 850), the fastest times to climb (17 minutes to FL310, a 14-percent improvement over the TBM 850), and the longest ranges (1,582 nm with NBAA IFR reserves; 1,730 nm with 45-minute standard IFR reserves—eight- and nine-percent improvements over the TBM 850, respectively). As for summertime hot-and-high takeoffs at Aspen-like elevations, the 900 consumes 3,940 feet to 50 feet in ISA +30 temperatures—a 21-percent improvement over the 850. And all of this while using the same 850-shaft-horsepower PT6A-66D engine as its predecessor. “We were hoping to gain 12 knots when we began work on the TBM 900 project,” Chabbert said of the 900’s cruise speeds. “But instead we got almost a 20-knot boost.” 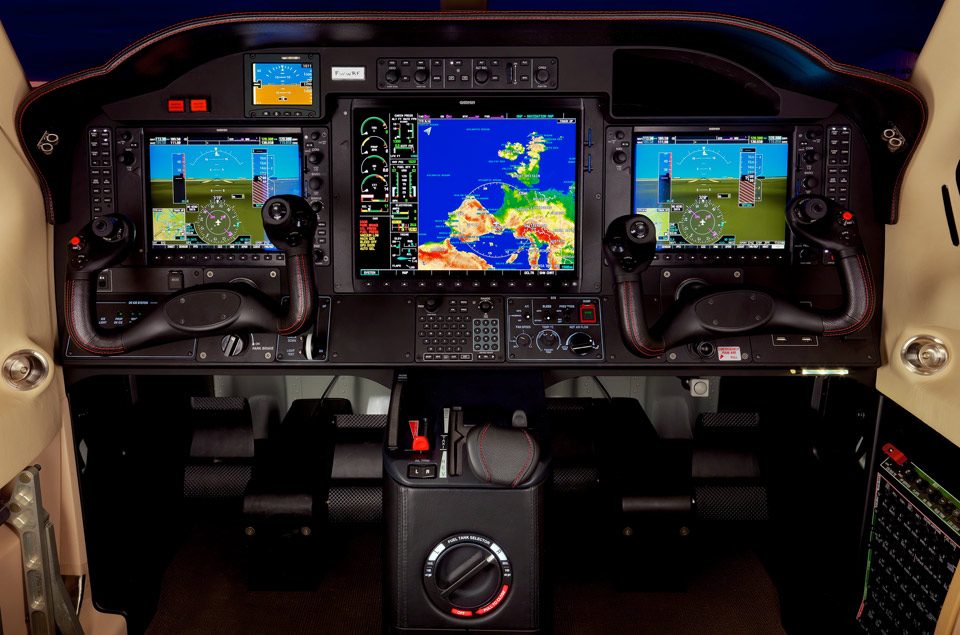 When the original TBM 700 was designed in the late 1980s, engineers used “classical design” techniques, according to Raphel Maitre, deputy vice president of the Socata Airplane Division. These were general aviation’s pre-computer assisted design (CAD) days, when light airplane manufacturers simply built what they thought were sleek and efficient airplanes—even though they often weren’t. Engineers didn’t know where they got things right, and where they blew it, so to speak. It takes a thorough examination under the unforgiving eye of computational fluid dynamics (CFD) to understand airflows, critically examine initial assumptions, and come up with solutions. Four years ago, that’s what Daher-Socata did with the TBM 850. It generated a numerical model of the airplane and let a CFD program called Fluent do the work. The result? “Let’s face it, the TBM was not an optimized design,” Chabbert said.

One big trouble area took in the propeller, cowling, engine air intake, and induction air plenum. The propeller disc was too far away from the air intake, which itself was too narrow and circular. This made for a lot of drag at the cowl and air intake leading edges, and created turbulent airflow within the induction plenum. The drag penalty? Six knots. On top of that, the exhaust stacks were angled too sharply, and this created turbulent flow within the exhaust stream, causing another one to two knots’ worth of drag. In plain language, the 850’s engine wasn’t breathing as well as it could.

For the 900, a new, swept, five-blade carbon fiber Hartzell propeller is used for more takeoff thrust, but it’s also set to within two inches of the pitot-style air intake (the 850 propeller is about six inches from the intake), which is slightly narrower, wider, and canted at a slight angle compared to the 850. Now the propeller pulses are treated symmetrically within the induction plumbing, and yield a smooth flow into the engine. The 900’s exhaust stacks have more rounded bends, a change that not only eliminated drag, but also added what amounts to 50 horsepowers’ worth of “free thrust,” according to Daher-Socata. Another three knots were picked up by removing the old-style inboard main landing gear doors.

Although the new propeller helps takeoff and initial climb performance, more available horsepower is the real hero in these phases of flight. TBM 850 pilots know that when moving the flap switch to the 10-degree takeoff position, a torque limiter kicks in that restricts power to 700 shaft horsepower; it’s only after you’ve fully retracted the flaps that all 850 shaft horsepower are available. With the 900, all 850 shaft horsepower are on tap, thanks to tests that confirmed better low-speed roll authority granted by the 900’s winglets, another change incorporated in the new TBM design. Directional stability is enhanced by a new, larger dorsal fin. Incidentally, the 900 will continue to produce 850 shaft horsepower all the way to 28,000 feet. The TBM 850 begins to peter out at 26,000 feet.

The TBM 900 was first revealed to AOPA Pilot in a February 12 visit to the TBM factory in Tarbes, France. There, an evaluation flight demonstrated not just the performance boost, but some major changes in the cockpit and aircraft systems as well.

Daher-Socata chief experimental test pilot Stephane Jacques was our minder and demonstration pilot for the flight, and there was a lot to see. Complaints about access to the front seats were fixed by narrowing the pilot seats, shortening the center console, and rounding its corners at floor level. Now it’s much easier to make a graceful entrance from the cabin. The forward pilot entry door, which used to be optional in previous models, is now standard.

The start sequence is easier, too. A new, 300-amp starter generator (up from prior 200-amp units) and an automatic switch from starter to generator function at 50-percent NG makes for faster starts with less workload. To start, just turn the overhead start switch On, wait for 13-percent NG, and move the single power lever into the low-idle position. After that, within 28 seconds the starter cuts out, and by 40 seconds ITT has stabilized and the start is complete. Battery starts on previous TBMs could take twice as long. By the way, a new GPU system lets you not only make assisted starts, but allows the power cart to charge the battery in case it’s depleted.

The TBM 900 has a single lever that incorporates both power- and condition-lever functions. Don’t look for a propeller control because none exists. The single lever rides in a lower-case “H”-shape gate system. The right side of the “H” controls the condition lever actions, so for a start you lift the lever and move it up and into the first detent to introduce fuel and put the engine into low idle. Move it forward once more and you’re in high idle. To operate it as a conventional power lever, move it to the left and into the run for calling up forward thrust, beta, and reverse-thrust functions.

Gone is the old propeller governing system, so don’t look for that little bump on the cowl that faired the old-style governor. The 900 uses mechanical stops to prevent prop overspeeds, and an electrical governor made by Czech manufacturer Jihostroj to keep rpm between 1,950 and 2,040. This means there’s but one prop setting, always kept very close to the 2,000 rpm redline—and thus no need to manually adjust the propeller. It’s all automatic, and all fail-safe. If there’s an electrical problem, the propeller continues to govern. If for some reason it begins to inadvertently feather, pulling the prop circuit breaker restores normal governing.

The most obvious cockpit improvement must certainly be the new control yokes. They’re both beefy and ergonomically correct, with seven switches and a recessed area that acts as a thumbrest. Customers complained about the clunky-looking old yokes, and Daher-Socata listened.

There are new landing gear, pressurization, and alternator systems as well. The landing gear lever illuminates when the hydraulic pump is running, and when the gear fail to extend. Pressurization is all automatic, and only requires entering the destination airport’s elevation—which can be called up automatically when
the destination is entered on the MFD’s flight plan page. Also new is a 100-amp standby generator.

Up at FL310—the 900’s maximum operating altitude—we set torque at the top of the white carat on the torquemeter for a maximum cruise power setting and saw a 327-knot true airspeed while burning 60 gph in -54 degree Celsius (ISA -10) conditions. A glance at the G1000 multifunction display’s map page showed that we could continue cruising for three hours, 10 minutes. At a long-range cruise setting we cruised at 262 knots and fuel burn went down to 39 gallons per hour. Daher-Socata’s TBM factory is at the Tarbes airport in the far southwest of France, very near the Pyrenees Mountains. At this power setting the MFD’s range ring put our 45-minute reserve range well to the north of Scotland—and that was with a 30-knot headwind. 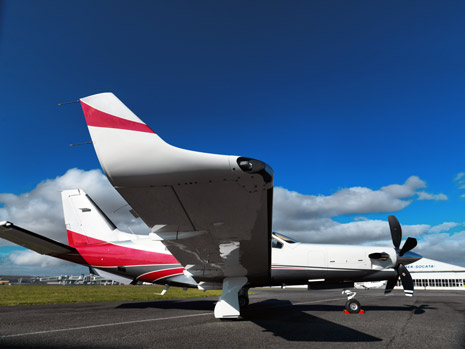 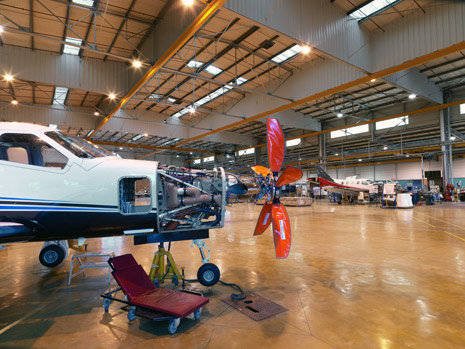 An emergency descent demonstration to 10,000 feet pegged the vertical velocity indicator past its 6,600-fpm limit, but the automatic pressurization kept the cabin in control by keeping its descent to 830 fpm. 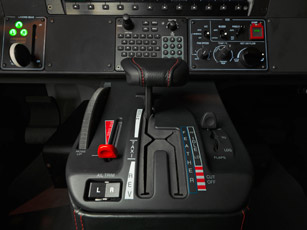 Then it was time for some stalls. There was an approach to landing stall, which produced plenty of buffeting as a warning, but no tendency to drop off on a wing; same deal with departure stalls. Then Jacques demonstrated the sorts of aggressive stalls he’d performed during certification flight testing. To the tune of 40 degrees, up, up, up the nose went until an abrupt stall caused the left wing to start a drop. But Jacques showed there was still aileron control. He countered the rolloff with full opposite aileron and the airplane hung there with wings level—thanks, he said, to the stabilizing effect of the winglets. 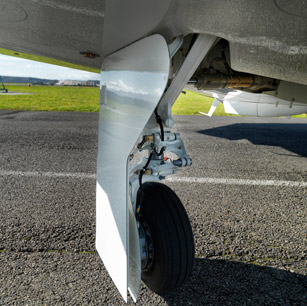 Back at Tarbes we flew an ILS using 25-percent torque, 10 degrees of flaps, and gear down and full flaps at one dot above the glideslope. The result was a very stable 85-knot trip down the final approach course. There is the impression of being nose-low on short final, but it’s best to resist the temptation to flare too soon. Save that for the last 20 or so feet of altitude; go to idle thrust, hold the nose off, and you’ll see that the 900 can indeed make nice landings—even though some say the landing gear can make for some hard arrivals on occasion. Once the nosewheel settles to the runway, pull a gob of reverse thrust, apply brakes, and chances are you’ll stop in well under 1,000 feet. The POH said our ground roll distance that day would be 1,200 feet, but that’s without reverse thrust. 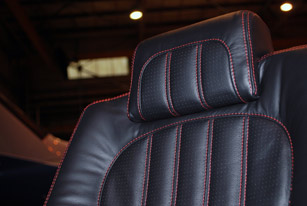 In 2009 French industrial conglomerate Daher bought a controlling interest in what was then EADS-Socata, the manufacturer of the TBM (and before that, a line of piston singles). The TBM 900 is the first airplane to be certified under the new ownership, and proof that Daher is as enthusiastic about building airplanes as Socata was. 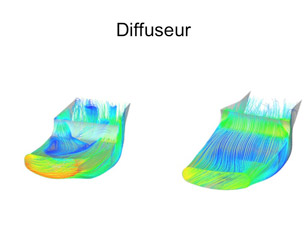 For the past four years a team of 75 employees at the Tarbes facility has been working in secrecy on the TBM 900, under the “Century” project name. The team was fixated on product improvement, knew that the TBM was a good design, but also knew that unless they made it better the market would not tolerate any deficiencies, real or perceived. “That’s why we invested so heavily—even though it was the worst of economic times,” Chabbert said.

The investment seems to be paying off. At a customer meeting in March, Daher-Socata said orders for 10 TBM 900s were placed, sight unseen. Ditto 30 more orders by distributors convinced that the customer base would respond. That’s 40 orders—the same number of TBM 850s sold in all of 2013. The 900 is priced at $3.711 million.

At the factory, production of TBM 850s was stopped at serial number 684. From now on, the TBM 900 is the future of Daher-Socata’s airplane business unit, and things are looking up. When we left Tarbes, four TBM 900s were on the ramp and eight more were on the line. And the airplane had not yet been announced to the public. 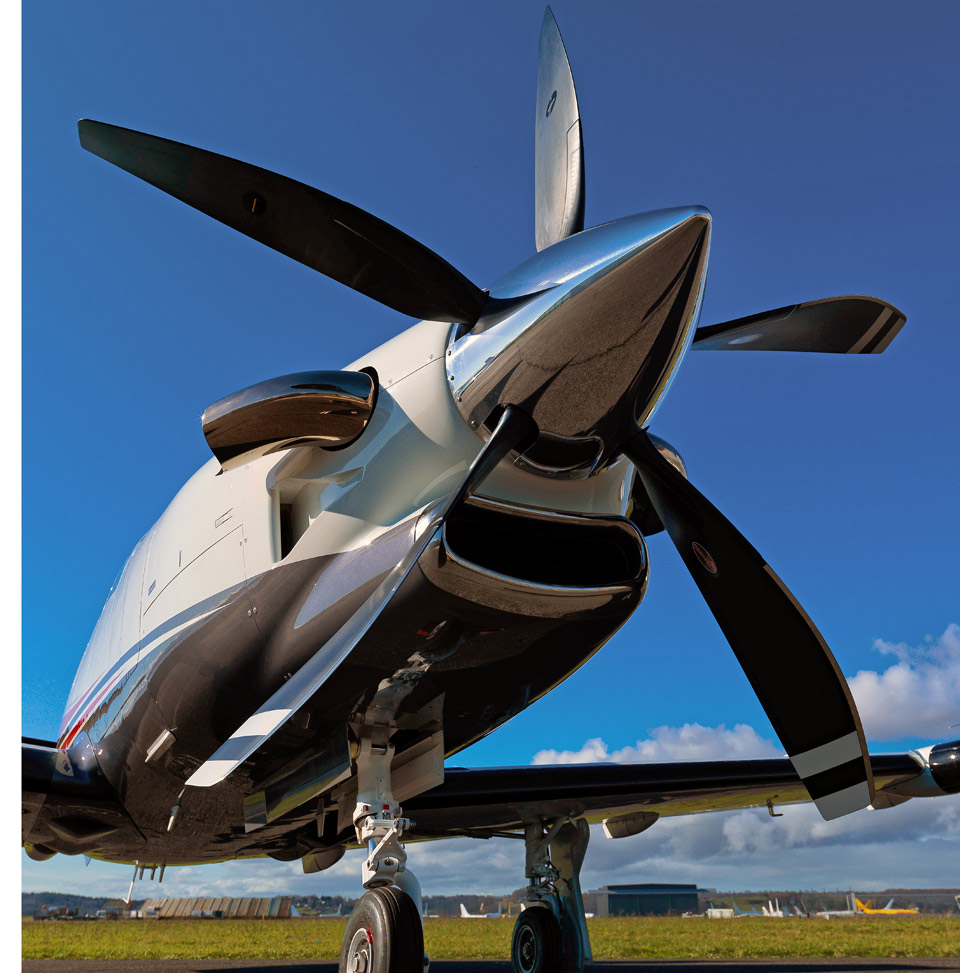