Get the app Get the app
AOPA Members DO more LEARN more SAVE more - Get MORE out of being a pilot - CLICK HERE
News & Media Tecnam P2008 TC: Luxury Level LSA 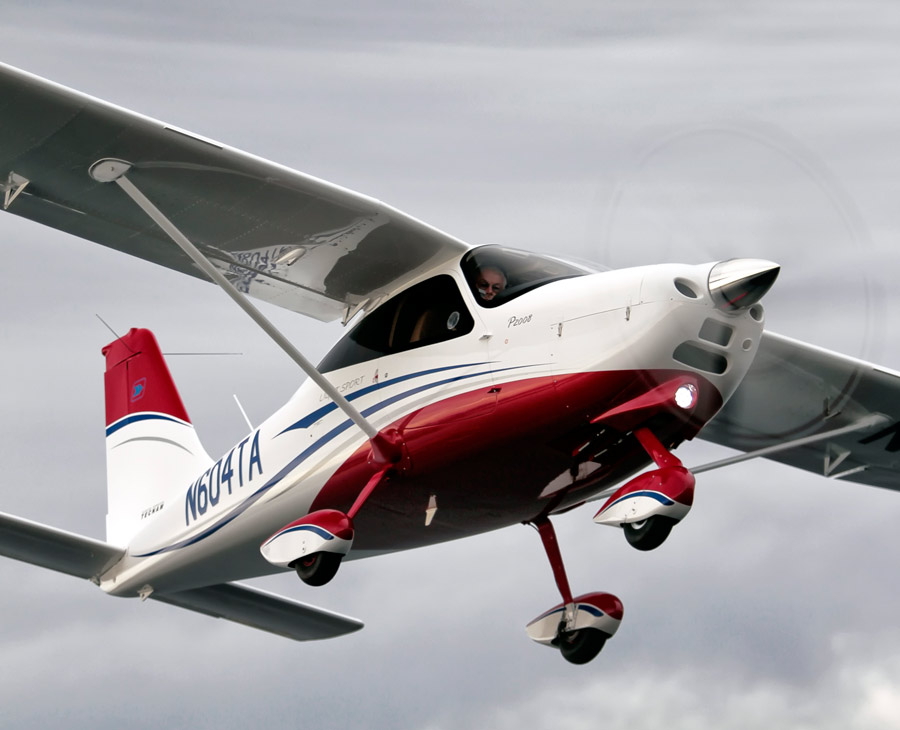 This turbocharged Tecnam P2008 offers several hints of where general aviation may be headed in the future. It brings together less costly construction techniques (metal wings and carbon fiber fuselage) and is certified under less costly rules. On the panel are dramatically less expensive avionics. Some think aircraft like this one may populate flying clubs and rental fleets decades from now, after current four-place, $400,000 airplanes inflate their way up to $1 million. 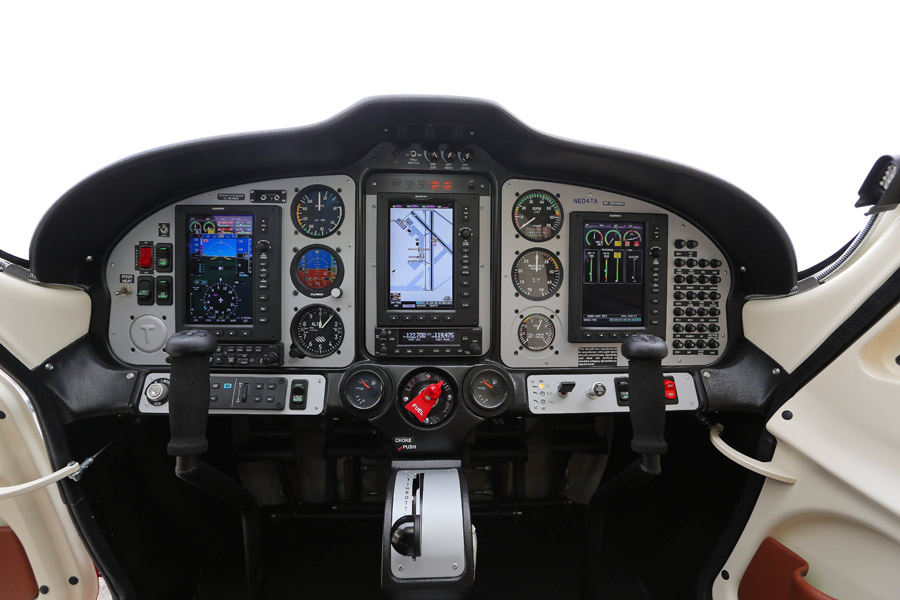 That’s not to say that everyone in the future will have $219,000 in discretionary money to purchase a luxury-level Tecnam P2008 TC. (Tecnam models are named for the year they were designed.) This one is tricked out with a triple-screen Garmin G3X glass cockpit displaying traffic and weather, and even a backup electronic flight instrument system by an Italian company called Flybox. You can purchase a P2008 for far less, but it won’t be turbocharged. The base price for a P2008 with analog flight instruments, an iPad mini for your moving navigation map, and no turbocharger is $146,500. The turbocharger package includes a three-blade Sensenich propeller and adds $24,900. That Flybox Oblò (Oblò means porthole in English) backup offers—in a three-inch space—an attitude indicator, a turn-and-bank indicator, an altimeter, a vertical speed indicator, an airspeed indicator, a G-meter, a magnetic heading or GPS tracking heading, and a pressure reference. It costs $2,300. 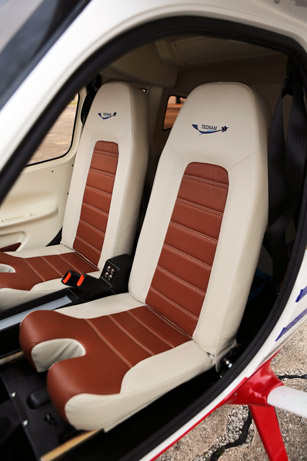 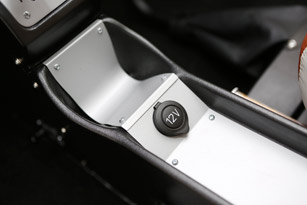 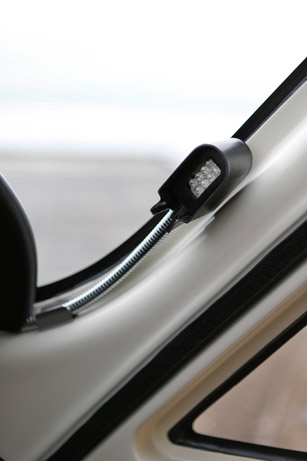 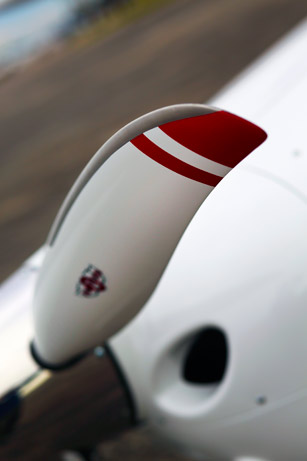 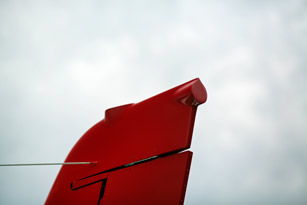 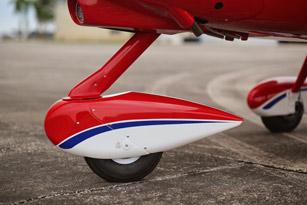 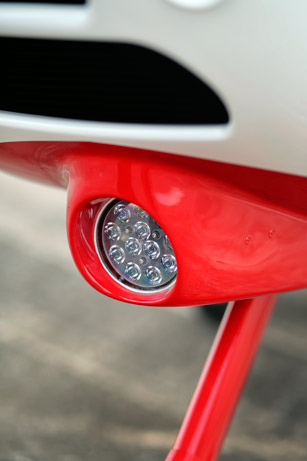 Looking like a mini-Cessna 172, the turbocharged P2008 promises a smooth-running Rotax 914 engine and 117 knots true airspeed at 9,000 feet. Tecnam North America CEO Phil Solomon said that was his average speed on a recent flight at 9,500 feet.Smoothness comes from turbocharging the 80-horsepower Rotax 912 to produce 115 horsepower—the engine has lower compression than the 100-horsepower model—as well as from the three-blade propeller and shock-absorbing rubber engine mounts found in Tecnam’s more expensive models.

Slide the throttle past a detent and a computer will set the engine power to 115 percent, but that setting is limited to five minutes. Still, the engine’s computer takes advantage of turbocharging at nearly any power setting. Solomon said he recently maintained a climb rate of 1,300 feet per minute—even without maximum power—all the way to a cruising altitude of 9,500 feet. The 914 engine is often chosen for seaplanes and aircraft operating at high elevations or in hot climates.

The panel offers a third outstanding feature of this P2008 TC, the Garmin GMC 305 autopilot. The autopilot allows this particular airplane to make coupled instrument approaches and can even control indicated airspeed. Solomon points out that Light Sport aircraft are limited to visual weather conditions. The autopilot also has an emergency “level-recovery” attitude button to literally right a pilot’s wrongs.

To its credit, the Sebring, Florida, Chamber of Commerce website does not promise a sunny warm day, only that there is a “mild” climate at an unspecified time. The air-to-air photography flight was conducted under miserable gray skies in heavy-jacket temperatures, making photographer Chris Rose’s job difficult in dull light and chilly weather. The occasion was the U.S. Sport Aviation Expo in January.

Tecnam gets an “A” for the claim that the engine is smooth. The 100-horsepower Rotax 912 engine is known for starting and stopping with an abrupt shudder. The 914 is more like engines found on four- and six-seat piston-engine aircraft. Photos on the ground required spinning the aircraft through tight turns to aim towards the imaginary sun. The free-castering nosewheel provided the only problem seen during the aircraft test. As the aircraft turned left I stopped, held the toe brakes, and explained to Tecnam’s Solomon, “I was trying to turn right.” He deftly commanded the aircraft to the right, but said he felt the nosewheel needed an adjustment that was later made prior to delivery.

Takeoff, as with most Light Sport aircraft, requires a slight back pressure on the stick to lessen the load on the nosewheel and a light touch overall. These small aircraft are more responsive than even their four-seat kin. Rotation is at 48 knots indicated airspeed, while the best rate of climb is between 70 and 80 knots. Catching up to the lead aircraft, a Cessna 210 that had slowed for the Tecnam, I radioed to the pilot that he could power up because I was at half throttle. There was no concern about operating the turbocharger since there was nothing to do. A computer takes care of the turbocharger (a red light will come on if you exceed five minutes at maximum power), leaving only a single lever for power; there’s also no fuel mixture control; and, of course, no propeller control, since the propeller is not allowed to be adjusted in flight on Light Sport aircraft. Propeller adjustments are made on the ground. The electric flap control has just three positions: 0 degrees, takeoff (15 degrees), and landing (40 degrees). The single power lever and simple flap control, along with stick-mounted electric trim buttons and a push-to-talk switch, kept the workload light.

In flight the engine kept its smooth reputation, with the carbon-fiber fuselage helping to dampen sound. The aircraft flew as if the autopilot was on, although it was of course not used in formation. Rose mentioned that the P2008 TC stuck to its position while he recorded video for this article from the lead aircraft, but I was making no control inputs at the time, just sitting there. Although the wing is mounted above the cabin, visibility is excellent.

Light Sport aircraft can get testy during landing. Limited to 1,320 pounds (more for seaplanes), they lack the mass to keep floating if power is reduced to idle just above the runway. Instead of having several seconds to raise the nose for a soft touchdown, the pilot finds he has no time at all—and a firm landing is the result. I was prepared to leave a little power on to touchdown if necessary to avoid that, but needn’t have bothered. The approach was made at 65 knots indicated airspeed. Even with power at idle just above the runway there was no sudden increase in sink rate. It made me look good.

Obviously this aircraft is nicer than it needs to be, and therefore more expensive, but not if it is to compete in the luxury end of the market. It’s small, leading some to call all Light Sport aircraft “toys,” but if you’re out playing in the sky, toys are what you need.

Video: Fly along withthe author in this online video.

Extra
Speed is a key selling point for this luxury light sport.