Get the app Get the app
AOPA will be closing at 2:30pm ET Wednesday, November 23rd, and will remain closed Thursday and Friday in observance of the Thanksgiving holiday. We will reopen Monday November 28th at 8:30am ET.
AOPA Members DO more LEARN more SAVE more - Get MORE out of being a pilot - CLICK HERE
News & Media New options lower Jeppesen data costs

Following the “simpler is better” method it used with its Mobile FliteDeck VFR offering last year for the general aviation market, Jeppesen this year at EAA AirVenture introduced simplified data subscriptions for GA customers. Rather than 64 global coverage options, the new structure uses just 10 global options for IFR navigation data services at a lower price point. For example, complete U.S. coverage is available for a $299 annual subscription. Under Jeppesen’s previous options, a GA pilot would pay $811 a year for just the 48 contiguous states. To also get Alaska, a pilot would have had to also buy Canada, costing another $643.

Mobile FliteDeck provides a pilot with all of the IFR en route and terminal procedures for the coverage area for use on one mobile device, such as an iPad, Android, or other tablet computer. With Mobile FliteDeck, GA pilots can choose to fly without paper charts. Additional new features include depiction of instrument departure and arrival routes (SID and STAR procedures) on en route charts and improved flight plan integration. Mobile FliteDeck customers also have access to Jeppesen’s MyFlitePlan Online, the company’s online flight planning service.

Both products come with a free 30-day trial.The JeppFD IFR app can be downloaded from iTunes for free. Subscriptions can be purchased from Jeppesen’s website. 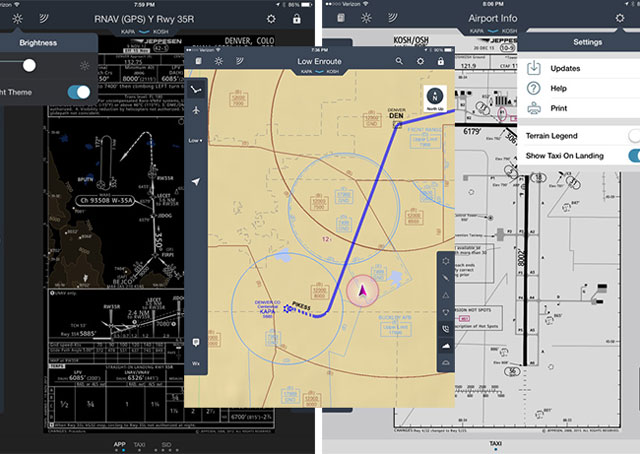 Contributor (former Editor in Chief)
Contributor and former AOPA Editor in Chief Tom Haines joined AOPA in 1988. He owns and flies a Beechcraft A36 Bonanza. Since soloing at 16 and earning a private pilot certificate at 17, he has flown more than 100 models of general aviation airplanes.
Go to Thomas B Haines's Profile
Topics: Avionics, Events, Technology