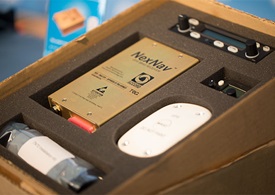 Trig Avionics CEO Andy Davis arrived at his EAA AirVenture 2014 press conference with a little more news than he had expected to offer just days before. Announcements had already been printed touting the TN70, a combined Wide Area Augmentation System (WAAS) GPS and transmitter, which can be installed without panel space to serve the position-reporting function of Automatic Dependent Surveillance-Broadcast (ADS-B) Out, and can be connected to a range of transponders including Trig models.

Davis switched the plan when word came through that the FAA has approved the Trig TT31 and TT22 transponders for use with Garmin 430W and 530W navigation systems.

“It opens it up to quite a number of aircraft,” Davis said.

In 2020, the FAA will require ADS-B Out (automated reporting of position data from WAAS GPS) for aircraft operating anywhere a Mode C transponder is required today. Avionics firms and shops have been pushing owners to get cracking: Based on the estimated number of aircraft still not equipped to broadcast ADS-B Out data, every shop in the country would need to perform multiple installations per day between now and Jan. 1, 2020, to keep the entire fleet able to fly in Mode C airspace.

“In some ways, the barriers are being lowered,” Davis said, noting that his company can offer a complete ADS-B solution for $3,500, which includes a WAAS GPS antenna and receiver, and an ADS-B transmitter combined in a single unit that can be used on its own, or coupled with TT22 and TT31 transponders.

Those transponders, priced at $3,000 (the TT22 is a compact version, while the TT31 is designed to replace the KT76A), also offer ADS-B data transmission when coupled with a WAAS GPS source. Aircraft already equipped with the Garmin GNS 430W (the WAAS-enabled version of the GNS 430) and 530W can now link those systems to a Trig transponder—another path to compliance with the mandate.

“The testing went beautifully,” Davis said. “We’ve been plugging away at this for quite a few years.”

Trig, based in Edinburgh, Scotland, has taken the lead in ADS-B equipage, Davis said: “We think that the majority of ADS-B systems flying in the U.S. today are flying with Trig equipment.” He said the company noticed a shift in the kinds of conversations and questions customers were asking at EAA AirVenture.

“They’re really seeking information that leads them toward a solution,” Davis said. “People are finally accepting that this is in their future, and they need to do something about it.”

AOPA continues to voice concerns about the FAA’s implementation of the NextGen program, of which ADS-B is a critical part. The association hosted a seminar at AirVenture that drew more than 150 attendees, nearly all with questions about the details of NextGen and the ADS-B Out mandate. 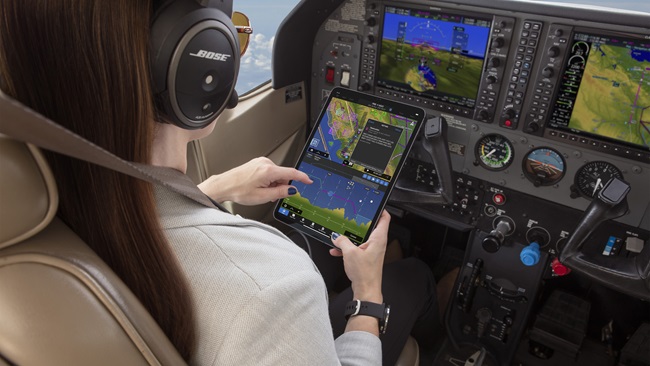