Get the app Get the app
AOPA will be closed July 4th, in observance of the Independence Day holiday. We will reopen at 8:30 am ET on Tuesday, July 5.
News & Media Fly-Ins: On a mission

Fly-Ins: On a mission 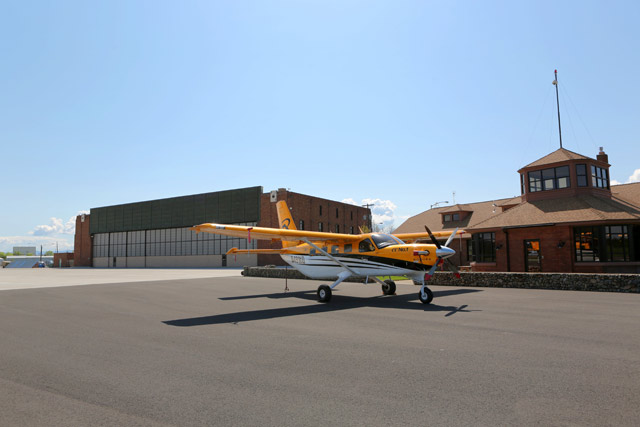 Dennis Elrod spent five years as a missionary pilot overseas, flying in desolate areas in Indonesia, providing critical services for missionaries serving in remote areas. He then trained missionaries at Moody Aviation. The rugged Pratt & Whitney PT6-powered Quest Kodiak proved to be a trusted steed for missionary pilots and so it has become the new breed of bush aircraft. The Spokane Turbine Center was established in 2007 as a training center for Kodiak turboprop aircraft equipped with the Garmin G1000. Elrod is the center’s chief executive officer.

“These airplanes are a tool; they bring precious cargo of missionaries, supplies, government workers, health workers, and needed supplies to isolated people in remote locations,” says Elrod. The mission of the Spokane Turbine Center is to provide high-quality, cost-effective turbine training in technologically advanced aircraft to the mission aviation community.

Spokane Turbine Center is located in one of two original hangars on Felts Field. The hangars were constructed in three different phases between 1926 and 1934. The center building has STC’s offices, the G1000 classroom, simulator bay, and library. The hardwood floor in the library is original. When renovations were started in 2009, these rooms all were in their original state.

The National Guard hangar was built in 1934 and was then described as “the most modern hangar in the country.” It was one of the largest steel-and-brick hangars in the United States. It was remodeled in 2011/2012 for the Moody Aviation’s maintenance training school.

• Watch for tall towers on the mountain. If you are flying in from the west, you may be routed over Cheney and you’re headed for Tower Mountain.

• Be aware of overflying the Class C airspace. Spokane Approach is very helpful and eager to provide radar services to Felts Field during the event.

• Beacon Hill is located just north of the airport, and obscures the airport from aircraft arriving from the north. Pilots are strongly encouraged to be in communication with ATC in advance of arrival.

• Special Flight Procedures will be available two weeks prior to the event. Download the link.