Get the app Get the app
Already a member? Please login below for an enhanced experience. Not a member? Join today
News & Media Total immersion

Kayla Graham woke up one August morning and began, as she had each day flying in the Hop! Tour Des Jeunes Pilotes, addressing those around her in well-studied French.

That proved a contretemps this particular morning. The previous day, a jet-lagged Graham had returned home to Centennial, Colorado, following three weeks of immersion in the lively general aviation scene of France. 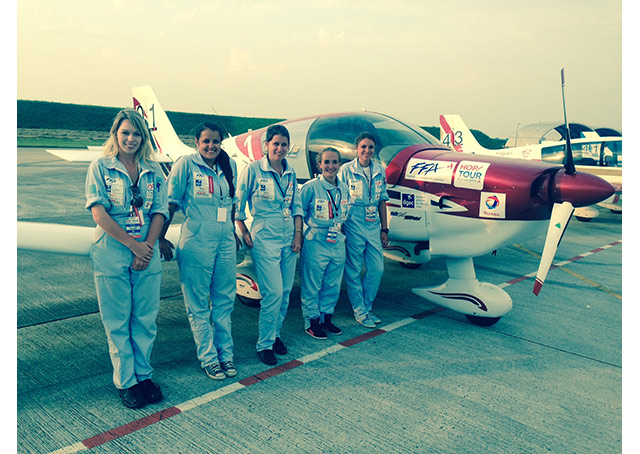 "It felt weird to be speaking English, my immersion was so complete," she said.

"A lot of firsts" is how Graham, 23, described participating in the Hop! Tour, an air rally designed to promote France’s general aviation sector and inspire the next generation of pilots. Graham made the journey upon her selection by AOPA, the International Council of Aircraft Owner and Pilot Associations (IAOPA), and the Fédération Française Aéronautique to be America’s representative in the event’s 2014 running.

A language major, recently minted flight instructor, and employee of navigation-information company Jeppesen, Graham was selected from a 34-applicant pool, with her trip being sponsored by AOPA US, AOPA France, and IAOPA. She joined 43 other young pilots flying an eight-airport route from Toulouse to Paris, from July 19 to Aug. 3, presenting GA at each port of call through static displays, appearances, and mass-media presentations intended to “get the public excited about aviation.”

The event, usually held on a year-on, year-off schedule, is well established with the French public, is extensively sponsored, and receives a warm reception in the communities it visits, she said.

Pilots in the rally were recognizable at the airports they visited by their blue flight suits, as distinguished from Hop! Tour support-team members whose roles had them dressed in yellow or brown attire. 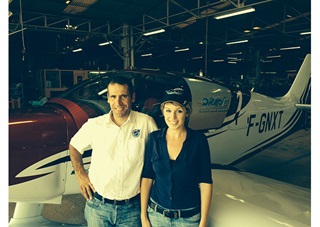 One of the many aviation firsts Graham recorded was the chance to fly the rally in a French-built, factory-new Robin DR401. The wood-and-fabric diesel-powered airplane "flew great" and turned in typical cruise speeds of 120 knots, she said. Sharing the Robin’s cockpit with Graham was French flight instructor Fernando Figueirédo, whose aviation activity is a sideline to running his business, a driving school, Graham noted in her trip blog. (American CFIs might be interested to know that Figueirédo appeared to regard the concept of flight instructing for pay as unfamiliar. In France, Graham said, where aero clubs are the predominant gateway to the skies for general aviation pilots, club instructors may be volunteers who offer their services at no charge, "for fun.")

Because the DR401 is FADEC-equipped (FADEC stands for full authority digital engine control), a special endorsement is required in France to serve as pilot in command, making Figueirédo the PIC for the rally flight legs, Graham said.

The pair had to fly several extra flight legs in the unusual diesel-powered aircraft to divert from the course for the jet fuel the Robin requires.

Landing at a grass strip and a military base, and overflying the Atlantic Ocean during coastal legs of the route marked other aviation firsts for Graham. History leapt from the books to her eyes as she overflew cemeteries that serve as final resting places for those who fought and died in the Twentieth Century’s great wars—their white grave markers plainly visible from 1,500 feet. Passing overhead Normandy, Graham could not help but reflect that many of the soldiers who sacrificed all on the beaches below during the D-Day invasion of 1944 would have been about her age when they died.

"It was touching," she said. 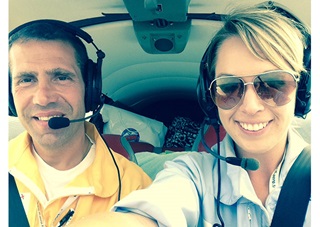 Some retro-pilotage was on the agenda when the flight team had to identify a series of assigned checkpoints on the ground, armed only with a paper navigation chart—extra challenging from the cockpit of the low-wing airplane. The task also marked a change of pace from the iPad-and-GPS brand of flying she usually does at home in Colorado.

Between the media coverage, the travel-packed schedule, and the well-attended static displays at each destination, Graham found herself becoming a recognizable figure along the way, with people spontaneously greeting her—in one case, asking her to pose for a photograph that found its way into stories in two newspapers.

No lack of creativity attends the promotion of GA in France: Graham described one French media campaign that made its appeal on grounds of both affordability and health, pitching the idea that if you quit smoking, you will have money to pay for flight training.

GA in the United States sets the standard for the world, Graham said—but the French GA scene is vibrant, with enthusiasm for flight growing.

With scholarship opportunities for youngsters emerging, and the message of flying’s accessibility starting to connect, the word is getting around that aviation is "doable," Graham said, sporting an adjective that suggested she had recaptured comfort conversing in her langue maternelle. 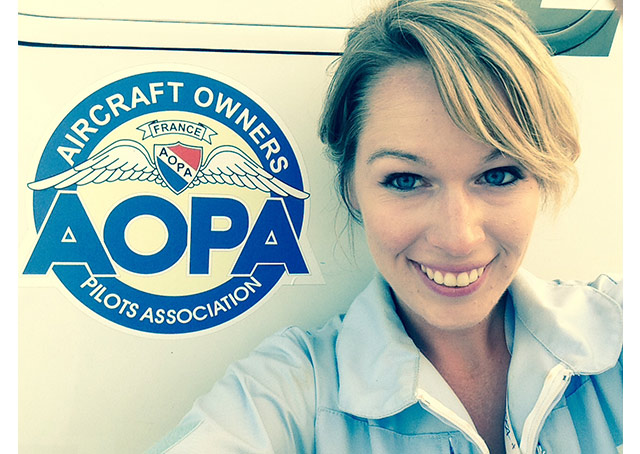