Get the app Get the app
AOPA Members DO more LEARN more SAVE more - Get MORE out of being a pilot - CLICK HERE
News & Media AOPA's Landsberg retires, two new leaders step into his role 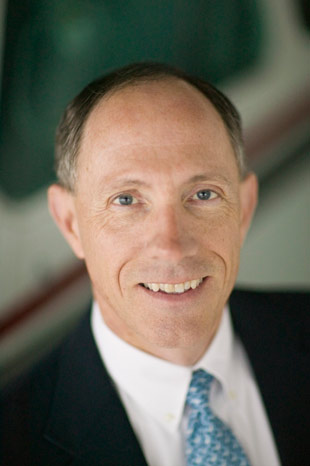 One of general aviation’s most prominent safety advocates has announced his retirement after 22 years in leadership roles at AOPA. As President of the AOPA Foundation and Executive Director of the AOPA Foundation Air Safety Institute, Bruce Landsberg has led the association’s fundraising, charitable, and safety efforts for 22 years. He will continue to serve in an advisory capacity.

“We are grateful to Bruce for his years of unparalleled dedication to general aviation, and are delighted that he has agreed to continue on as our senior safety advisor,” said AOPA President Mark Baker. “We wish Bruce all the best as he begins a new chapter of his life.”

Landsberg will assist with the transition as AOPA welcomes Jim Minow to head the AOPA Foundation and George Perry to lead the Air Safety Institute.

Minow brings 30 years of development experience in the nonprofit and charitable world. For the past nine years he has served as chief development officer for Foundation Fighting Blindness. In that role, he oversaw the work of 50 chapters and was responsible for the foundation’s direct mail, planned giving, marketing, communications, media, Internet, and database departments. Prior to that, he held key positions with Planned Parenthood, People for the American Way, and the Enterprise Foundation. Jim began flying when he was in college and currently owns a Beechcraft Sundowner.

Perry, who has a diverse background in general aviation and military aviation, has spent the past year as director of fleet and special mission aircraft sales for Cirrus Aircraft. Prior to that, he completed a 20-year career in the U.S. Navy as an F-18E squadron commanding officer. During his naval career, Perry held numerous senior aviation safety leadership positions which included: director, F-14 Tomcat fleet safety programs; Carrier Air Wing 3 and 7 safety director; and F-18E Super Hornet carrier pilot training manager. In addition to being an F-18 and F-14 pilot and instructor, he holds ATP, CFII, and MEI certificates.

“We’ve found two very talented leaders to fill these roles,” said Baker.  “We look forward working with them as we continue to grow the charitable and safety missions of the AOPA Foundation and the Air Safety Institute.”

Both Minow and Perry will begin transitioning into their new roles in September.