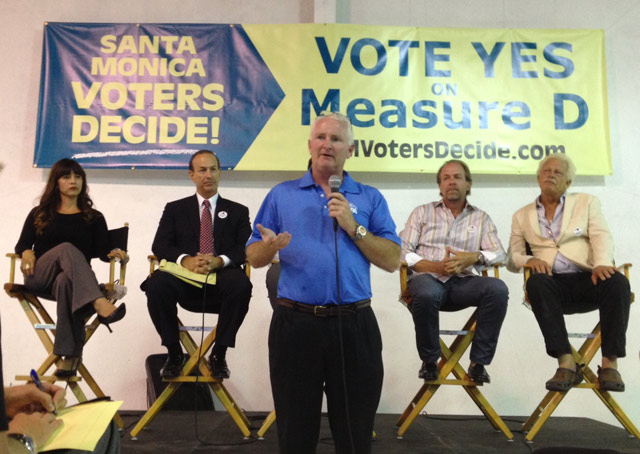 Advocates for Santa Monica Municipal Airport gathered Aug. 25 to rally support for Measure D, a ballot initiative that would require voter approval before the airport can be closed or redeveloped.

The rally, hosted by Santa Monicans for Open and Honest Development Decisions, attracted a standing-room-only crowd and featured a panel of local airport advocates who spoke about the importance of the airport to the city’s economy and quality of life. Santa Monica Municipal covers 227 acres in the heart of the city, is home to 175 businesses, and is responsible for 1,500 jobs and a quarter billion dollars in annual economic activity. The airport also serves as a critical general aviation reliever in the crowded Los Angeles Basin. 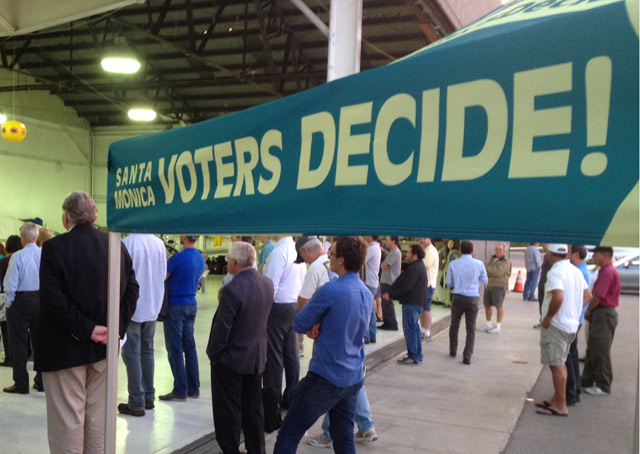 During the rally, panelists urged pilots, airport supporters, and Santa Monica residents to educate family and friends about Measure D, support the campaign, and above all go the polls in November.

Following the panel discussion, AOPA President Mark Baker and National Business Aviation Association President Ed Bolen spoke briefly, thanking airport supporters for their efforts to preserve the iconic field that contributes so much to the community and encouraging attendees to get out and vote.

“For years, a small number of vocal individuals have tried to strangle, close, or redevelop the airport,” Baker said after the event. “But the majority of Santa Monica residents value this irreplaceable community asset and they don’t want the added traffic and congestion that could come with redeveloping the land. For nearly a century, this airport has served the people of Santa Monica and they deserve a say in determining its future.” 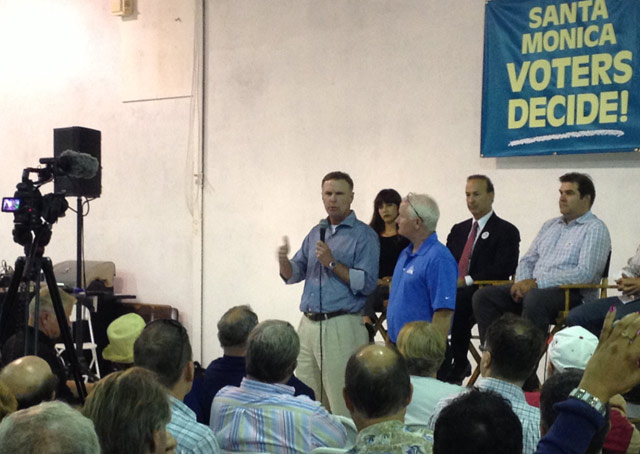 Measure D, which AOPA supports, will not be the only item concerning Santa Monica Municipal on the November ballot. The city of Santa Monica has sponsored a competing initiative, known as Measure LC, which would keep control of the airport’s fate in the hands of the city council, allowing the airport to be closed and permitting certain types of redevelopment without voter input.

Santa Monica Municipal has been the subject of numerous legal actions in recent months. In February, U.S. District Judge John F. Walter granted a motion from the Department of Justice and FAA to dismiss a lawsuit designed to release the city of Santa Monica from its obligation to continue to operate the field as an airport. 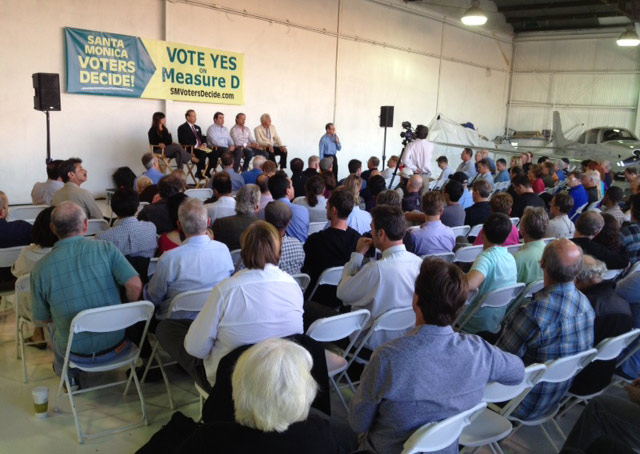