Get the app Get the app
AOPA will be closed July 4th, in observance of the Independence Day holiday. We will reopen at 8:30 am ET on Tuesday, July 5.
News & Media DeSoto heliport hangs the welcome sign

The DeSoto Heliport is officially open for business. But don’t look for it in your GPS. The Texas facility is so new that it doesn’t yet have an identifier.

More than 200 people were in attendance at the grand opening ceremony Aug. 27, marking the culmination of years of work between a diverse group of stakeholders.

What began as a conversation in 2008 between the then-mayor of DeSoto and SKY Helicopters’ Ken Pyatt finally came to fruition as a true collaborative effort between the city of DeSoto, the city’s economic development group, the state, and SKY Helicopters, each of which has a financial investment in some portion of the facility.

The public-use heliport covers 19 acres, one of which is a concrete landing pad and plenty of ramp space. There are more than 35,000 square feet of hangar and terminal space, pilot lounges, a self-service fuel farm with 100LL and Jet A, and more. Pyatt said the heliport’s proximity immediately south of Dallas offers easy access for the entire Dallas-Fort Worth metro area, and is at the confluence of three interstates.

Pyatt estimates the heliport will eventually see more than 55,000 operations a year between his company’s training operations, news gathering, light commercial work, transients, and ultimately a few more based tenants.

SKY Helicopters currently operates a flight school, maintenance, and contract flight operations out of the Garland/DFW Heloplex on the northeast side of Dallas. Pyatt said he expects DeSoto will compliment and add to the company’s business, rather than take away from what they are already doing at Garland. 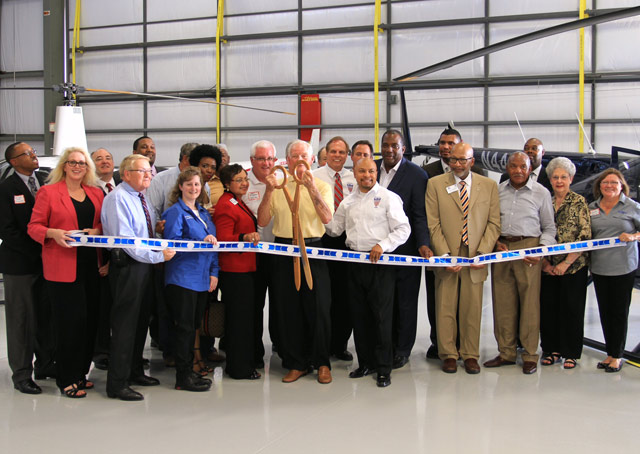