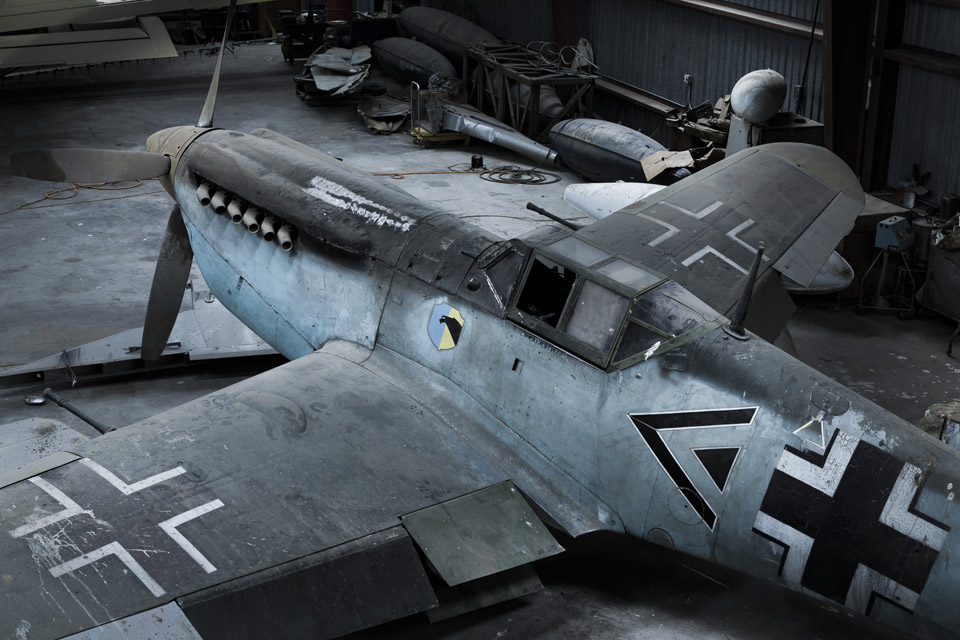 These stories are almost always wild exaggerations or outright fiction. But if you’ve ever heard of the cache of iconic warbirds at Wilson Connell “Connie” Edwards’ west Texas ranch, it’s absolutely real.

The irascible former movie pilot who made a fortune in the oil business has added to his vast inventory of mostly World War II-era fighters, seaplanes, and surplus parts for more than a half century. Now, he’s decided to sell many of them—but only on his own nonnegotiable terms. 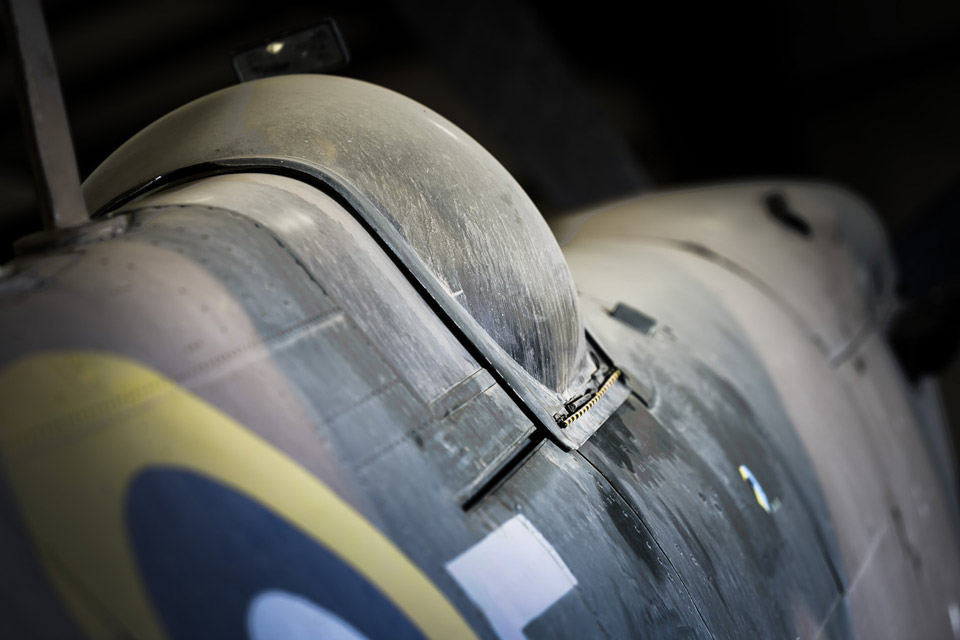 “People can either pay my price or go to hell, I really don’t care which,” says Edwards, 80, who is perhaps best known for choreographing and flying many of the aerial scenes in Battle of Britain, a 1969 movie that starred Michael Caine and Sir Lawrence Olivier and featured more than a dozen Messerschmitt Bf 109s (technically Spanish-built HA-1112 Buchons), Heinkel He 111 (CASA 2.111) bombers—and, of course, British Spitfires and Hurricanes. “I know the value of what I’ve got, and I don’t haggle. Pay my price, or don’t waste my time,” Edwards says.

A Spitfire that actually flew in the real Battle of Britain is the jewel of Edwards’ fleet, as well as a half-dozen Buchons (including a rare two-seat model) that he took in partial payment for his work on the film. There’s also a P-51 Mustang that looks exactly as it did when imported from Guatemala in the early 1970s, and two PBY Catalinas. Edwards flew one of the PBYs to England and back in 1986, and a second—known as the Green Turtle—has a Calypso paint scheme and plush yacht-like interior. (There are also two shipping containers full of surplus PBY parts and specialized tools.)

A recently polished Grumman Mallard is tied down outside. So are several Piaggio Gull airframes, and parts for many more.

The impetus for the sale is the tragic 2013 death of Edwards’ son Wilson Connell “Tex” Edwards Jr., an accomplished warbird and agricultural pilot. Tex was killed in a car accident near the family’s ranch about 60 miles east of Midland/Odessa. He’s buried in a family plot on the ranch, which is located in the arid, cotton-growing portion of the state.

“I was going to give it all to Tex,” Edwards says. “He was a fantastic pilot and absolutely excelled at everything he did in aviation. But now that he’s gone, there’s no sense keeping it.”

In the 1980s Edwards donated two highly coveted aircraft to the Experimental Aviation Association—a P-38 Lightning and an F-4U Corsair—and both are on display at the EAA museum in Oshkosh. He also helped found the Commemorative Air Force (then the Confederate Air Force) but has had a bitter split with the Texas-based organization. He has been an AOPA member for more than 50 years. 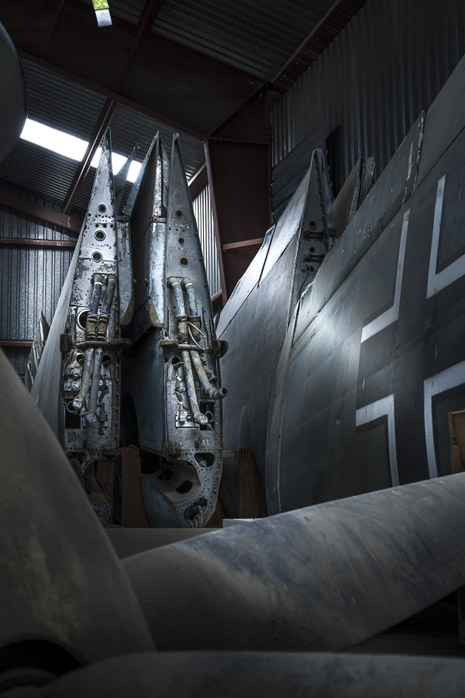 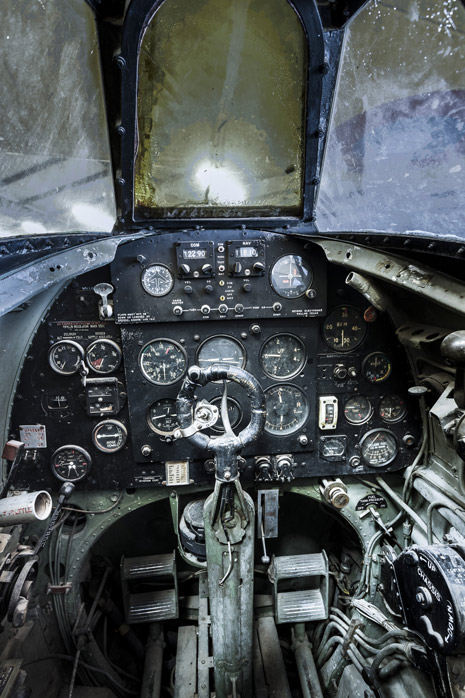 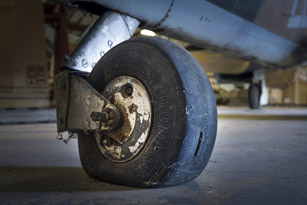 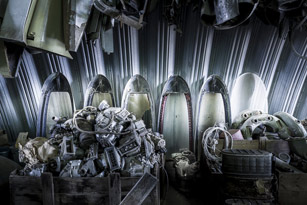 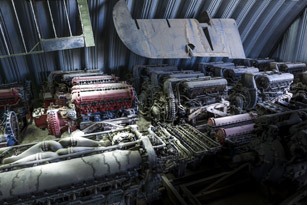 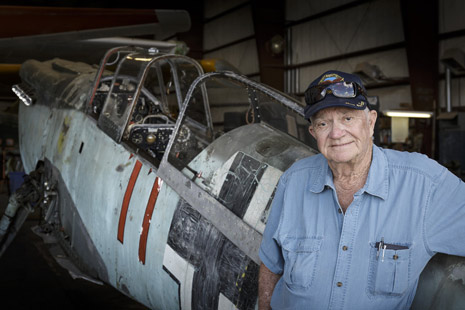 Edwards says he doesn’t regard his many airplanes as a “collection,” just unrelated objects he bought or traded for because they interested him. Logistically, the ongoing acquisitions required building an ever-expanding hangar complex (more than 100,000 square feet) in which to store them. He’s never offered public tours, and his out-of-the-way runway, hangars, and castle-themed home are strictly private.

“I’m not interested in hearing other pilots’ war stories or telling them mine,” says Edwards, who soloed when he was 16 years old and later flew throughout Central America and the Caribbean in his twenties for a series of shadowy firms he prefers not to discuss. “I’m really not in the airplane business at all. I’m in the oil, ranching, and stone business. I only own airplanes for fun.”

Edwards’ favorite airplane is a blue-and-white Piper Super Cub with an oversized 180-horsepower engine that isn’t part of the sale. He’s unsentimental about the rest. Many of his aircraft haven’t flown in years, and the hangars and their contents are constantly subject to the region’s unrelenting wind, heat, and dust.

Tall shelves are piled with seemingly forgotten tools, parts, hardware, and solvents. The airplanes sit just as they were at the conclusion of their last flights, sometimes with headsets on glareshields, long-expired aeronautical charts unfolded on the seats, and empty cups and drink cans in cabins.

An entire hangar is filled with a treasure trove of warbird engines. Two never-used, right- and left-turning Allisons for a P–38 are bolted on stands; dozens of Rolls-Royce Merlins are in various states; and an overhauled Pratt & Whitney R-985 is wrapped in plastic sheeting.

Aircraft aren’t the only motorized vehicles in the hangars. There are cars, too, including a 1964 Corvette, a 1958 Cadillac El Dorado Brougham, an original VW Thing, a police Harley-Davidson motorcycle, and a half-dozen aged mini-bikes

Edwards says he really doesn’t care what happens to the airplanes after they leave—although he assumes that anyone willing to pay premium prices for them likely will restore them to flying condition. But if not, that’s the new owners’ concern, not his.

“If they can afford to buy them, they probably have enough money to restore them,” he said. “If not, they’re better off not even trying.” 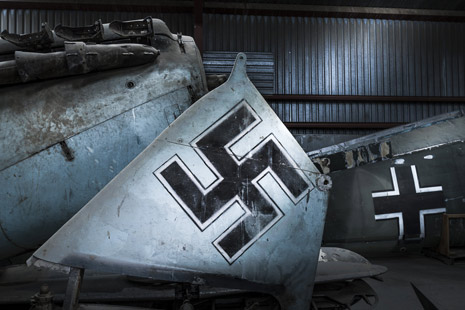 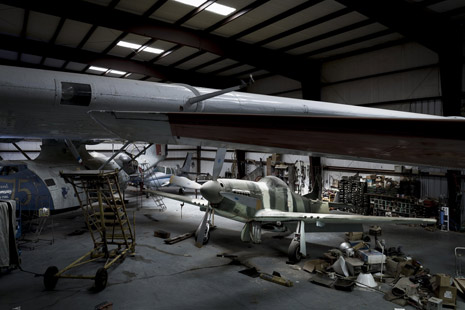 Edwards has been exceptionally successful in business, and he attributes his wins to “dumb luck” and being in the right place at the right time. His family’s vast land holdings sit atop huge amounts of oil and natural gas, and new drilling techniques have dramatically increased their output at a time of high commodity prices. Another mineral discovery here, Texas stone, is in demand among high-end home builders. (Edwards is a self-taught stone carver whose grounds are decorated with elaborate stone artwork of his own creation.)

A fly-in guest to the Edwards ranch in the late 1970s came to hunt quail and became a family friend. That was Sam Walton, founder of Walmart, and Edwards was an early investor in what became the world’s biggest retail chain.

Edwards once owned more than a dozen P–51 Mustangs, many of them bought from military boneyards. He says he never paid more than $15,000 for a Mustang, and now such aircraft sell for $1.5 million or more.

Edwards has long been a controversial figure in historical aircraft circles, and he is full of contradictions. He’s at once flamboyant and reclusive, worldly and profane.

Terry Adams, a T–6 pilot and restorer who was a close friend of Tex, is preparing Edwards’ exotic aircraft for sale. Adams is a retired Snap-On Tools executive, and he lives in San Antonio and comes to the Edwards ranch for days at a time to help get things inventoried and organized.

While Adams is at the hangar complex, Edwards stops by each morning in a Ford pickup with his dog Hunter, a miniature Australian shepherd, to plan the day’s activities. He swings by in the evenings, too, to barbeque and drink Texas-brewed Shiner Bock beer from long-neck bottles.

Edwards speaks in off-color colloquialisms delivered with a flinty drawl. Something conspicuous, he says, “shines like a ruby in a goat’s ass.” A person of low intelligence “doesn’t have the sense to pour piss out of a boot with directions printed on the heel.”

Edwards can be charming, engaging, and funny when telling stories of the times he spent flying with English, Spanish, and German pilots in Europe filming Battle of Britain. He also is one of the few pilots on the planet who can authoritatively compare the flight characteristics of some of history’s most renowned aircraft. 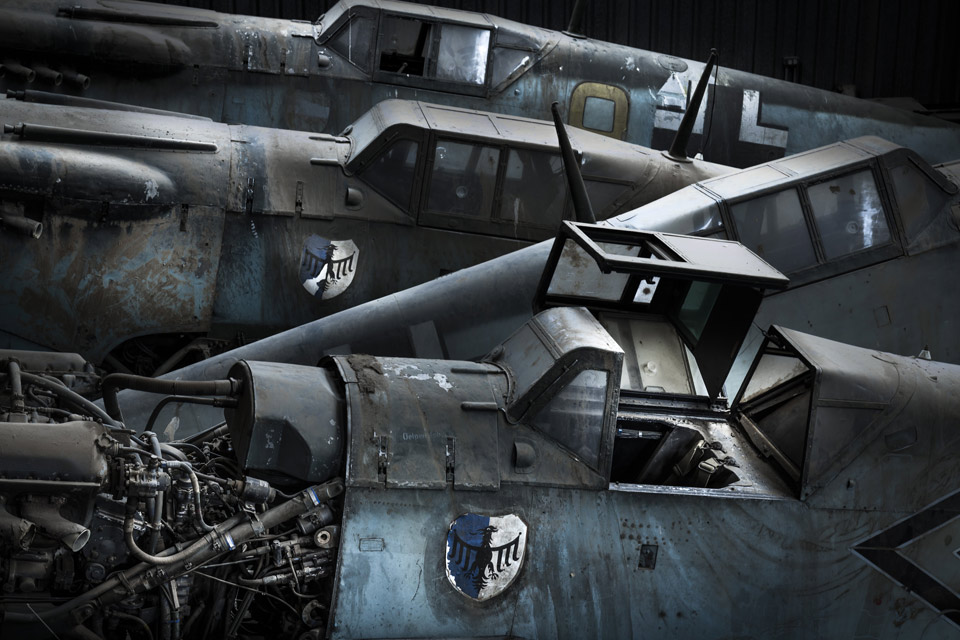 These Spanish aircraft were painted in German colors for the Battle of Britain movie. They are equipped with Rolls-Royce Merlin engines.

With many hundreds of hours in both the P–51 and Bf 109/Buchon, for example, he says the German-designed aircraft is far and away the more nimble fighter. “It’s not even a close contest,” he says. “In the hands of a similarly trained and experienced pilot, the 109 wins hands-down.” Edwards recounts a truism by Luftwaffe fighter ace Adolf Galland: “Most pilots expect their airplanes to perform. The Me 109 expects its pilot to perform.”

Among seaplanes, he says the Grumman Albatross is head and shoulders above the Consolidated PBY, although there’s a great deal of variation in quality, performance, and flying characteristics of individual PBYs.

Edwards also inspires lifelong loyalty from some of the people who know him best. A foreman who has worked on the family ranch more than 40 years says the Edwards family’s steadfastness makes him want to stay forever.

And Edwards’ generous actions don’t always align with his incendiary words. For example, Adams recently sought to acquire a rare 1932 Ford Coupe that had been sitting idle in one of the Edwards hangars for decades.

“They said Connie would never sell that car because it belonged to his [late] brother [William Prior “Budo” Edwards],” Adams recalled. “So I asked Connie if he’d ever let it go, and he said he would, for the right price. I told him that I wanted to buy it, and I’d pay anything he asked. I’d write him a check on the spot.”

Then Edwards surprised Adams by turning down what could have been a tidy profit. “Connie just looked at me, smiled, and said ‘Merry Christmas, Terry. The car’s all yours,’” Adams said. “He wouldn’t take a cent for it.”