Get the app Get the app
AOPA Members DO more LEARN more SAVE more - Get MORE out of being a pilot - CLICK HERE
News & Media Pilots: Cloudman Craig Peyton

Giving up is not an option 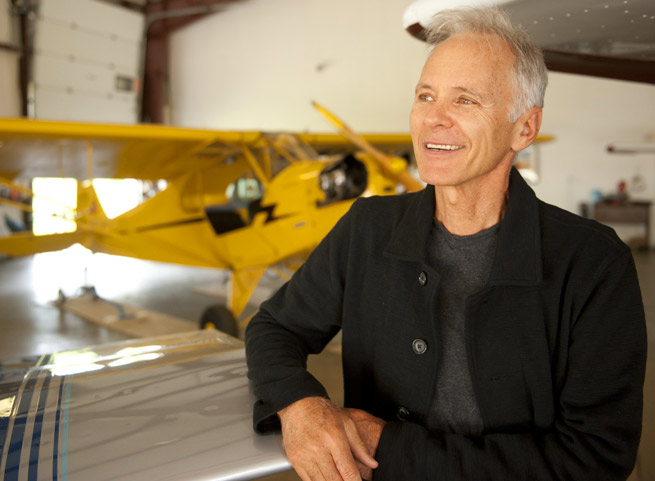 Once upon a time, a Hudson Valley sky cowboy wrangled clouds. With the help of his trusty Mooney and a camera, he got so good at it that he was nicknamed “Cloudman,” for the dreamy cloud images he captures on film. It’s a labor of love for acclaimed musician and aerial cinematographer Craig Peyton, whose stunning cloud scenes regularly show up in movies, TV shows, and advertisements, including the Islands of the Bahamas.

About a decade ago, the clouds that comprise Peyton’s remarkable career turned dark when he was diagnosed with Stage IV esophageal cancer. Given a two-percent chance to live, Peyton submitted to brutal experimental cancer treatments that nearly did him in. In addition to radical medical regimens, he explored alternatives from the holistic to the hellish, in a desperate attempt to save his life. That’s when a healer told him he would die.

She was dead wrong.

Somehow, Peyton found the strength to endure the hideous chemo and radiation treatments (that initially burned his veins black), and lived to publish an eBook about it in 2012. Cloudman—Surviving Stage IV Cancer: A New Beginning inspires us to hold on in the toughest of times, proving that anything is possible—including a second shot at life. It is available on the Kindle. Baring his soul in this remarkable survival story, Peyton’s story invokes tears, yet inspires hope. For anyone suffering from anything that seems insurmountable, who may be ready to throw in the towel, Cloudman empowers. It’s a testament to why giving up is not an option, demonstrating how things sometimes can turn around.

At the same time Peyton was grounded for treatment, his Mooney was in the shop undergoing extensive reconditioning as well. New paint. Spruced-up interior. New windows. Interesting how both pilot and flying machine simultaneously underwent similar fates—a transformation, a rebirth of sorts.

Today, the sky cowboy is back in the saddle. Cancer-free and flying his treasured Mooney, Peyton, yet again, captures the cloud images found on the small and silver screens. His primary motivation to cheat death was, first, his son—and second, his desire to get back to the clouds, fueled by his love of
aviation. Peyton says, “Live while you can. Carpe diem.”