Get the app Get the app
AOPA will be closed July 4th, in observance of the Independence Day holiday. We will reopen at 8:30 am ET on Tuesday, July 5.
News & Media Training Tip: The power of preheat

Training Tip: The power of preheat 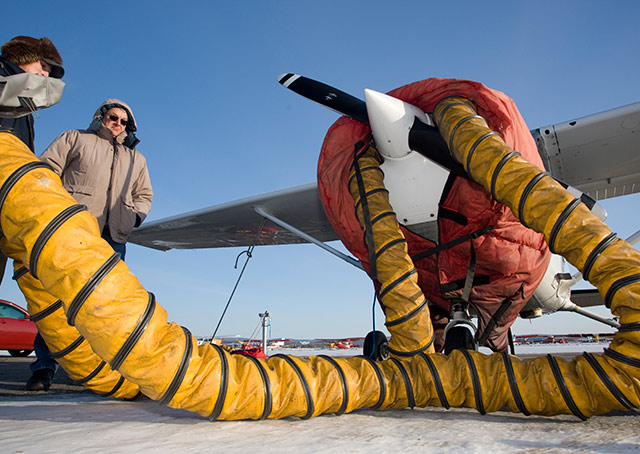 It’s a chilly, post-frontal-passage morning as a student pilot arrives at the airport for a local practice flight.

It’s such a frigid morning that for the first time this season the threshold has been reached for applying cold weather aircraft operations. Line crewmembers are busy preheating aircraft scheduled for early flights; the pilots stand by, ready to get under way promptly before the beneficial effects of preheating are lost to the icy breeze.

Good thing you anticipated this morning’s conditions and called ahead to request your own trainer’s preheat. Not only will that avoid delay—preheating all those aircraft takes time, after all—but it will eliminate the risks and uncertainties of attempting to start a cold engine.

Even for a pilot trainee who has taken and passed a pre-solo written exam and logged dual and solo flight time in an aircraft, cold-weather operations constitute a subject worthy of special review when the seasonal change of conditions arrives—especially if you fly an aircraft with a carbureted engine. That’s because "on carbureted engines, cold starts are arguably the most difficult and provide a test of the pilot’s understanding of aircraft systems," says the Air Safety Institute’s Safety Advisor Engine Operations.

For one thing, the oil in a preheated engine, or an engine equipped with an oil heater, will be uncongealed, making it easier for the starter to do its job when you turn the key—but be sure to avoid excess cranking.

"Starters are small electric motors designed to draw large amounts of current for short periods of cranking. Should the engine fail to start readily, avoid continuous starter operation for periods longer than 30 seconds without a cool down period of at least 30 seconds to a minute (some AFM/POH specify even longer)," explains Chapter 2 of the Airplane Flying Handbook.

Congealed oil is a poor lubricant. The safety advisor notes that when temperatures are below 20 degrees Fahrenheit, a cold engine start "can cause metal parts to rub together and cause extreme wear in a very short time."

Cold weather also affects fuel, which may not vaporize properly in an unheated carbureted engine.

Once you achieve a successful start in cold weather, don’t rush to get airborne. Follow your pilot’s operating handbook’s recommendations for a suitable warm-up period (at the prescribed power setting) and check for the engine’s response to throttle inputs before attempting takeoff.