Get the app Get the app
Already a member? Please login below for an enhanced experience. Not a member? Join today
News & Media NTSB: Inexperience a factor in 2012 crash

NTSB: Inexperience a factor in 2012 crash 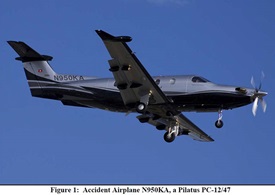 An NTSB investigation determined that a Pilatus PC-12 broke up over Florida not because of adverse weather, but loss of control in instrument meteorological conditions by a pilot relatively unfamiliar with his recently acquired aircraft.

The Bramlage family had departed Fort Pierce, Florida, after a customs stop, and were headed home to Junction City, Kansas, when the trouble began. Ronald Bramlage first flew his 2006 PC-12/47 a month before the June 7, 2012, crash that killed him, along with his wife and four children.

Investigators concluded Bramlage, who completed transition training in May 2012 that included ground and simulator instruction and 19 hours of dual instruction in the aircraft, was qualified under the regulations to act as pilot in command, though “his lack of experience in the make and model airplane was evidenced by the fact that he did not maintain control of the airplane after the autopilot disengaged.”

Exactly why the autopilot disengaged (an event recorded by avionics) in the midst of a right turn to avoid weather ahead remains unknown. Investigators noted that Bramlage had activated propeller de-icing and inertial separator during the climb, but not the de-icing boots. The autopilot disengaged while the aircraft was banked about 25 degrees right, in instrument meteorological conditions, and Bramlage attempted to troubleshoot the autopilot as the bank angle increased to 50 degrees and the aircraft began to descend.

The bank angle increased to between 75 and 100 degrees as the aircraft descended rapidly from 25,000 feet in the final seconds of the flight. After descending about 10,000 feet and reaching 338 knots—about 175 knots above maneuvering speed—“the pilot likely applied either abrupt or full aft elevator control input, resulting in overstress fracture of both wings,” the NTSB summary states.

Investigators estimate, based on logbook and aircraft data, that Bramlage had logged about 755 hours total time, the vast majority of it in piston singles (NTSB study of the pilot’s logbook revealed record-keeping errors) before launching on the flight home from the Bahamas. By the time he launched his final flight, Bramlage had flown about 38 hours in the Pilatus, investigators estimate. He had not logged any actual instrument time in the seven years before buying the Pilatus and obtaining training that included an instrument proficiency check. 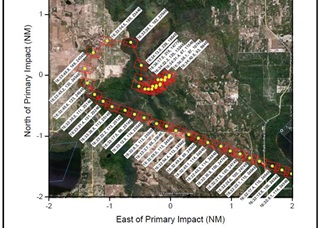 Investigators subpoenaed a student who trained with Bramlage. While this pilot, a retired airline captain, had high praise for the training program and instructors, and was reluctant to criticize Bramlage’s competence, “when asked if he thought based on his experience that the accident pilot was behind the airplane, he said he would have to say yes.”

Bramlage told another pilot, who flies a PC-12/45, that it took a long time to perform tasks “because he does the checklist twice.” Bramlage asked that pilot questions about use of the inertial separator prior to departure on the accident flight.

Investigators found no evidence that mechanical failure contributed to the crash. The NTSB ruled Nov. 24 that the probable cause of the crash was: “The failure of the pilot to maintain control of the airplane while climbing to cruise altitude in instrument meteorological conditions (IMC) following disconnect of the autopilot. The reason for the autopilot disconnect could not be determined during post-accident testing. Contributing to the accident was the pilot's lack of experience in high-performance, turbo-propeller airplanes and in IMC.”

The Bramlage family was well known in Kansas, and more than 2,000 people attended the memorial service, according to the Kansas City Star. 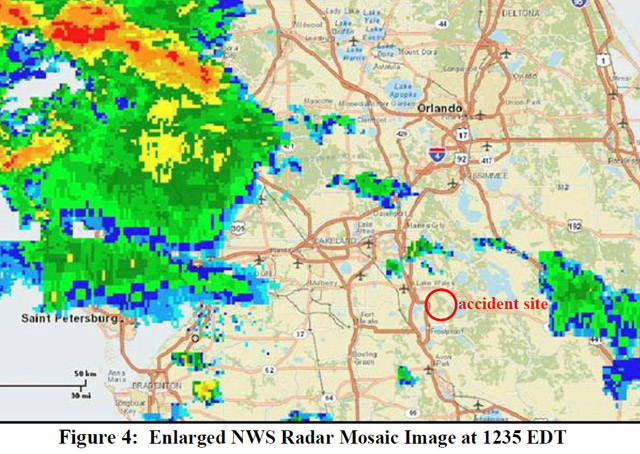