Get the app Get the app
Already a member? Please login below for an enhanced experience. Not a member? Join today
News & Media New approach to quiet 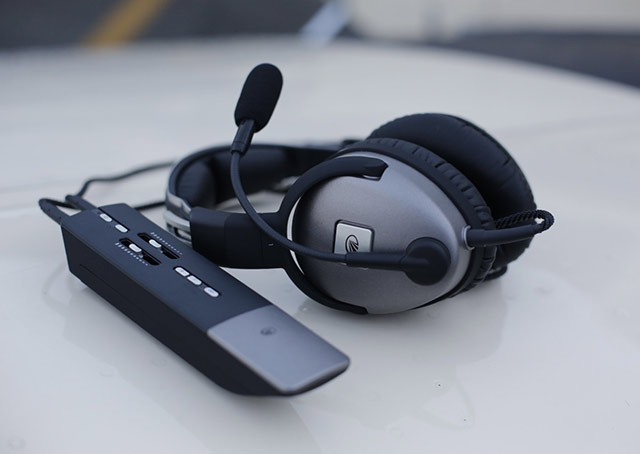 Lightspeed Aviation assembled the hardware and analytical tools in 2010 for what became a nearly four-year mission to take noise cancellation in the cockpit to a new level, an effort that has been recognized within aviation, and now by nonpilots as well.

“Every previous aviation headset has a fixed audio profile. Bass and treble levels are set at the factory. With Zulu PFX, for the first time the user could customize the audio to his or her taste,” said Lightspeed Aviation Director of Marketing Ed Hansen, in a recent email to AOPA describing the development of the Zulu PFX in some detail.

AOPA Editor in Chief Tom Haines reviewed the headset in August finding it the “quietest headset I have used,” and other pilots have also praised the $1,100 headset which hit the market this year. The Zulu PFX was recognized by CES in a category (in-vehicle control and navigation accessories) dominated by automotive products—two dashboard camera systems, a remote starter with integrated GPS features, and a wireless audio and video entertainment system are among the other honorees in the category. The Zulu PFX is the only aviation product in this year’s lineup of dozens of products selected by an independent panel of industrial designers, engineers, and electronics trade writers.

“We are honored by this very prestigious recognition,” said Lightspeed Aviation President and CEO Allan Schrader, in a news release. “We've been delighted with the outstanding reception Zulu PFX has received within the aviation community since we began shipping it in July and now we are truly humbled to be counted among the world's innovation giants.”

Lightspeed, Hansen wrote, decided four years ago to pursue an entirely different noise cancellation strategy, believing that the noise canceling capability of a closed-loop analog system had reached its zenith. Engineers opted instead to pursue fixed feed forward cancellation with a digital microprocessor at the heart of the system. Digital noise reduction had been researched in the 1990s, “but with the tools available at the time, we felt we could not improve on analog version,” Hansen wrote. Advances in digital technology in the intervening years changed that equation. More robust mathematical data analysis tools allowed engineers to program the headset controller to better differentiate noise from the signals a pilot needs to hear.

The new headset, which shares a chassis (headband and earcups) with its predecessor, the Lightspeed Zulu.2, was tested in a sound booth, in cars, and in aircraft. The goal was to create a system that adapts noise cancellation as the sound environment changes (such as when a pilot dons or removes sunglasses), discards infrequent noise events such as a cough or canopy latch closing from the noise cancellation equation, and differentiates various unwanted noises (prop noise, wind, engine exhaust) from the ATC communications that a pilot needs to hear clearly.

“All of this is hard enough to tame with a fixed noise profile (the approach all other aviation headsets take, even the very few using feed forward), but we set out to make a headset that would provide quieting in any combination of the factors above, dynamically and continuously,” Hansen wrote.

An array of microphones inside and outside the earcup monitor sound in much the same way as other active noise reduction headsets, though the headset’s microprocessor evaluates those noise inputs digitally.

“The microphones and their precise placement were both complex puzzles to be solved,” Hansen wrote.

Dubbed “Streaming Quiet,” the adaptive digital noise cancellation system was fine-tuned over hundreds of flights, and the design team also incorporated another new feature: FlightLink, an iOS application that allows the headset to be controlled and personalized with an iPad or iPhone. The app (also compatible with previous Lightspeed headset models, though with limited features when used with those older models) allows the pilot to adjust the sound of various input sources (intercom, music, cell phone) independently, and record intercom and radio communications for playback in flight (in case an ATC call is missed), or later. The app also has a scratch pad feature. FlightLink also will allow the headset firmware to be upgraded in the future, and Hansen said Lightspeed already has a few new features in the pipeline, though he offered no specifics.

“Other products have this firmware upgradeability, but it has never been done in an aviation headset before,” Hansen wrote. “Of course, the overriding challenge was to make sure the complex system of interacting functions not only worked in perfect synchronization, but also worked invisibly, so that the pilot’s experience is easy and seamless operation.”