Get the app Get the app
News & Media Training Tip: A pre-solo assessment 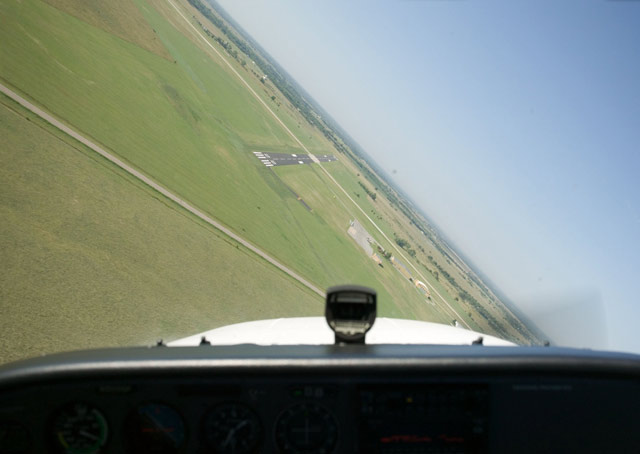 A student pilot is flying the traffic pattern at the home airport, and has slowed the aircraft and added flaps before starting the turn to final for a landing in a 10-knot wind on Runway 33.

What’s this? Despite flying at the correct airspeed and commencing the turn above the local big-box store as usual, the sight picture from the left seat shows the trainer sailing past the final approach path.

The right seat is also occupied. But rather than give advice, the flight instructor sits, waiting for the student (who is nearing a first solo) to sort things out. The outcome will reaffirm the confidence that the CFI has developed in the trainee’s judgment, or become a back-to-the-drawing board moment if any tendency toward risky maneuvering emerges.

The overshoot isn’t a deal-breaker; the corrective action will be much more revealing. A go-around would certainly be prudent, but a cautious, gradual attempt to realign the aircraft with the final approach course may still work if initiated without delay. A steep, aggressive maneuver made in a hasty attempt to recapture the final approach course would be a serious setback.

After the flight, the debriefing session will especially focus on why the approach deteriorated. The instructor had seen it coming long before the aircraft ever turned base. Reported surface winds were 310 degrees at 10 knots. That suggested preparing for a slight left crosswind component on final. It also hinted at a slight tailwind component to watch out for on the base leg of the left-hand traffic pattern.

That general wind condition was confirmed on the left downwind leg, when the trainer’s gradual drift in toward the runway had gone uncorrected as the busy student pilot communicated with the tower, performed pre-landing checks, and kept watch for other reported local traffic.

Had the student pilot sized up the situation early, crabbing few degrees into the wind would have arrested the drift, and flying a slightly wider downwind leg would have bought time to manage the groundspeed increase when the turn to the base leg began.

That’s the real lesson: Developing the ability to anticipate conditions based on reported winds and your own observation of your ground track lets you make small corrections early in the traffic pattern, eliminating the need to contemplate bigger adjustments later, when you are flying at a lower altitude and a higher angle of attack.