Get the app Get the app
AOPA Members DO more LEARN more SAVE more - Get MORE out of being a pilot - CLICK HERE
News & Media P&E: Proficiency

Looking for an instrument proficiency tool that is quite a few steps removed from shooting approaches under the hood with your pilot buddy?

Rusty under the hood? This boot camp will put you through the wringer 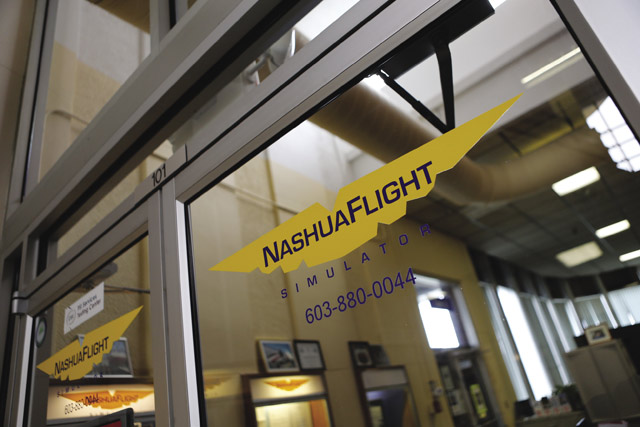 Looking for an instrument proficiency tool that is quite a few steps removed from shooting approaches under the hood with your pilot buddy?

Not comfortable with flying in the system, even though you’ve got an instrument rating that you spent quite a bit of time and money to achieve?

Wondering if shooting approaches in a simulator is giving you any kind of edge in keeping proficient?

The newest training program from Pilot Workshops is a scenario-based program in which you fly four missions in a simulator over the course of a single day. Yes, it’s a long day. Yes, you’ll be worn out. But that’s the point. It’s a boot camp, not a retreat.

“We want you to feel overwhelmed,” said Pilot Workshops founder Mark Robidoux. But you’ll be properly prepared going into each mission, so there’s plenty of learning to be had.

Sweating in the sim

Adding to the realism is that you’re talking to air traffic control—or a reasonable facsimile thereof—throughout. The sim is integrated with the PilotEdge network, which means you’re talking real-time with a “controller,” a live human being who issues clearances and vectors you must follow. Meanwhile, you can see and hear other pilots flying in the PilotEdge network—and they can see and hear you.

No walk in the park

There I was, parked in front of the sim at Nashua Flight Simulator in Manchester, New Hampshire—but sliding along an airway in simulated Southern California airspace. When ATC threw me a curveball (no spoilers), I wanted to spit. Already overloaded from a complicated obstacle departure procedure, I wondered if the Austrian pilot flying a Baron and the young man piloting a Pilatus could hear the stress I felt as I acknowledged ATC.

Smith was adamant that Bootcamp participants must experience end-to-end flights, Robidoux said. “A lot of what happens with straight sim training [is] you get into the mindset of ‘let’s do approaches’ or ‘let’s fail something,’” he said. “GA pilots learn how to do attitude instrument flying—they can track [and] hold altitude—but they have a tough time putting it all together.”

Bootcamp participants don’t simply shoot approaches. Working one on one with a CFII, you plan the flight and review the weather, terrain, and airspace. The CFII can perform any number of roles: instructor, pilot right-seater, passive passenger—or simply observe while you engage in single-pilot IFR.

Missions are flown on a FlyThisSim TouchTrainer, a touchscreen Basic Aviation Training Device that utilizes a yoke, throttle quadrant, and rudder pedals, but also lets the user start the engine, tune radios, switch fuel tanks, and adjust lights by touching simulated knobs, switches, and levers on the display. The TouchTrainer can be quickly reconfigured among various panels and avionics installations so that you, the Bootcamp survivor, can take what you learned directly back to your own airplane. Working with live ATC in a cockpit that closely resembles your own facilitates a higher level of learning, according to Smith.

If you use Foreflight or WingX, you can synch your mission on the moving map. (FlyQ support is not yet available, though it is said to be forthcoming. Garmin Pilot is not supported for the moving map, but pilots can still use it to view taxi diagrams, weather, en route low-altitude charts, and approach charts as needed.)

When you shut down the virtual aircraft, you and your CFII will do a thorough debrief. You can see your ground track on the TouchTrainer and also critique your ATC interaction via PilotEdge’s archived audio files or via the PilotEdge home page. “It’s a perfect debriefing tool,” Smith said of PEAware.com, noting that the files are continuous recordings with no dead air. Flight tracks can be viewed on PEAware.

Going into the Bootcamp, I was a long-out-of-currency instrument pilot who stumbles when talking to ATC. Emerging from the Bootcamp, I felt as though I’d been put through the wringer—but I also felt more confident in my instrument flying abilities, and I noticed a definite improvement in my radio technique.

Time in the TouchTrainer can be logged toward an instrument proficiency check. The Bootcamp itself does not fulfill all the requirements of an IPC, but you can rent an airplane and schedule time with a CFII at the participating location to complete the IPC.

Simulated flying takes place in Los Angeles Center’s airspace, so you get lots of exposure to complicated airspace. Those who complete Level I of the Bootcamp can add Level II, which includes four different scenarios that are strictly single-pilot IFR—no help allowed—although you still get a full briefing and debriefing.

Since the Bootcamp debuted in April 2014, Robidoux said feedback has been “through the roof.” Now available in six locations, the curriculum has been refined to ensure that every client gets the same experience—whether you visit Manchester; Houston; Naples, Florida; Van Nuys, California; Atlanta; or Chicago.

Each Bootcamp level costs $1,190. AOPA members can get an immediate $200 discount, thanks to the Pilot Workshops Premier Partner relationship. The cost can be split between two pilots. If you don’t have a friend or partner to split the cost, Pilot Workshops will find a pilot for you.

Coming to a computer near you: virtual Bootcamp

Pilot Workshops and PilotEdge are creating a virtual IFR Bootcamp that will be available online. It will include a comprehensive ground school and allow you to ride along with PilotEdge founder Keith Smith via video segments of end-to-end flights that show ATC interaction, instructor briefings, and color commentary. Pilots who purchase the online Bootcamp can apply 100 percent of the tuition toward a live IFR Bootcamp experience at one of the six regional training centers.